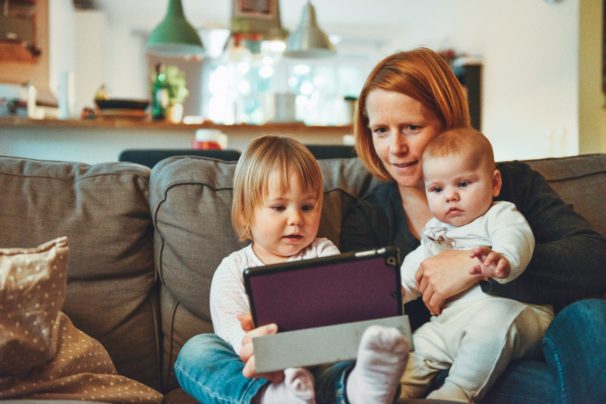 After giving birth, women can struggle to access reliable resources and trustworthy information regarding their own health. There can be confusion surrounding what is and what isn’t normal after childbirth and many mothers unnecessarily suffer in silence. Attempting to meet the needs of these women, Trinity College Dublin produced the course Women’s Health After Motherhood on FutureLearn.com. They collaborated with Universitat de Barcelona and received funding from EIT Health and Science Foundation Ireland to support the course. We spoke to Will Fox, Project Lead and Open Education Project Officer at Trinity College Dublin, to discuss the community focus of this course and the challenges, and advantages, brought about by collaboration.

Can you tell us a bit about the course, Women’s Health after Motherhood, who the course is aimed at and what it aims to achieve?

A study by the School of Nursing and Midwifery at Trinity College Dublin investigated women’s health experiences after giving birth. After talking to dozens of women, one theme came up again and again: the struggle to find quality health information postpartum.

Many felt that while they had been given so much support and advice along the journey from pregnancy to birth, that all seemed to evaporate once the baby was born. This was especially isolating to women who experienced health problems after giving birth. While they had heard about things like postpartum depression, they weren’t prepared for other health issues like incontinence and anxiety. They were shocked and embarrassed by these problems and didn’t know where to turn to find help. That’s why this course was developed: to provide vital information to women at a time when they need it most. It’s aimed not just at women who have recently given birth but also women who are either pregn

ant or plan to become pregnant. Partners are encouraged to join as well so that they can be better prepared for what their other half will go through.

What has been your experience of running this course online?

The response from students was hugely positive. There were so many personal stories in the discussion section from women who had suffered in silence; either too embarrassed to talk about their problems or they had their concerns brushed off by physicians. Many commented on how the experience of motherhood was so different than how they had imagined it to be and there was a strong sense of camaraderie and support between learners. As for women who had yet to become pregnant, they said they were glad they’d been given this information beforehand, that they felt so much more prepared for what was coming down the line. This response showed us why a free and accessible course on this topic was badly needed.

This course is a collaborative project between Trinity College Dublin, Universitat de Barcelona, and is supported by both EIT Health and Science Foundation Ireland. What has been the impact of collaborating with other education providers and organisations on this? What have been the pros and cons?

Two versions of the MOOC were created: an English-language and Spanish-language version. We said from the start that we wanted to build two courses that resonated with their respective audiences. The bulk of the course may have been made in Dublin but we didn’t want Spanish-language students to be watching a course tailored towards Irish audiences with a Spanish translation layered on top of it. The Spanish version needed to be something its audience could connect with culturally.

To achieve this, we brought the academics from Barcelona over to Dublin to shoot videos and record voice-overs, letting them put their own stamp on the course. The academics were only in Dublin for a few days so we had to squeeze a lot of work into a small time frame. The end result was definitely worth it, but there were some tough logistical problems at the time. Working with so many different stakeholders can mean more complications in terms of feedback and keeping everyone in the loop, but there were benefits too. More funding meant we were able to get more ambitious about the videos and interactive infographics we wanted to create and collaborating with well-connected organisations gave our marketing a serious boost.

What have been some of your key learnings from running this course?

Working on both an English and Spanish versions of this MOOC opened my eyes to all the tiny details that go into making a course applicable to different audiences. From videos to images to resources, if you want to make a course that connects with two distinct language regions, it has to be much more than a copy-and-paste. Getting feedback from the academics in Barcelona, who not only are fluent Spanish speakers but also have a strong grasp of local culture, was essential. Developing this course was also a good lesson in how important it is to have a main point of contact. The more people involved in making a course, the greater the risk of having too many cooks. So while we received input, advice and resources from a lot of different sources, there was always one person who had final say on the ultimate direction of the course. This helped to streamline what could have otherwise been a very messy production phase.