Find out more
Home How to learn to code – a beginner’s guide
Published on August 24th, 2020

Category: Career Development, General, How To, IT & Computer Science, Learning

Category: Career Development, General, How To, IT & Computer Science, Learning

Computer coding and programming are skills that are in high demand. We take a look at the basics of how to learn to code, as well as some links to free coding courses. 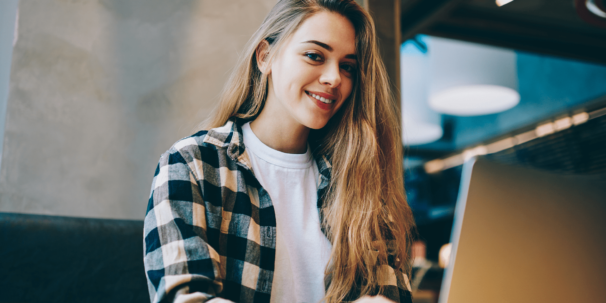 Computers are all around us. And, these days, nearly all electronic devices and machinery contain at least a little bit of computer code. But what exactly is it? We take a detailed look at how to learn to code, from the basics of what it entails, why you might want to do so, and where you can find the necessary resources.

As well as exploring these top-level details, we’ll also take a closer look at what coding languages are available to learn, how coding differs from programming, and how long your learning journey might take. If you’ve always wanted to know how to code, this article is the ideal first step.

Let’s start with the very basics. Words like programming and coding are often thrown around. Yet if you’re new to the field, the many technical terms and words associated with coding can seem a little confusing. So what is coding?

The first thing we need to understand is what computer code is. At its core, computer code is a language. Computers themselves only truly ‘understand’ one language, which is called binary. This mathematical language is composed of ones and zeros, which basically represent ‘on’ and ‘off’ functions. However, binary is complex and unwieldy and doesn’t translate well into the languages we speak and understand.

Of course, this is a very simple explanation, and there is a lot more to it. For example, various programs are needed to translate and carry out the code, and there are many different coding languages, as well as many different purposes.

What are the different types of coding?

As you can probably tell from using the many electronic devices that surround us, computer code can be used for many different things. Whether it’s the computer or smartphone you use to access apps, the automated systems that operate in factories, or your microwave oven, all use a type of code.

There are also several different styles of coding, known as paradigms, which are used to solve various different problems. We’ll not get into a detailed explanation as to the many coding paradigms, but we have outlined some of the main terms below:

These different paradigms and levels are used for all kinds of projects, job roles, and purposes. Whether it’s developing applications, creating websites, analysing data, or managing databases, there are different coding languages suited to different tasks.

What are the coding languages I can learn?

When you’re finding your feet with how to learn to code, the sheer number of languages can seem quite daunting. However, many are incredibly niche and obscure. In reality, depending on your aims, you may only need to know one language to get started in a career, and only a handful at most once you’re established.

Of course, there are plenty of other popular and useful coding languages. For example, if you want to learn to code for webpages, HTML and CSS are two of the essentials. They give websites (such as this one you’re reading) their building blocks and styling.

You’ve probably noticed that we’ve used the terms coding and programming throughout the article so far. But what’s the difference? Depending on where you look, you might get a slightly different answer. What’s more, plenty of people use the two terms interchangeably. However, there is a difference.

Coding is the process of writing code – producing commands that a computer can understand in a language understood by humans. Programming is the process of creating a functioning computer program or piece of software. So, coding is an essential part of programming, but the latter requires a host of additional skills and knowledge.

Why learn to code?

Before we move on to look at how to learn to code, it’s worth taking a moment to discuss why you’d want to do it in the first place.

Whether it’s for your career or as a hobby, there are plenty of reasons why you might want to learn to code:

The benefits of coding

Let’s start by looking at some of the benefits that come with knowing how to code. There are many reasons you might want to figure out how to learn to code, including:

It teaches hard and soft skills

Being able to program and write computer code is a hard skill that has many applications. And, whether you learn a coding language for a specific reason or simply as a hobby, it also teaches a variety of other soft skills. Creativity, problem-solving, analytics, and logical and abstract thinking are all associated with coding and programming.

Jobs are in demand

LinkedIn recently released a report on the most in-demand hard and soft skills that employers are looking for. Areas like blockchain and data analytics often require at least some knowledge of computer code. Similarly, careers in UX design and scientific computing are based on a strong understanding of programming principles. Learning to code can benefit your career now and in the future.

Programming is a skill that gives you many options. Not only does it mean that you can solve problems in a variety of different ways, but it also gives you flexibility in your career. You can utilise the skills you acquire in all kinds of job roles and for many purposes.

Learning to code can be fun and rewarding, whether you use your knowledge in a career or not. You can find creative ways to overcome obstacles, for example, or program something like a Raspberry Pi to help with all kinds of everyday tasks.

As we’ve already established, when it comes to how to learn to code, there are many different avenues you can pursue. All kinds of professions and careers require at least some understanding of the principles of how computer programs work, including:

Of course, there are many other roles where coding comes in useful. Engineers often make use of technology to design and test products, while scientists use programming to create predictive models. Professionals such as designers, marketing managers, and analysts can also make use of these skills, as can digital marketers.

How much do coding jobs pay?

Exact salary ranges depend a great deal on the role, industry, and company. However, the good news is that jobs such as coders, developers, and engineers can earn up to 145% more than the UK average.

It’s worth noting that many of these high-paying jobs rely on many years of experience in the field, as well as a broad knowledge base. Junior developers, by comparison, have an average starting salary of around £30,000 per year.

How to learn to code

Now that we know a little more about what coding is and why you might want to know about it, it’s time to look at how to learn to code. As with any skill, this isn’t something that’s going to happen overnight. However, with a little bit of know-how, you can start building your knowledge base and working towards your goal.

Let’s get started with some of the basics:

How to choose a coding language

Whichever language you choose, it’s going to take time and effort to learn it. As such, you might not want to spend time jumping between the various options before finding one you like. To make things easier, you should think about your aims and do some research. When trying to choose a language to learn, consider the following questions:

What coding language should I learn first?

There’s no right or wrong answer to this question, although it’s one that’s often asked. That’s not to say that you should run off and start learning any old coding language. Instead, you need to think about what it is you want to get out of your learning.

That being said, many resources will point to similar starter languages thanks to their accessibility and wide usage. These include:

You’ll notice that many of these languages are ones we’ve mentioned already, as they’re some of the most popular formats at the moment. As such, there’s a lot of potential, whether for a career or a hobby.

How long does it take to learn to code?

If you’re looking at how to learn to code, you’re probably pretty impatient to get started. But how long does the process take? Again, the answer here depends on a few things. However, it’s worth noting that this kind of skill set is one you continue to develop over the span of a career.

As an example, let’s look at our program on how to start programming with Python. Over a period of 11 weeks, you’ll learn some of the key concepts about computing, as well as producing your very own Python programs. With just two hours’ study each week, you can build a basic knowledge of Python.

For an even more in-depth and functional understanding of coding, you’ll need a bit more time. To get all the basics of a coding language, it’s estimated you’ll need around 3 to 12 months if you’re dedicated to self-study. With a degree, you’ll gain a far more detailed understanding of code and its uses, but this can take up to four years. Ultimately, it depends on you, your situation, the language, and your goals.

How to start coding

There are all kinds of ways you can get started with coding. At FutureLearn, we’ve got a whole host of different courses and qualifications you can take to help build your knowledge. We’ve outlined some of our top coding courses below, but we’ll get to those in a moment.

For those looking to get as much coding experience as possible, there are many resources and exercises you can get stuck into. As well as one of our courses, you might also want to try:

As you’ve seen, we’ve included links to a wide variety of free coding courses throughout this article. We won’t repeat all of them here, but we have picked out some others we think you’ll find useful. They can help you as you figure out how to learn to code: