Every day this week, we’ll be announcing the shortlisted nominations in the FutureLearn Inspiration Awards. We’ve unveiled the Inspiration at Work, in Education and at Home categories so far. Today, we look at the FutureLearners who’ve motivated each other around the world. 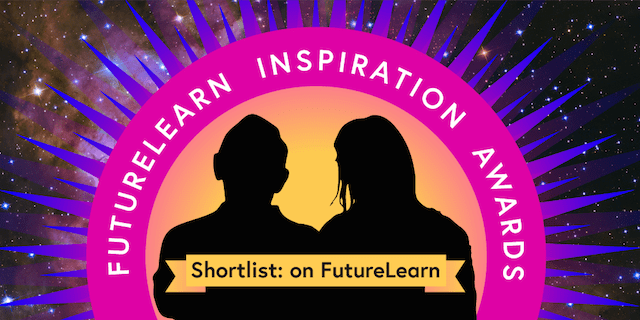 In this category, we asked FutureLearners to tell us about the learner or educator they’ve enjoyed meeting on FutureLearn – the people whose comments have stood out for their wit or insight. We had so many nominations in this category that we decided to shortlist five learners and five educators. Today, we look at the learners:

Edwina in the UK, nominated by Lindy in the UK 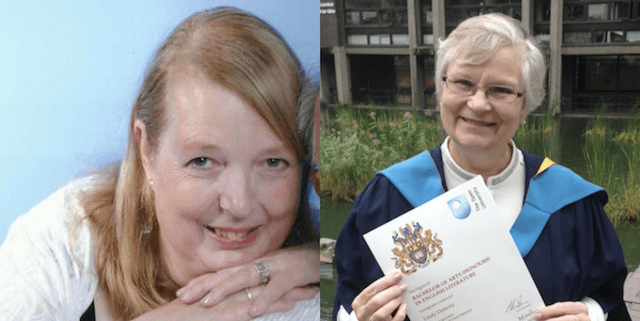 Lindy (right) says: “Edwina’s posts detailing her approach to a difficult life helped me to see that my own perceived obstacles to improving my health were perfectly surmountable – if she could do it, I certainly could.

“I realised from reading her posts (and others of course) that our approach to the obstacle is what makes us get over it. I stopped feeling sorry for myself and beaten by the pain of arthritis and started getting on with things, including taking up regular exercise for the first time in more than 30 years.

“What I admired about Edwina on this course was that she made no attempt to hide the difficulties she had to face with a disabled partner, but used her story with honesty and humour to enter discussions and offer encouragement to other learners.”

Joshua in India, nominated by Nishanth in India

Learners on How to Write Your First Song

Nishanth says: “I met Joshua online through the songwriting course. We both are musicians and have now completed six courses together, where we discuss all the lessons, share our views and review our works.

“When I applied for an audition for a music college, I gave him a few songs and he suggested which suits me best. As we are far away from each other, we used to work on phone calls and video chat, where I used to show or perform my songs and he used to give me tips.

“We also have a WhatsApp group where we have many people from countries like Brazil, USA, Argentina, Venezuela, UK, Romania, Portugal and Spain. We all discuss our assignments and our countries and our cultures. We have became one family.”

Patricia in the UK, nominated by Muniswaran in Australia

Muniswaran (right) says: “Patricia is a carer for her husband who suffers from Parkinson’s. As a trainee GP, I had the opportunity to learn and discuss medical and non-medical issues through Patricia’s active contribution to the course.

“Her comments further stimulated my learning interest and care for my patients in practice. She helped provide valuable information pertaining to Parkinson’s from a carer’s point of view and as an experienced person dealing with Parkinson’s.

“She was always actively engaging and contributing her views, opinions and comments in the course discussion, which answered the questions that I was afraid to ask and helped with my understanding.”

Simon in the UK, nominated by Lisa in the UK

A learner and an educator on Digital Marketing: Challenges and Insights and Web Science: How the Web Is Changing the World 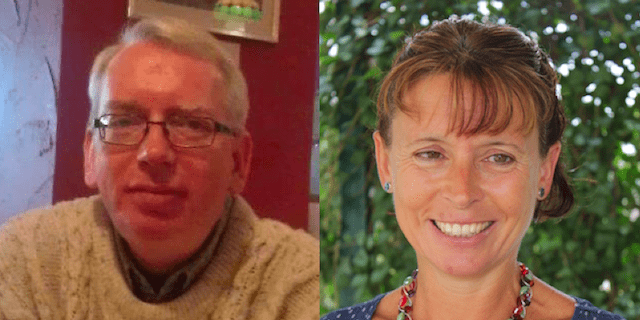 Lisa (right) says: “Simon has supported learners on several runs of the Digital Marketing and Web Science courses. He set up and still manages a community on Google+ where learners can network and share useful resources. There are currently over 1,300 members of this community, and it links to the other major social media spaces used by learners.

“Simon has been very welcoming and supportive of learners asking questions or looking for additional support relating to the themes of the courses. The community he set up has now been active for nearly two years.

“Learners have posted in the community often months after the course has finished, commenting on what changes it has inspired them to make and the results they have achieved.”

Wim in the Netherlands, nominated by Magdalena in Poland

Learners on Introduction to Dutch 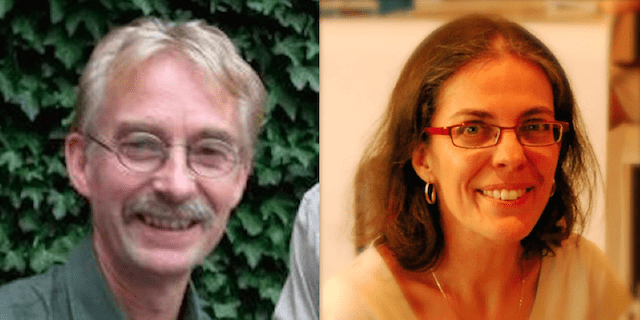 “He offered me further Dutch practice, and we started exchanging emails. He is a very curious and open-minded human being. He expressed interest in my country and culture, and he was willing to share his outlook on his. I gradually believed it was possible to learn another language – even at my age. Thank you, Wim!”

We’ll be announcing more shortlisted entries every day this week. Come back tomorrow to meet the educators who were shortlisted in the Inspiration on FutureLearn category.