To celebrate International Women's Day and this year's theme of #PledgeforParity, the FutureLearn team nominate the people who are making gender parity happen.

This year’s International Women’s Day is encouraging everyone to #PledgeForParity: to challenge conscious and unconscious gender bias; to value everyone’s contributions equally; and to create inclusive, flexible cultures. To mark the occasion, we asked the FutureLearn team to nominate people who are making this happen. Here’s who they chose. 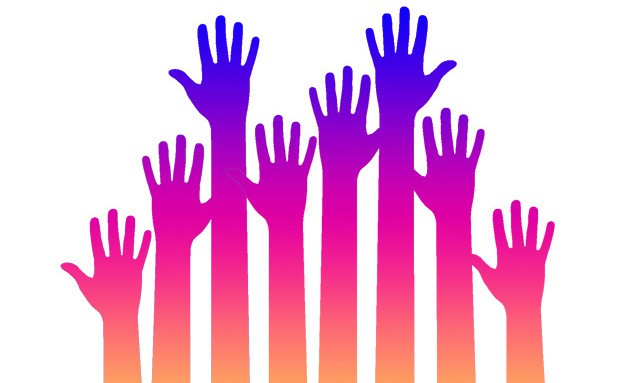 Cate Huston is a mobile engineer and digital nomad extraordinaire. Together wih Chiu-Ki Chan, she founded Technically Speaking – a newsletter with resources on getting started with public speaking, writing and developing talks, and info about conferences with open calls for proposals (CFPs). They will only publicise conferences that have a good Code of Conduct and a demonstrable approach to diversity. Her blog posts about technical interviewing are a must-read resource for anyone looking to become a better technical interviewer, including attention to conscious and unconscious bias.

Bella Tromba are a quartet of trumpet players who are active in many areas of performance. I’d like to give them a shout-out for their educational work in inspiring young girls to take up a brass instrument. Girls are often steered away from learning to play the trumpet, whether through conscious or unconscious bias, and instead they’ll learn the flute or violin. Vickie, Jo, Becca and Emma are great role models who are showing young people that they can achieve their ambitions.

Melinda Gates is not the first person to note that women do the bulk of unpaid labour around the world (even when they’re fully employed), but as co-founder of the Gates Foundation, she’s in a rare position to change things. In this year’s annual letter for the foundation, she makes women’s time poverty a priority for the year. She writes: “It’s not just about fairness; assigning most unpaid work to women harms everyone: men, women, boys, and girls… What amazing goals would you accomplish with an extra hour every day? Or, in the case of girls in many poor countries, an extra five or more?”

Sheila Levrant de Bretteville is an American graphic designer and educator whose life’s work has been dedicated to communicating voices in society that often go unheard. She founded the first design programme for women at the California Institute of Arts and co-founded the Woman’s Building – a non-profit public arts centre in Los Angeles dedicated to women’s education and culture. She is well-known for her collaborative project “Pink”, which challenges the notions of gender associated with the colour. De Bretteville is a principled and politically engaged graphic designer in an industry that is often only concerned with style and trends.

Stemettes are awesome: “we’re showing the next generation that girls do science, technology, engineering and maths too.” They organise workshops, hack days, mentoring and even ran a summer-long incubator for girls. I ran a session for them about agile working. The best thing about them is the diversity of young people they are reaching; feminism is, amongst other things, also about tackling socio-economic disadvantage and racism.

Laverne Cox was the first openly transgender person to appear on the cover of Time magazine, and her write-up as one of the most influential people of 2015 does a good job of explaining why she’s so inspiring. The effort she spends on activism and raising awareness, and her bravery, makes her a shining beacon not just to trans women and girls, but all trans people, including nonbinary folks like myself.

Coraline Ada Ehmke is the author of the Contributor Covenant – a popular Code of Conduct that is being adopted by many prominent open source projects and aims to promote a safe workspace for contributors, which is tolerant and inclusive. Coraline has also founded www.os4w.org – a resource that connects all women with open source projects that are inclusive and welcoming of diversity in their communities. Her campaigning and contributions to making open source culture a more welcoming place for everyone, regardless of gender identity or ethnicity is inspirational.

A Mighty Girl is a growing website of inspirational stories and games where girls are not portrayed as princesses to be rescued, but as “the leaders, the heroes, the champions that save the day, find the cure, and go on the adventure.” Since becoming a father, my eyes have been opened to the endemic gender stereotyping that children face in the media they consume. I’m determined not to limit the scope of my daughters’ ambitions and imaginations by presenting them only with products that reinforce gender inequality and patriarchal tropes. So I’d like to congratulate founders Caroyln Danckaert and Aaron Smith – I’ve found their site to be an incredible resource and it has made me a better father.

Ashe Dryden, through her speaking, organising, consulting and public advocacy, has worked for a number of years to push back against the tech industry’s biases against marginalised groups, including women. She is the founder of AlterConf, a conference series supporting marginalised groups in technology and gaming, and the co-founder of Fund Club, a funding circle focusing on projects and initiatives that are otherwise ignored by mainstream funding sources. Her advocacy for Codes of Conduct at tech conferences and within open source communities has contributed to a huge increase in the number of projects and conferences adopting such codes, helping to make tech a more welcoming place for women to work.

Harriet Minter, the editor (and founder) of Guardian Women in Leadership, not only provides a space for people to call for and discuss gender-balanced leadership, but also acts as an inspiring role model for other women. She was someone who personally supported me when I started working at the Guardian, and gave inspiring (and humorous) talks, such as “Proceed until apprehended” and “What yoga taught me about business, bravery and bras” to much wider audiences. The approach she takes to tackling issues around gender parity is inclusive, ambitious and light-hearted all at the same time.

Is there someone you admire for making gender parity happen? Tell us about them in the comments below. Or find out more about International Women’s Day and make your own pledge for gender parity.