Joyce wrote poem for our “Literature of the English Country House” course, which has become one of the most liked comments on FutureLearn to date. Here’s her story. 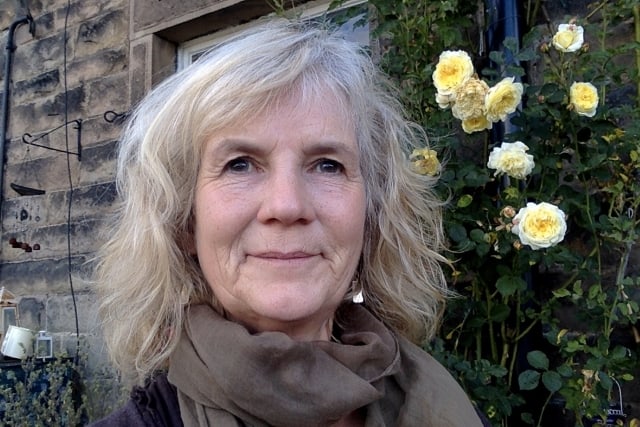 When asked to write a character sketch of Sir William from the 18th century novel “The Sylph” as part of a discussion on FutureLearn, Joyce decided to write a poem (republished in full below).

“I don’t normally write poetry,” she says. “But when I looked at the comment I was going to post, I thought it looked boring and decided to play about. I tried to elbow in all the pertinent points.”

The result was one of the most popular comments we’ve had to date on FutureLearn, with 153 learners liking it and many leaving positive comments: “What other talents are you hiding? This is absolutely brilliant!”

Joyce lives in the Peak District – a beautiful part of the UK, near to both The University of Sheffield, which ran the “Literature of the English Country House” course, and many of the historic estates featured in it.

“The decision to do the course was influenced by the fact that I live only 18 miles from Sheffield and on the doorstep of Chatsworth House and Haddon Hall,” says Joyce. “How could I not, when so many people had never had the opportunity to visit places so familiar to me?”

Joyce first heard about FutureLearn when a member of her writing group, Writers in the Peak, mentioned that a course on creative writing was being offered for free.

“Ever the sceptic I had a look,” she explains. “It was true. Always eager to improve my writing I enrolled. It took me a couple of weeks to get into the flow of it, but I was soon adding my comments to all the others.

“On the course, I met four lovely ladies. We seemed to have a similar sense of humour, became friends and set up a blog together. We’re now in contact every day.”

Since then, Joyce has also joined the University of Edinburgh’s course on the Scottish referendum and recently started “Introduction to Journalism” from the University of Strathclyde. As a long-term FutureLearner, she’s liked the changes we’ve made in our first year.

“I have enjoyed my time on FutureLearn,” she concludes. “The courses have been informative, and the improved replies and comment features have made it much easier to follow threads you’ve been involved with.”

If, like Joyce, you enjoy the social element of our courses, here’s some inspiration for your next comment – the poem we promised you earlier:

It look as if, to all intent
That William, who appeared a gent
Is like to let his temper flow
Upon sweet Julia, don’t you know

Yet verily he pays his debts
Not bread nor meat but cards and bets
Forsooth his poor wife she doth sigh
But all to no avail, his cry

Her help he scorns without a glance
No jointure now, she has no chance
This cruel lout laughs in her face
Pray, in his life, she wants no place

Prithee sister heed her tale
Follow her not, for she did’st fail
Sir William truly is a cad
Alas too late she knows he’s bad