Professor Tony Croft from Loughborough University talks about the need to prepare young people better for the mathematical demands of university courses in STEM subjects and how free online courses can help. 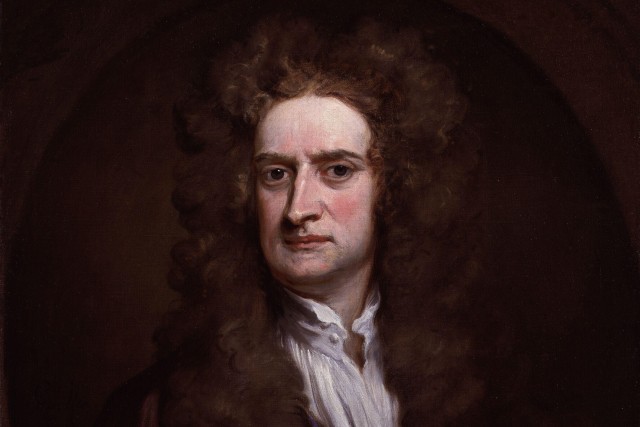 The Royal Society is one of the oldest and most respected scientific learned societies in the world with roots dating back to the 17th century. Its past presidents include such well-known names as Sir Christopher Wren and Sir Isaac Newton (pictured above). The contribution of its Fellows have resulted in some of the most important and life-changing scientific discoveries, and led to the UK being one of the world leaders in science, technology, engineering and mathematics (STEM).

In 2014, the Royal Society published its “Vision for Science and Mathematics Education.” This emphasised both the importance of raising the general level of mathematical and scientific confidence in the population as a whole, and also the need to improve the analytical and problem-solving skill base, if the UK is to remain internationally competitive.

To underline the extent of the challenge the report states:

“There is a persistent dearth of young people taking science, technology, engineering and mathematics qualifications after the age of 16 across the UK… Estimates suggest that one million new science, engineering and technology professionals – including technicians – will be required in the UK by 2020.”

A “persistent dearth” of mathematical skills

Those of us who work in UK higher education are acutely aware of this “persistent dearth” and particularly the knock-on effect it has on the mathematical skills that are so essential for students who come to study science and engineering.

In 2011, the Advisory Committee on Mathematics Education (ACME) published “Mathematical Needs: Mathematics in the Workplace and in Higher Education.” This report sought to quantify elements of the problem by reporting the numbers entering university who were under-qualified mathematically.  The conclusion was stark:

“We estimate that of those entering higher education in any year, some 330,000 would benefit from recent experience of studying some mathematics (including statistics) at a level beyond GCSE, but fewer than 125,000 have done so.”

The importance of maths for student retention

The consequences of this under-preparedness for individual students can be devastating. A report in 2007 by the National Audit Office, “Staying the Course: the Retention of Students in Higher Education,” noted that mathematics was a key contributing factor to low retention rates in STEM subjects.

It observed that when STEM students are considered together, they are less likely to continue to a second year of study than students following other subjects. It identified mathematics as a key contributing factor stating that: “many students require some additional academic support, especially in the mathematical skills required in science, mathematics, engineering and technology.” The report concluded:

“One reason why students leave higher education without completing their qualification, or fail, is that they are not well prepared in key skills before they start. Higher education institutions therefore have to identify knowledge and skills gaps, and provide support to students, for example, remedial or catch-up courses in mathematics in the first year.”

Universities have not stood on the sidelines waiting for a solution to this problem, but have been proactive in trying to address it in many ways, including through the development of MOOCs (or massive open online courses) such as “Getting a Grip on Mathematical Symbolism.”

In my own university, Loughborough, we have been developing mathematics support since 1996 and have established a model that has been replicated widely throughout the UK and in other parts of the world.

The sigma network is a community of professionals in mathematics and statistics support, who are improving how undergraduate and postgraduate students can access the quantitative help they require, to progress through their courses and succeed. The former Universities Minister, David Willetts, recently wrote:

“[sigma]…. is establishing approachable maths support services at institutions across the country. Thanks to their work, politics students suddenly confronted with a regression analysis have someone to turn to. STEM undergraduates too are receiving expert support to bring their maths skills up to speed.”

For those considering a future in science and engineering, for their parents, teachers and others who advise them, the old adage “forewarned is forearmed” is clearly very pertinent here.  You need to be aware that there is a wide range of different mathematics, science and engineering courses – the specific content and level of these varies greatly.

While students on all science and engineering programmes will benefit from a solid foundation of mathematical knowledge and skills, some programmes are much more mathematically-demanding and have more stringent entry requirements than others. There is variation too from university to university, and you should consult widely to ensure that you make the choice that is appropriate for you or those you advise.

How MOOCs can help

Returning to the “Vision” report mentioned at the start, the Royal Society makes specific mention of the potential of MOOCs to “provide people of all ages with the opportunity to learn or refresh knowledge and understanding of myriad subjects, and to do so at any time of day or night.”

Our course, “Getting a Grip on Mathematical Symbolism,” has been designed for those who aspire to careers in science or engineering, but who have not yet had the opportunity to develop a firm mathematical foundation beyond the level of GCSE.

It is particularly appropriate for those who lack confidence and who need a very carefully paced introduction to some essential techniques. The previous runs of the course have proven its appeal not only to students like these, but also those who teach and support them. I have been delighted by the positive responses of so many learners during these previous runs and am looking forward to receiving further feedback as the course begins again.

You can join the free online course, “Getting a Grip on Mathematical Symbolism,” now or join the conversation using #FLmathsfoundation.