Ahead of the course Football: More than a Game, which starts on Monday, Grant Jarvie, the lead educator, explores some of the current issues facing the world of football.

Ahead of the course Football: More than a Game, which starts on Monday, Grant Jarvie, the lead educator, explores some of the current issues facing the world of football. 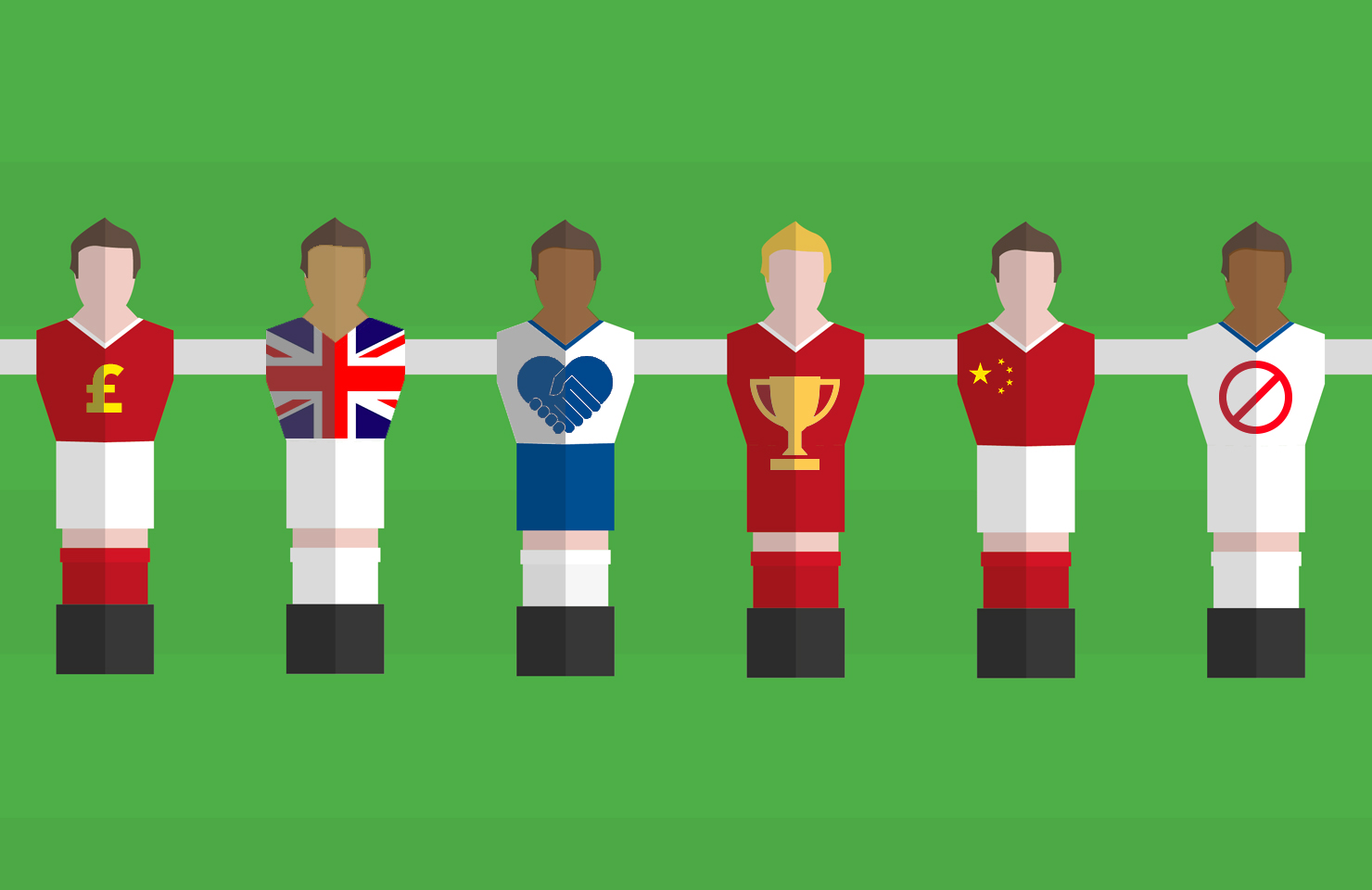 Welcome to today’s match: football vs the world’s challenges. There are some big players on the field, let’s see what’s what…

Manchester United regain the top spot in the money league for the first time since 2003/4 with a record revenue of £515m. The top three clubs Manchester United, Barcelona and Real Madrid are the same three clubs that topped the first edition of the money league in 1996. Between 1996 and 2017 they have generated over 7 times the revenue accumulated in 1996/7. The 2015-16 revenues for top six in the Euros are:

Is wealth the most important factor in what makes a great club? We’ll take a closer look on the course.

Under UEFA football rules if England had been out of the Europe Union at the time Gareth Bale moved from Tottenham Hotspur to Real Madrid then the move could not have taken place – Real already had their quota of 3 non EU players.

These broader political changes impact upon football in a number of ways, raising some interesting questions:

Football is not generally highlighted within talks about Brexit but there is no doubt football in the UK be affected.

Increasing the positive impact of football

The United Nations Commission on Human rights estimates that there are over 100 million homeless people worldwide – but how is that relevant to football?

The answer is the Homeless World Cup – one way football is making a positive impact on the world. The 2017 Homeless World Cup will kick of in Oslo in 2017 having been held in Glasgow 2016, Amsterdam in 2015 and Chile in 2014. The  tournament is for men and women who have no fixed address and it’s helping to change lives:

There’s been no shortage of football controversy recently – but have the recent governance scandals involving football undermined the integrity of the game? Has the response resulted in football becoming more accountable, diverse and transparent?

Things are certainly looking more positive – FIFA has concluded an agreement with Sportradar Integrity Services to provide world football’s governing body with a full suite of monitoring, education and intelligence services to further strengthen the integrity of football around the globe.

UK sport also has a charter that is designed to improve governance arrangements in UK sport with future funding for governing bodies likely to be affected if they are not compliant with UK Sport Governance standards.

In January 2017 FIFA backed the development of a 48 team Men’s World Cup. So far each of the 20 Word Cup competitions has been won by a side from Europe (collectively represented by UEFA) or South America (CONMEBOL). A country from elsewhere has progressed past the quarter-finals just once, when hosts South Korea reached the last four in 2002. The new plans are designed to provide other continents a fairer chance of progression but will they?

Increasing the size of the World Cup, the facts:

On the course we’ll look to see who are the football champions of the world, but clearly plans are in motion to challenge the dominance of Europe and South America.

China on the pitch

But China spent more in the 2016 January transfer window that English Premier league clubs and 50,000 soccer schools are planned over the next 10 years…

This raises plenty of questions: is the football league of nations about to change dramatically as China launches a new football plan? Are we about to witness the rise of a great footballing nation? Is football more than a game for China? Why is the country embarking upon such an ambitious plan?

And that’s all for today. We look forward to discussing football issues more on the course, as we examine why football is so much more than a game in many parts of the world.

Join the course Football: More than a Game now.