Jim Fitzmaurice, lead educator of the University of Sheffield’s upcoming course, Literature of the English Country House, discusses how this new course will take you on a journey through literature and architecture and explores how the two interact. 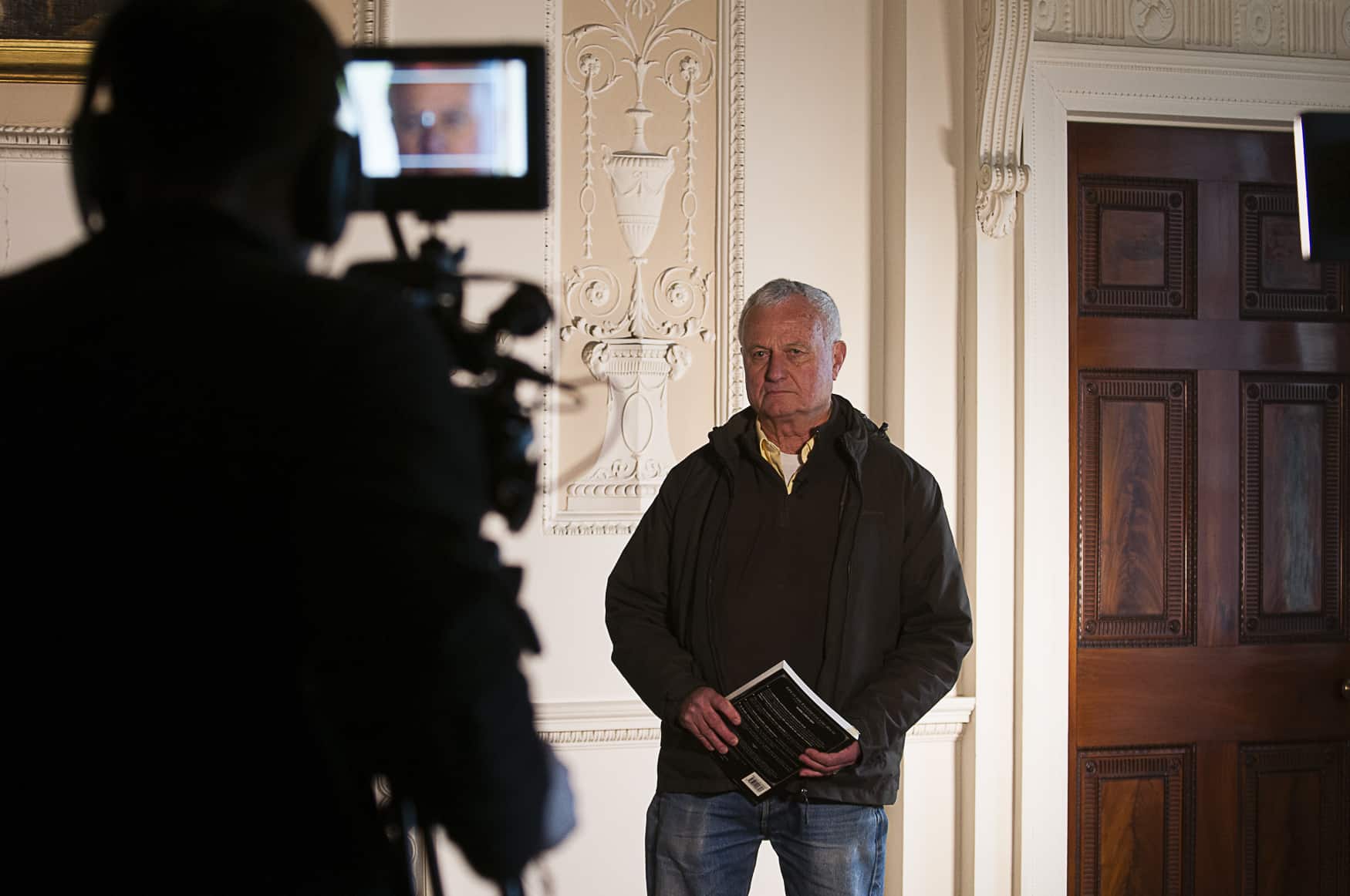 As an American and as a retired university English teacher, I can say that my fellow countrymen and women (along with our neighbours in Canada) have long been partial to the fiction, poetry, and drama of the country house. North Americans love Shakespeare.

There seems to be a Shakespeare festival in every corner of the USA and Canada. One of our favourite plays is ‘Twelfth Night’, nominally set in Illyria but actually a record of life lived back and forth between two English country houses. Shakespeare paints us a picture of spoilsport steward named Malvolio and his well-deserved comeuppance in a way that foreshadows the servant politics of Downton Abbey. Nigel Hawthorne makes a wonderful Malvolio in the film version by Trevor Nunn. Imelda Stunton is his brilliant nemesis.

The brand new country house course is free and open to everyone. Starting on 2 June and running for eight weeks, it looks at how literature and country house architecture interact. Yes, interact, since sometimes literature influenced the way in which country houses were built.

Brodsworth Hall, built near Sheffield in the 1860s, has a children’s wing that reminds us of the enduring influence of Wordsworth’s poetry of childhood. Brodsworth is full of white marble statues of children in a way that earlier houses, say Hardwick Hall, are not.

We will use screen casts to teach ‘close reading’ of country house literature. A test drive undertaken by me and members of Sheffield as well as South Yorkshire U3As (University of the Third Age) amply demonstrated the power of this format to get a lively discussion started. In a screen cast, the teacher reads aloud while important words become larger and leap out towards the reader on the screen.

Other MOOCs, including the University of Sheffield’s ‘Discover Dentistry’, have shown that social networking is a key ingredient in the learning mix. Students join discussions at the end of the screen casts but also at the end of videos and other learning activities. Students can follow one another and learn a bit about who is who and where they all live.

A secondary English teacher from Brazil. An accountant from Newcastle. Maybe somebody like me, from Arizona and California. I, as lead educator, will be contributing a good many posts and also looking after a set of three University of Sheffield PhD students in English who will act as mentors. We will answer questions but more than that, we will engage in discussion. We fully expect that some of our students will know lots of details of local history about which we are ignorant. Local history, I think, is crucial. Other students will see patterns in the close readings that we have missed. This will be a joint exploration.

More good news: No books to buy. All of our materials are online. If you hanker after writing an essay, that can be arranged in a system of peer evaluations. You will need to write an evaluation yourself of someone else’s work. There are weekly quizzes for those who want to take them and a revision session in Week 8, when the course wraps up. If you are so inclined, we even have a final, comprehensive test.

So, join us. No fees to pay and nobody filling in attendance sheets to be sent to the main office. Lots of informal but serious discussion.

We aim at a first year level of university for this class, but everyone is welcome. Work load: three hours a week. If you love country houses but don’t really know country house literature, you are still welcome. We will show you Jane Austen and some Charles Dickens. We will surprise you, I think, by offering a story from a local early woman writer, Margaret Cavendish, Duchess of Newcastle. She who lived at Welbeck Abbey and Bolsover Castle.

In addition to the country houses already mentioned, we will visit a social house, Nostell Priory, the magnificent Chatsworth House, and a building frozen in time, Haddon Hall. We will end the class with a story about the country house experiences of some commercially oriented Americans in Oscar Wilde’s ‘Canterville Ghost’. The ghost learns a thing or two from the Americans, one of whom, in turn, is transformed by him.