Find out more
Home Why is the price of oil so low?
Published on March 13th, 2020

Learn why the price of oil has collapsed – and what it has to do with shale gas, Russia, and Saudi Arabia. 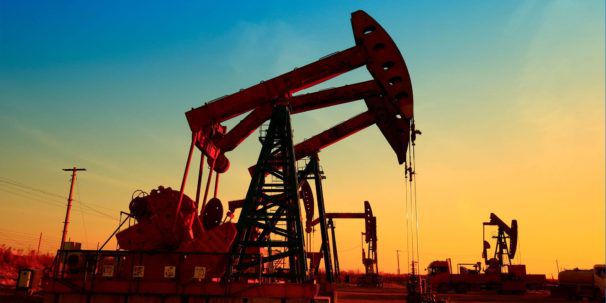 The world has been plunged into a severe economic crisis in the wake of the spread of the coronavirus, with the Dow, ASX and FTSE recording some of their biggest one-day falls for thirty years.

However, the spread of the virus itself is only one reason behind the record plunge in stocks that we’ve seen over the last week. There’s another factor involved that’s somewhat gone under the radar – a crisis in the energy industry.

The issue stems from a falling out between two of the world’s three largest oil producers –  Russia and Saudi Arabia (the United States being the other).

Although technically competitors, the two petrostates have been in an uneasy alliance for the last three years, agreeing to coordinated production levels to keep prices high.

This alliance was formed in response to the emergence of shale gas, which has transformed the economic fortunes of the American energy industry and made it less reliant on Middle Eastern oil.

Advances in hydraulic fracturing (also known as ‘fracking’) have made the capture of gas from shale more viable in recent years, to the extent that it has been predicted that as much as 45% of the US’ natural gas supply could come from domestic shale gas.

However, the coronavirus crisis has placed a significant strain on the alliance between the Russian and Saudi states. With global economic activity – and travel – hugely depleted for the foreseeable future, the price of oil has been steadily falling in response to the decreased demand.

As a result, the Saudis issued the Russians with an ultimatum – to agree to a cutback in production to keep prices high. The Russian government called the Saudi’s bluff, however, and rejected any cut to supplies.

This sent the energy markets into turmoil because a previous round of cuts had still not been agreed, leading to the possibility of a flood of crude oil in the market. The price of oil plummeted by almost 30%.

According to The New York Times, “the Saudis have been producing about 9.7 million barrels a day. The International Energy Agency, a Paris-based organization advising governments and industry, figures that the Saudis could produce more than two million additional barrels, while Kuwait, Iraq and the United Arab Emirates could add another million barrels a day.”

Some argue the Russian government sees this as an opportunity to undermine American shale, whose output might collapse when faced with a glut of cheaper Brent crude.

Indeed, with oil prices collapsing, there were grave warnings from the American shale industry of the cost to the economy in areas that depend on shale, such as Texas. Many of these companies were already in debt before the crash in prices, and there are now concerns for their future.

President Donald Trump has made American energy independence a big plank of his political platform and has been urged by shale companies to step in and bail out the industry, despite Trump taking to Twitter to boast that cheap gas will be good for American motorists.

The Washington Post reported that, “one of the companies hardest hit was Continental Resources, founded by Harold Hamm, a Trump supporter and an adviser to the president on energy issues. It lost more than half of its market value Monday…Hamm’s 77% personal stake in the company lost $2 billion of its value”.

Whether or not the Trump administration does supply cheap loans to shale companies, the plummet in the oil price is likely to have repercussions beyond American borders.

Countries that depend on oil for revenue – such as Venezuela and Iran – will likely see a fall in income, leaving them unable to fund social programmes. And although Russia has built up a wealth reserve to protect itself from the initial shock, a long-running price war could create social upheaval in Moscow too.

It seems, wherever you live, uncertainty is the name of the game for some time to come.

Whether you work in the energy sector or simply want to learn more about the oil and shale gas industries, join Hanyang University’s course, ‘Global Resource Politics: the Past, Present and Future of Oil, Gas and Shale’ starting 16th March.