We've officially hit ten million learners using the FutureLearn platform! Find out what this means for us in numbers. 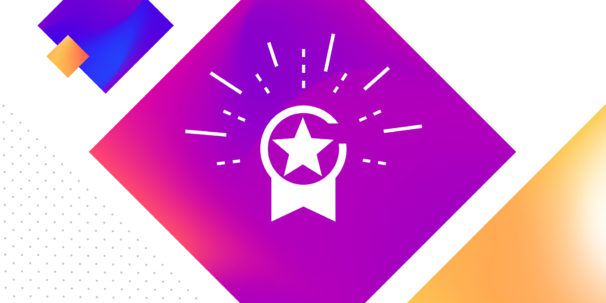 When FutureLearn launched in December 2012, this post outlined the aims of the company as follows:

Seven years later, we’ve just welcomed our ten millionth learner to the FutureLearn fold and have active learners in every single country of the world.

From a stellar group of 21 UK and two international university partners in 2012, we’ve grown to work with 175+ industry-leading institutions around the globe.

From Russell Group universities to national museums, we’ve worked with partners to bring you thousands of online courses and materials so that anyone, anywhere has the opportunity to learn.

In honour of the occasion, and to put ten million people into perspective, we’ve taken a deep-dive into what ten million looks like for our platform, university partners, courses and learners.

Last year in the UK, there were 2.3 million students in higher education.

With ten million learners on the books, FutureLearn has seen quadruple the student population of the UK last year sign up to our courses.

In terms of university student populations around the world, ten million learners are equal to:

➞67 times the student population of the University of London.

Sitting slightly above the UK average for female students in higher education, 60% of our learners are female. 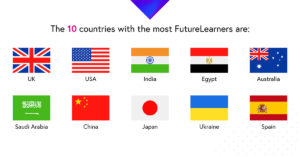 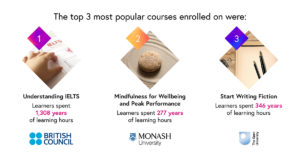 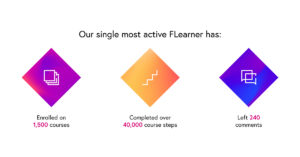 And fuelling the tireless efforts of the team behind the platform? 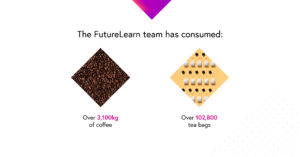 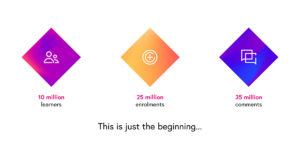 With ten million learners on the books, over 25 million enrolments across our courses, and over 35 million comments made on course steps, we’ve made exciting progress towards our mission of transforming access to education.

But the work is only just beginning.

We’ll continue to invest in our platform, making sure it’s enjoyable to use and easy to connect with and learn from those who share your passions.

Thank you for sharing your thoughts, questions, ideas, and experience with us and your fellow learners, whether it’s through leaving a comment on a course step or chatting with us on social media.

Every single one of the ten million (!) of you has brought us closer to our mission of creating enjoyable, social and credible learning experiences where anyone, anywhere can enjoy the transformative power of education.

Please do share your experiences of learning on FutureLearn below.

Now, to the next ten million 🥂.