On the eve of Anzac Day, Bruce Scates of Monash University writes from Gallipoli, where he is attending tomorrow’s centenary commemorations. He looks beyond the usual narrative of “Anzac Spirit,” to tell the forgotten stories of three Australian soldiers, who were deeply affected by their experiences in the Great War. 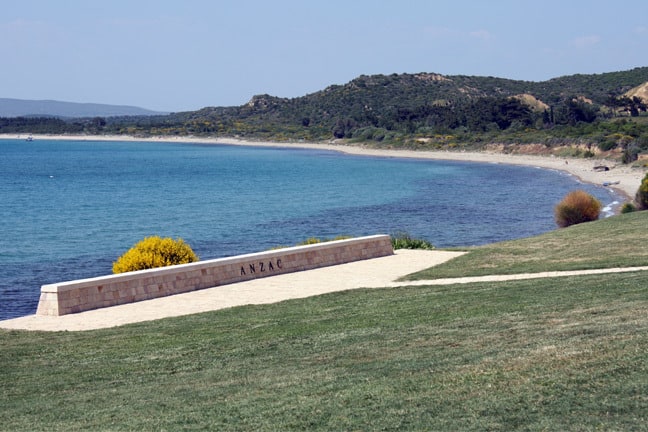 As dawn breaks on 25 April, Australia and New Zealand will observe the Centenary of Anzac Day. The old stories will be told again: narratives of nation building; tales of heroism and hardship; and an emphasis on stoicism and achievement in the midst of overwhelming loss.

The “Anzac Spirit” is writ large in the way we remember the day of the landing and the gruelling campaign that followed. But who do we forget when we remember the Great War?

Gunner Frank Wilkinson might well have been a war hero. He enlisted in Victoria, served in France and Belgium, and was awarded the Military Medal during the push on Passchendaele.

Frank survived the war, but not the peace. He took up marginal land and failed as a soldier settler.

Ten years after the fighting had ended, he battered his wife to death with a hammer, smashed the skull of his daughter to pieces, and then slit his own throat.

The papers called Wilkinson “a victim of shattered nerves.”  Today, we would use the more dignified title of post-traumatic stress.

Harold Candy: suicidal on the eve of his wedding

Few will remember Harold Candy on the Anzac Centenary. He is another of the countless soldier suicides that came in the wake of war.

Harold enlisted in South Australia, was wounded in action in Poziers, wounded again at Hamel and then gassed.

Harold’s health was ruined by the war, but he also contracted venereal disease. On the eve of his wedding, he hanged himself from a tree in the Adelaide parklands.

The story of Hugo Throssell is perhaps a little more familiar. As the first-born son of a west Australian premier and a Victoria Cross-winner at the Battle of Hill 60, he has at least some claim to fame.

But how many know that a shard of bomb fragment was still lodged in his brain 18 years after Gallipoli? Or that he shot himself in the head with his service revolver in 1933? Few have read his speech to the Victory Parade in Northam:

“I have seen enough of the horrors of war and want peace… War has made me a pacifist and a socialist.”

Throssell believed that of the 18 million men wounded in the Great War, over 6 million were “permanent wrecks.” They formed a great legion of gassed, crippled and insane. Decades after the Armistice men and women continued to die of war related injuries.

We wrote “The Glorious Dead” on our memorials, forgetting all those inglorious deaths to follow.

The message of these few cases is very clear and one we do well to remember on the Centenary of Anzac Day. The battles don’t end when the guns stop firing. Decades into the peace, veterans – and the families and communities they belonged to – continue to pay the price of war.

These three stories are taken from Bruce Scates’s free online course, “World War 1: a History in 100 Stories,” which retrieves the forgotten voices of 1914-18. You can join the course now, for a new perspective on the war that changed Australia and the world.