Skip main navigation
Home / History / Gender & Feminism / A Global History of Sex and Gender: Bodies and Power in the Modern World / The Gendered Division of Care

The Gendered Division of Care

Learn more about the gendered division of care.
© University of Glasgow 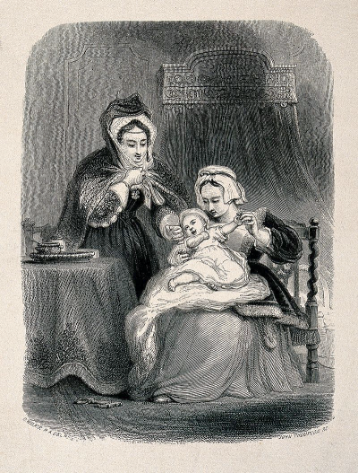 J. Thompson, after D. Wilkie, ‘A female servant holds a small child whilst its fashionably dressed mother touches its face on her way out’, (1840). Credit: Wellcome Collection. Attribution 4.0 International (CC BY 4.0)

What is Care Work?

Care work involves all tasks that involve care processes done in the service of others. The products of care work are essential to human well-being, responsible for creating both human capital and social capital. Care work can refer to both occupations – such as child care, teaching, and health care – and unpaid domestic labour that is disproportionately done by women. Because it is often thought of as intrinsically motivated – people pursuing care work for reasons other than financial compensation – it is often seen as different from other forms of work. It most commonly involves provision for dependents, such as children, the sick, and the elderly, but also involves emotional and organisational responsibilities. In 1992, Nicky James contended that the component parts of care work can be understood with the formula:

View Course
Care work, in both its paid and unpaid forms, involves a variety of roles and responsibilities that are often not fully recognised as labour-intensive tasks requiring emotional provision and organisation. Consider the following statement by Gemma Hartley on her responsibilities as a care provider in the home:

Housework isn’t the only thing that becomes a drag. I am also the schedule keeper who makes appointments and knows what is on the calendar at all times. I am the person who has all the answers to where my husband left his keys, what time the wedding is, and what type of dress code is necessary, do we have any orange juice left, and what are we having for dinner? I carry in my mind exhaustive lists of all types, not because I want to, but because I know no one else will.

Who Does Care Work?

Ideas about gender and gender roles are intrinsically tied up with perceptions of caring responsibilities. However, that does not mean that the gendered division of care work and caring responsibilities has always remained the same. As the following contributions from our team at the Centre for Gender History will reveal, care to work in the pre-Industrial era (such as taking care of the household and raising children) was often done by the entire family and involved the contributions of the entire community. The Industrial Era saw a more defined separation between waged labour (the public sphere) and unwaged care provision (the private sphere). Largely as a product of patriarchal, capitalist societies, men were expected to be the ones who left the home to work in waged labour whilst women, seen as inherently more nurturing, moralistic and emotional, were expected to provide childcare and do the housework. As we have seen, the provision of care and unpaid domestic labour continues to be considered the responsibility of women. 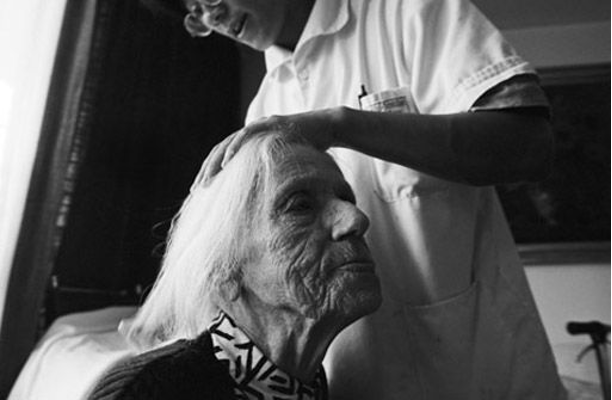 It’s not just within the context of a household that men either fail or refuse to care. Even paid care work among men is strikingly unpopular. Economists have observed that men often prefer unemployment to taking on jobs in nursing (for example, as a nurse’s assistant), elder care, or working as a home healthcare aide. (Kate Manne, Entitled: How Male Privilege Hurts Women (2020), p. 128)

In the UK, social care workers make up one of the largest, low-paid workforces in the country. Approximately half of social care workers do not earn the real living wage. Traditionally an overlooked part of the labour force, the invaluable work that care workers perform was thrust into the spotlight during the Covid-19 pandemic. Sam Smethers, the Chief Executive of the Fawcett Society, argues that:

This crisis has revealed how much we rely on frontline workers, particularly low paid care workers, yet how poorly they are treated … Fifty years on from the Equal Pay Act it is time to go to the heart of why women are still undervalued, and that is because we do not value care work, whether it is paid or unpaid. https://www.fawcettsociety.org.uk/news/vast-majority-of-the-public-think-care-workers-are-underpaid