Find out more
Home / History / Gender & Feminism / A Global History of Sex and Gender: Bodies and Power in the Modern World / Feminist Perspectives on Work and How It Developed Over Time

Feminist Perspectives on Work and How It Developed Over Time

In this article, Dr Hannah Telling provides an overview of feminist perspectives on work and how these debates have developed over time.
© University of Glasgow

This section provides an overview of feminist perspectives on work, how these debates have developed over time and intersected with other theoretical approaches, and how considerations of class dynamics and intersectionality have shaped or challenged these debates.

Marxism refers to ideas originating from the works of Karl Marx and Friedrich Engels and has relevance for how socialists, Marxists and feminists understand the intersections between work, class, gender and society. One of the core ideas of Marxism is that the world is divided into classes: the workers on one hand, and the wealthier capitalists who exploit and profit from the labour of workers on the other. 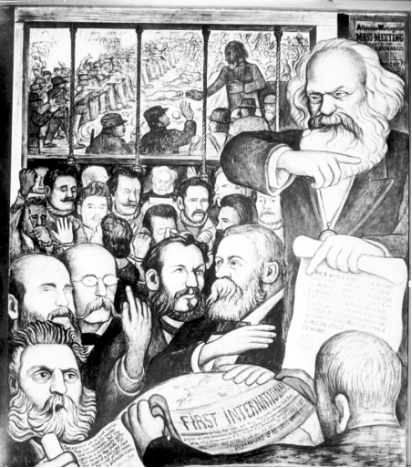 Within Marxist thought, the rise of capitalism (an economic and political system based on private ownership of the means of production for profit) from the mid-seventeenth century disadvantaged women. Engels argued in the Origin of the Family, Private Property and the State (1884) that women’s oppression rose alongside the development of notions of private property, ownership, and property rights. Under capitalism, the maintenance of the class system required that private property be passed to the heirs (usually children) of property owners. This compounded existing forms of patriarchal control and women lost economic and social power as a result. Women had limited ability to control private property and, as commodity production moved from the household to the factory, women became more economically dependent on men in the male breadwinner-female housewife nuclear family form.

Whilst capitalism does create the potential for women to be liberated from family-based patriarchy through wage-earning and the potential to become financially independent of male kin, this is limited. Engels argued that a sexual division of labour – where women are allocated the unpaid, household work and care – is an inherent part of capitalist modes of production.

Marxist feminists built on the work of Engels by examining the sexual division of labour inherent to capitalism to reveal women’s exploitation. Marxist feminists have focused on topics such as women’s gendered roles within marriage, women’s sexual practices, women’s work in the home and in the public sphere, and the sexual division of labour. During the first-wave feminist movement, Marxist feminists such as Mary Harris “Mother” Jones (1837-1930) and Alexandra Kollonti (1872-1952) drew attention to the situation of working-class women as workers, exposing exploitative working conditions and proposing policies that would address gender imbalances in the private and public sphere, such as state-subsidised child care. 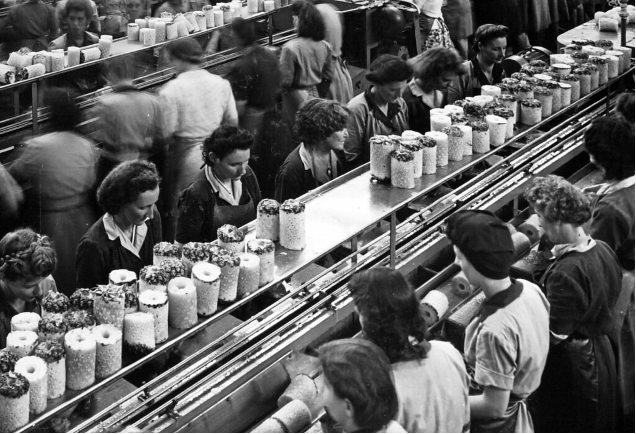 Important contributions to Marxist feminism were also made during second-wave feminism. Paula England (1949 -), for example, showed that both men and women earn less if they work in predominantly female occupations. This, she argues, shows that employers – whether consciously or subconsciously – take the sex composition of jobs into account when setting pay levels. Underpaying work that is predominantly done by women reflects a general cultural devaluation of women and women’s enterprise.

During second-wave feminism, various feminist debates centred around theories of how housework oppresses women. One school of thought argued that, because housework is unpaid, women are more likely to be dependent on men and devalued as contributors as their labour existed outside of the sphere of public economic production. Other feminists went further. Silvia Federici, for example, argued in her 1975 publication, Wages Against Housework, that housework is part of the social reproduction of capitalism: as the necessary work of reproducing the working classes (through reproductive labour, childcare and housework) is unpaid, this increases the profits that capitalists accumulate from paid labour. Federici and other feminists who subscribed to this analysis made this the basis of their demands for wages for housework. 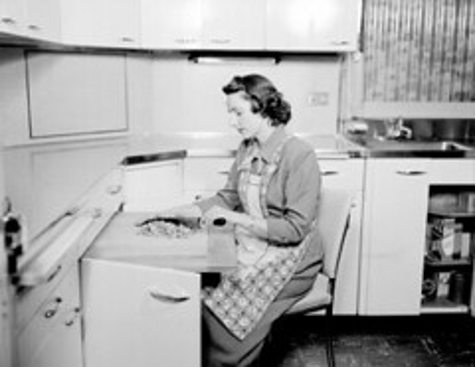 “Home economist chopping nuts, 1950” by Seattle Municipal Archives is licensed under CC BY 2.0

One of the issues raised by the housework debate is where the line between work and leisure should be drawn. Is a mother playing with her children work or play? If it is primarily the mother who provides care, plays with children, and performs the unpaid labour within the home, does this change how this line is drawn? The existence of feminist critiques of the “second shift” of unpaid domestic labour suggests that the gendered allocation of paid work and unpaid caring responsibilities is not even.

Social Reproduction Theory (SRT) is a framework of analysis that explores the relationship between oppression and exploitation by examining the social processes that produce labour power as a commodity. SRT theorists argue that the daily renewal of human life (and therefore human labour power) is essential to the continuation of inequality and capitalism. This framework of analysis pushes beyond earlier feminist engagement with ideas of social reproduction, work and care. Recent works (such as the 2017 publication, Social Reproduction Theory: Remapping Class, Recentering Oppression) grapple not just with gender and gender inequality, but with how other oppressions – race, colonialism, class and sexuality – are also implicated within exploitative capitalist systems. SRT analyses extend the focus beyond the private sphere of the family and a focus on familial reproduction and labour, pointing instead to other ways in which the worker is ‘produced’. Immigration or slavery, for example, or access or denial of access to healthcare, amenities or education affect and are crucial to the social reproduction of the working classes.

The concept of intersectionality (a term coined by professor of law, Kimberlé Crenshaw, in 1989) refers to the complex and often cumulative ways that different forms of oppression or discrimination – such as racism, sexism and classism – overlap and affect people. The adoption of an intersectional lens of analysis cautions against some of the over-generalisation that other feminist approaches to work and care have fallen prey to. Women in general may perform more unpaid labour in the household than their male partners and there are gendered inequalities between men and women regarding wage levels, career opportunities and working environments. Yet, inequality in the workplace and in the allocation of unpaid caring responsibilities is not solely about gender difference. Ethnicity, race, class background, sexuality, and ability or disability are also significant factors in the opportunities and obstacles that people face in their working lives. Multiple forms of oppression can interrelate to strikingly differentiate the experiences of women. For example, an able-bodied, middle-class, white woman is presented with certain advantages over, say, a working-class, disabled, woman of colour; advantages such as the ability to afford childcare and to not suffer discrimination based on race or ability. Intersections of advantage or oppression therefore pose the potential to either alleviate or compound the negative implications of capitalism and patriarchy. Intersectional approaches provide a way to understand how informal and formal hierarchies create and preserve differing levels of inequalities in working and caring responsibilities. 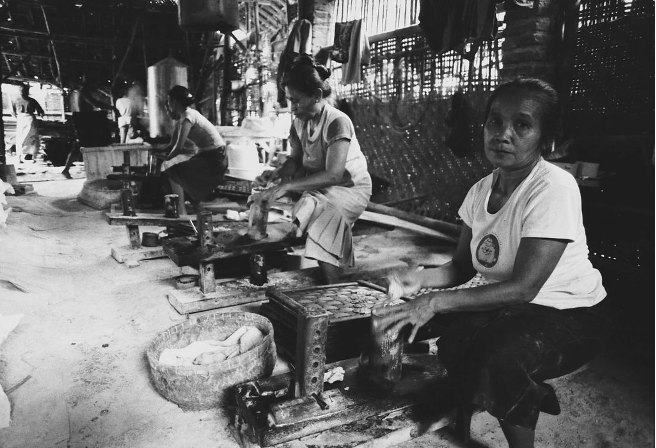 “Woman Laborer, Tengahtani Cirebon” by DMahendra is licensed under CC BY 2.0