Find out more
Home / History / Gender & Feminism / A Global History of Sex and Gender: Bodies and Power in the Modern World / Female Relationships in the Italian Feminist Magazine Effe

In this article, we will explain how the Italian feminist magazine Effe portrayed female relationships and promoted feminism
© University of Glasgow

The provocative image on the cover of the first issue of the Italian feminist magazine Effe, in February 1973, made a bold statement of intent. A posing man in a state of undress with the caption ‘Who is that man? Absolutely nobody, just like all the semi-nude women who appear on the covers of magazines’, put the reader in no doubt that this was a publication that aimed to upturn preconceptions around gender roles, sexuality and the objectivization of women. Highlighting these themes, and with a title that implied feminism with a capital F (‘effe’ in Italian), the magazine positioned itself as part of the growing politicisation of women in the 1970s, a movement which in Italy was to form one of the most significant in Western Europe for its size and diversity, and as the instigator of far-reaching legislative and social change.

Published monthly, Effe was the longest-running Italian feminist magazine of the period (1973-1982) and the only one distributed nationally and sold on news stands. Managed by a collective, it aimed to give women a voice and be the forum for a range of – sometimes conflicting – feminist ideas, in a way that was relevant and comprehensible to all women, in and beyond the movement. This led to accusations by some feminists at the time that Effe was derivative or didactic; more a magazine ‘about’ the feminist movement than truly part of it. Such a view partly explains the relative lack of attention the magazine has received from historians, but also belies the original and substantial contribution it made to Italian feminism. 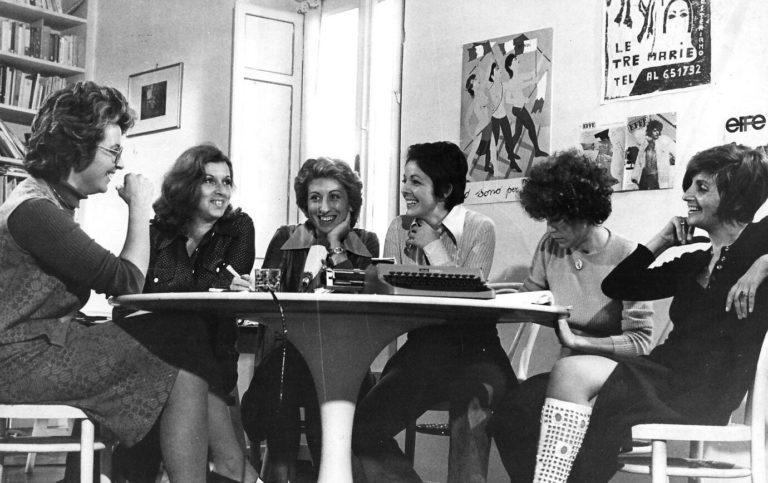 One area of particular originality was the attempt made in Effe over the course of the decade to rethink notions of love and the affective relationships between couples. While a reclaiming of emotions and a re-envisioning of female sexuality were central to 1970s feminism, in Italy as elsewhere, Effe was unusual in identifying love — as an abstract notion, but also as fact of daily life, both heterosexual and homosexual — an issue to be addressed in its pages. As a theme, it was most obvious in a number of extended articles, debates and investigations which were largely written or co-ordinated by Donata Francescato, one of Effe’s editors, then and now a clinical and academic psychologist with a particular interest in affective relationships. For the historian working within the context of a growing recognition that emotions themselves have a history and are key to understanding the past (see, for example, studies by William Reddy and Barbara Rosenwein), these articles provide a fascinating insight into feminism and love in the 1970s. 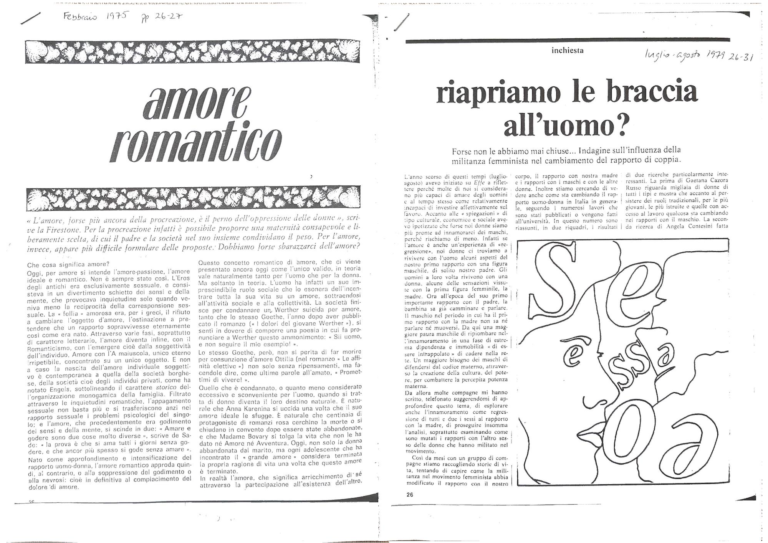 A common thread in Effe was the idea that romantic love was central to the oppression of women; an elaborate deception which rendered women complicit in their subjection and maintained the inequalities between the sexes. The inclination of many women to form couples with men, and to prioritise love, despite the way that it was inextricably bound up with the institutionalized power relations of patriarchy, the monogamous couple and the mystification of sexuality, made it a very uncomfortable topic for many feminists. And it is true that in Effe too, sexuality is treated rather more frequently than love or emotions, with a distinct effort made to separate it from its traditional context of affective attachments – marriage in particular – and an emphasis put on individual desires rather than reciprocal relationships.

Yet there is also a consistent effort in the magazine not to shy away from the thorny question of the part that love played in women’s lives, and to suggest that feminism offered the opportunity to redefine it. A particular point of reference through the years, amongst many others, was Shulamith Firestone’s The Dialectic of Sex – a highly influential bestselling feminist critique that drew on both Marx and Freud, now less well remembered than other feminist canonical texts – and her notion of love as a simple, very positive phenomenon that has become corrupted because of distorted power relations between the sexes. Feminism, it was suggested, and especially its process of autocoscienza (consciousness-raising and self discovery) could offer the route to a freer, more authentic, ‘multidirectional’ love. 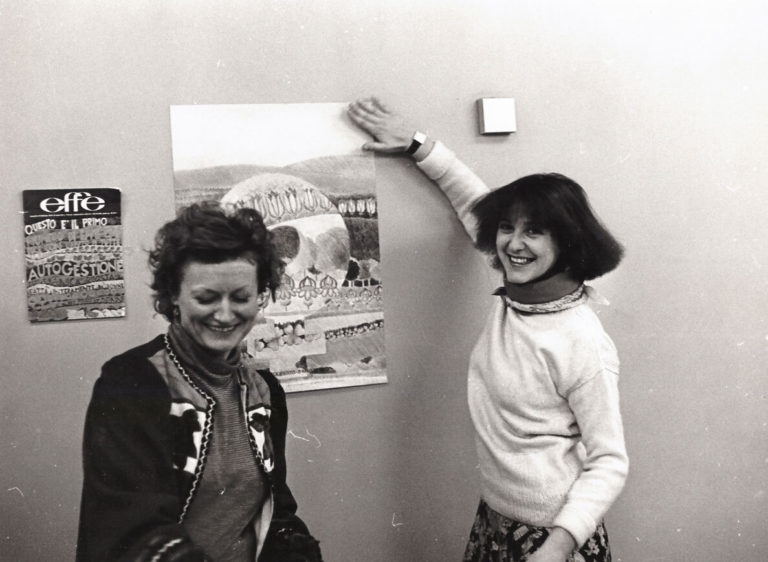 That such a love might – or, for some feminists, should – be exclusively between women is acknowledged from the early days of Effe, though generally the focus remained on heterosexual love. Nevertheless, it was insight of women into emotions and their capacity for love that was often highlighted and it was the potential for women to change their own attitudes and behaviour that was seen to offer a way forward. However, while there was considerable optimism in the promise of the future, it was clear the relationship between women and love remained a vexed issue. Why is it, asked journalist Natalia Aspesi in the magazine’s last year, that despite all the achievements of feminism, love can still cause confident, independent women to completely fall apart? In response, in May 1982, Francescato offered the most exhaustive analysis so far, in a series of essays and interviews on the experience, psychology and politics of love (Effe, ‘Investigation into Love’, May 1982, pp. 3-17), but one which recognized that there were still many unanswered questions.

Nevertheless, Effe’s identification of the importance of love for many women, and its willingness to attempt an analysis stands out as an important but undervalued form of feminist practice, an attempt to reject patriarchy’s ‘emotional regime’ and create a new ‘emotion community’ to use the terms coined by Reddy and Rosenwein. And, for contributors such as Francescato and Aspesi who have continued to write about and investigate love, relationships and the role of women, it was a feminist practice that continued long after Effe ceased publication.

William Reddy, The Navigation of Feeling: A Framework for the History of Emotions (Cambridge: Cambridge University Press, 2009)

Maud Anne Bracke, ‘Building a “counter-community of emotions”: feminist encounters and socio-cultural difference in 1970s Turin’, The Journal of the Association for the Study of Modern Italy 17:2 (2002), pp. 223-236