Find out more
Home / History / Gender & Feminism / A Global History of Sex and Gender: Bodies and Power in the Modern World / Science and the gender binary

Science and the gender binary

How Enlightenment science has constructed two opposite genders.
© University of Glasgow

We have established that gendered attitudes have differed in past societies. What it was to be a woman or a man depended to a large degree on the historical period in which you lived, as well as your class, age, ethnicity, race and nationality. But what of the gender binary itself, the assumption that there are two, fundamentally different genders, correlating in a straightforward way to two oppositely sexed bodies? History reveals this too, to be profoundly affected by culture. 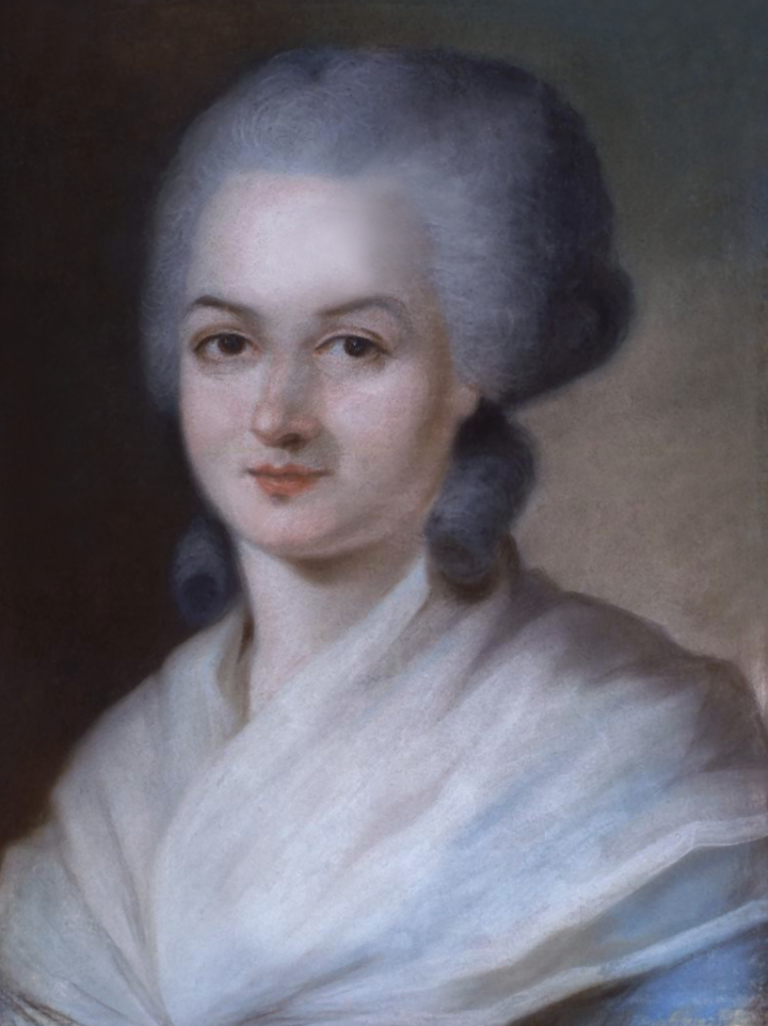 During the European Enlightenment, new ideas on natural rights by writers including John Locke, Thomas Paine and Jean-Jacques Rousseau held radical potential for gender equality. If all men were born equal and with equal natural rights, then surely so were all women? This line of argument was not lost on feminist writers such as Olympe de Gouge, who declared ‘Woman is born free and remains equal in rights to man’. In order to diffuse this radical threat and continue to exclude women from the polity and the public sphere, it became necessary to prove women’s and men’s fundamental difference. 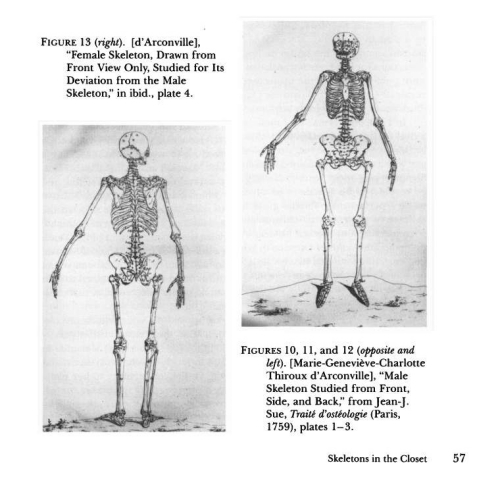 This proof came from the increasingly authoritative discipline of science, with the first anatomical drawings of a distinctively female skeleton published between 1730 and 1790. Prior to this period, it had not been deemed necessary to produce such drawings. There had been one basic model for the human body and that model was male. As historian Thomas Laqueur notes ‘no one was much interested in looking for evidence of two distinct sexes … until such differences became politically important.’ As investigations continued, scientists found that sexual difference diffused all parts of the human body. Scientific investigations peaked in the second half of the nineteenth century, with the advent of Darwinian theories of organic evolution. Natural scientists produced detailed taxonomies of behavioural and psychological differences between the sexes, based on evidence ranging from relative brain size to cellular physiology. For example, the biologists Patrick Geddes and J. Arthur Thomson, writing in 1889, claimed that metabolic processes of (female) ‘anabolism’ and (male) ‘katabolism’ were responsible for a raft of constitutional differences between the sexes:

The feminine passivity is expressed in greater patience, more openmindedness, greater appreciation of subtle details, and consequently what we call more rapid intuition. The masculine activity lends a greater power of maximum effort, of scientific insight, or cerebral experiment with impressions, and is associated with an unobservant or impatient disregard of minute details, but with a stronger grasp of generalities. Man thinks more, women feels more. He discovers more, but remembers less; she is more receptive, and less forgetful.

Sometimes, scientific theories of gender difference were used to shore up conventional social roles. Charles Darwin, for example, maintained that man’s intellectual pre-eminence was an inevitable consequence of natural and sexual selection. However, Geddes was broadly supportive of the women’s rights movement, and his theories were taken up by late-Victorian feminists, who used his notion of women as inherently altruistic to justify an expansion of their role in public life. For him and many first-wave feminists, men and women were equal but different, Geddes asserting that ‘to dispute whether males or females are the higher, is like disputing the relative superiority of animals or plants. Each is higher is its own way, and the two are complementary.’ 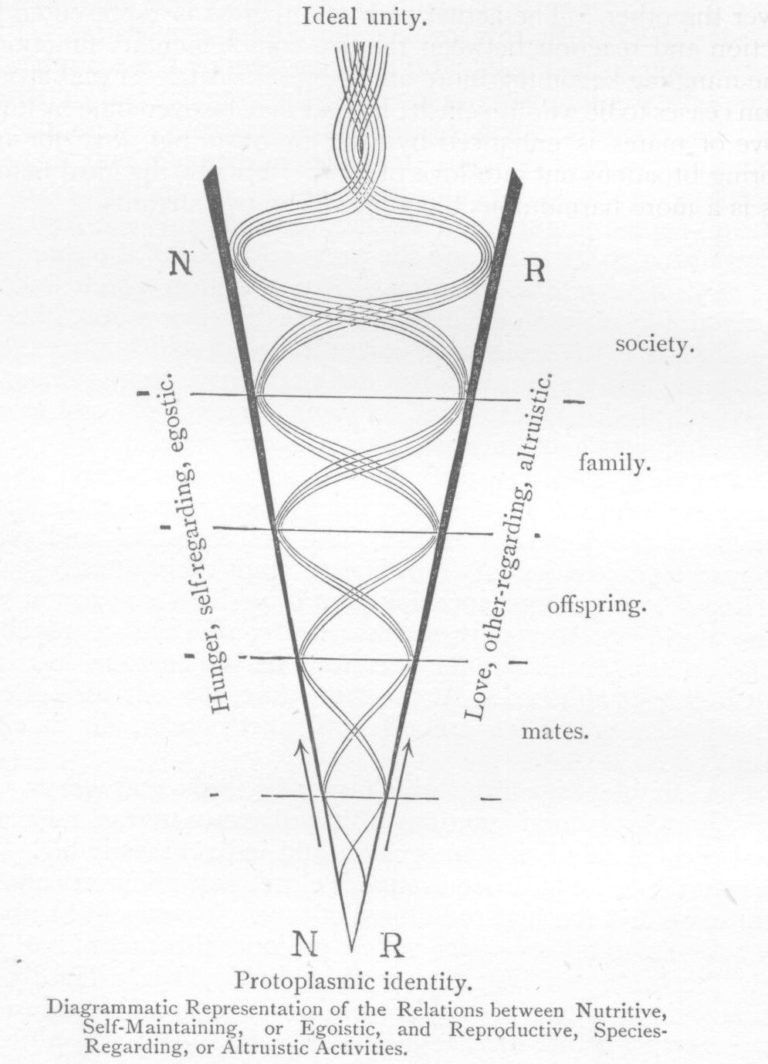 Today, those scientists who forward theories of innate gender difference are more likely to draw on genetics, sex hormones, or neurobiology. Evolutionary theories of sexual selection haven’t gone away, although according to psychologist Cordelia Fine, they are looking ‘decidedly vintage’.

Londa Schiebinger, ‘Skeletons in the Closet: The First Illustrations of the Female Skeleton in Eighteenth-Century Anatomy, Representations 14 (1986), pp. 42-82.