Reducing all forms of violence: from peacekeeping to peacebuilding

Learn why we need to reduce all forms of violence through peacekeeping to peacebuilding. 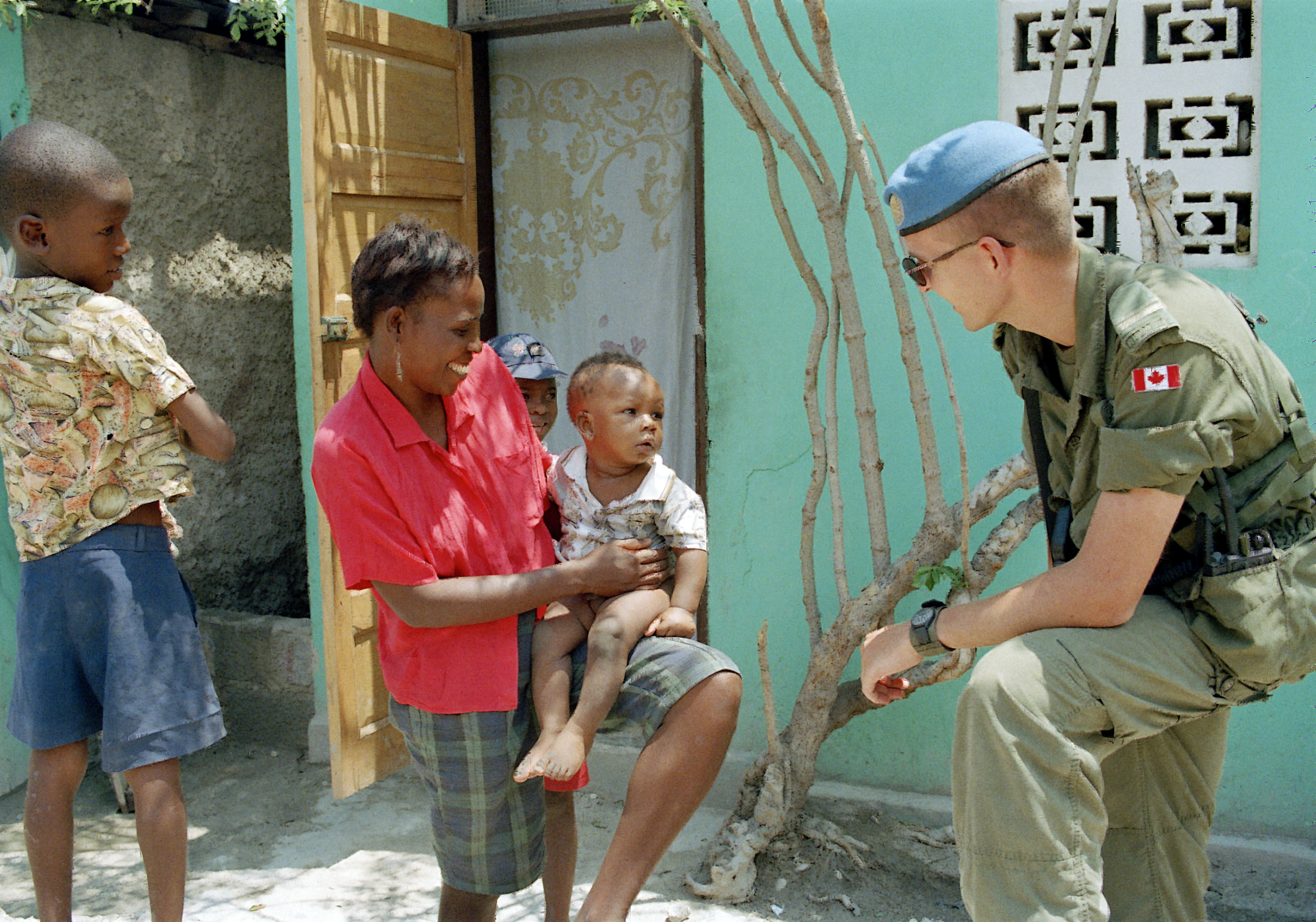 SDG 16 aims for the “elimination of violence” as a basis for the establishment of sustainable development. We have seen in the earlier video and articles that violence can be understood as something both direct (physical and obvious) and structural (embedded in social structures of inequality) in peace research. This is reflected in current thinking on peacebuilding at the UN level.

What do we mean by peacebuilding?

In 1992 UN Secretary General Boutros Boutros Ghali introduced “An Agenda for Peace”. He argued that UN efforts must go beyond peacekeeping – simply stopping violence and holding a truce between warring parties – to a wider agenda of peacebuilding.

Peacebuilding is defined as:

“a process that facilitates the establishment of durable peace, and tries to prevent the recurrence of violence by addressing root causes and effects of conflict through reconciliation, institution building, and political as well as economic transformation”. (UN General Assembly, 1993)

View Course
UN Peacekeeping Operations are taking on this broader understanding of peace. For example, researchers and peacekeeping practitioners from 7 European countries, led by Trinity College Dublin, are working on the Gaming for Peace project. The project is building a new virtual reality game to train international military and police in peacekeeping skills such as communication, cultural sensitivity, and gender awareness. Entering the game as avatars, players will role play as a member of another organisation, a different gender, or nationality, and can experience a variety of conflict zone scenarios from a range of different perspectives.
Projects such as Gaming for Peace show that UN peacekeeping is moving from its previous focus on holding the line between warring parties, and becoming more multidimensional. This means that it is taking on many different peacebuilding activities and using an extremely varied approach in peace operations.
Today, we can see a constant blurring of lines between conflict prevention, crisis management, and various forms of preventive action intended to stop armed conflicts before they escalate to widespread violence. This is collectively known as preventive diplomacy (Zyck, S. & Muggah, R., 2012).

Changes in peacebuilding and peacekeeping

Over a period of forty years (1945–1989) the UN Security Council authorised and deployed only eighteen peace operations. In recent decades; however, there has been a five fold increase in UN peace operations, with the scale of peacekeeping dramatically rising in the post-Cold War years. During the period from 1990 to 2014 the UN authorised 52 different operations. These included; the UN Iraq-Kuwait Observation Mission, the UN Observer Mission in El Salvador, the UN Advance Mission in Cambodia, UN Missions in Somalia, Uganda-Rwanda, Liberia, Angola, Haiti, and Tajikistan, a UN Confidence Restoration Operation in Croatia, a UN Preventive Deployment Force, and a UN Mission in Bosnia and Herzegovina, among many others.

Consequently, peacebuilding and peacekeeping has dramatically changed, developed, and advanced over time. 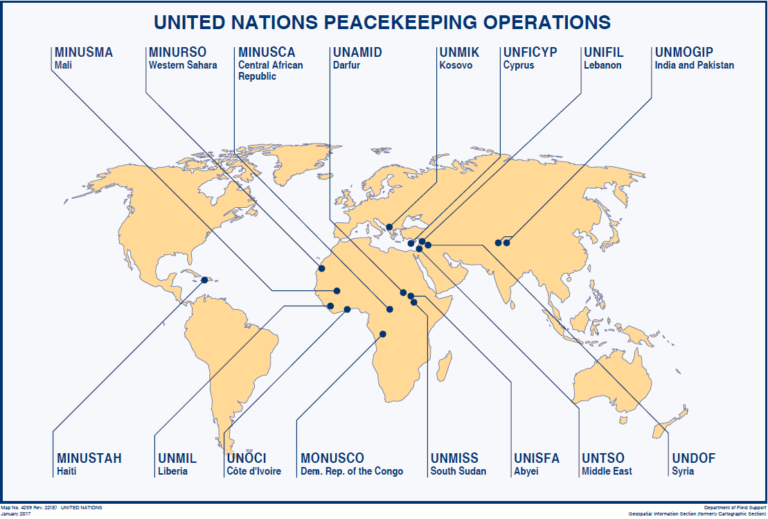 Copyright United Nations. Read about the current UN peacekeeping operations around the world.

With the growth of peacekeeping, there has also been the growth of international organisations and joint UN missions, especially between the UN, European Union, and the African Union. There is ever increasing participation of civilian peacekeepers including civilian police, election monitors, and various types of civilian administrators.

The approach to conflict prevention and peacebuilding in more recent years has been an attempt to broaden the model of peacebuilding beyond traditional peacekeeping which uses military force to keep the peace between warring parties.

Conflict prevention is now moving to a different way of thinking and increasingly includes such practices as:

In turn, peacebuilding has also changed. For example, through: 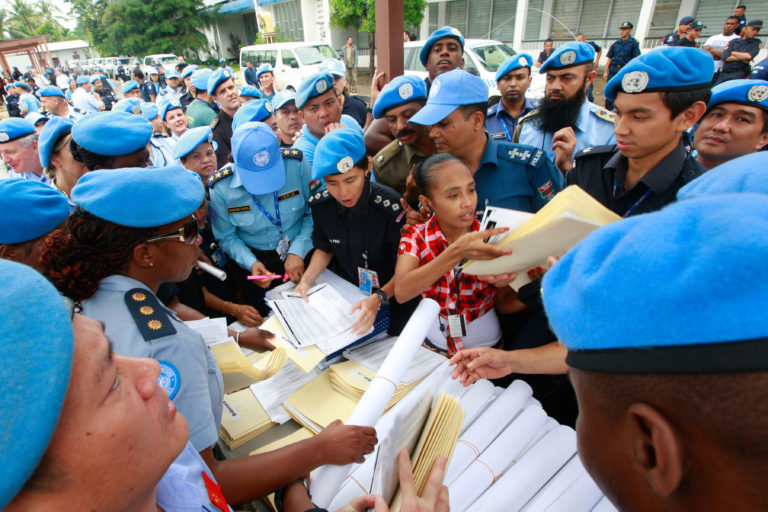 While the protection of civilians is paramount, the concept of “responsibility to protect” has become a central issue where states have a duty to protect citizens from war crimes, genocide, ethnic cleansing, and crimes against humanity. In recent decades, new conflict units have been created which seek to bring in these broader elements of peacebuilding. These include the UN Development Programme, the Disarmament, Demobilisation and Reintegration Unit, and the Security Sector Reform Unit.

In the next step, we will be looking at the interesting case study of Kosovo, and the challenges it faces for peacebuilding after conflict.