Peace in Colombia: What Are the Challenges?

What are the challenges to transitioning to peace in Colombia? Learn about the re-integration of FARC rebels into society. 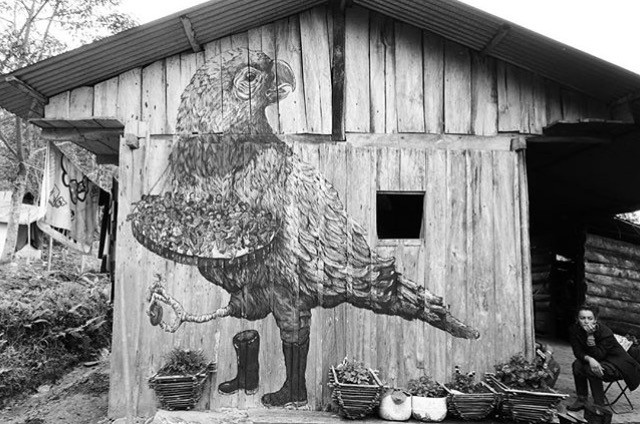 SDG 16 emphasises that both promoting peaceful and inclusive societies, and ensuring accountable, inclusive, and transparent institutions are central to sustainable development.

In light of this goal, we are going to look at the case study of the recently signed Colombian peace accords between the Revolutionary Armed Forces of Colombia (FARC-EP) and the Colombian government. This is an interesting case study as it looks at how a country addresses transitioning to peace by reintegrating groups involved in conflict. It also highlights the importance of inclusive institutions to maintain peace.

In this case, the Colombian peace accords contain many provisions that seek to ensure peace through just institutions, but many challenges remain.

Challenges to achieving peace in Colombia

Colombia is a middle-income country in South America which has experienced relatively steady economic growth and human development. But alongside this development, over 50 years of internal conflict has had devastating effects on the country: claiming more than 220,000, mostly civilian lives, and victimising more than 7.9 million people (Oficina del Alto Comisionado para la Paz, 2016). The conflict has mainly had an impact on poor rural regions where left-wing guerrilla groups, right-wing paramilitaries, and the Colombian state army “fight a war with class dimensions” (Cockburn, 2007: 13).

This conflict has been attributed to many problems and challenges, for example:

Such problems are worsened by international state actors, multinational corporations, narco-trafficking, and criminal gangs. There have also been widespread human rights violations.

After four years of negotiations, which began in 2012, the Colombian peace accords were signed in November 2016. A first version was narrowly defeated in a national referendum the month previously. This final second version of the accords was published after consultation with opposition and other groups, and was ratified through the Colombian National Congress.

The Colombian peace accords have been praised for their inclusive language and various approaches to, and conception of, peace. The agreement will attempt to correct many of the injustices at the root cause of the conflict rather than only focusing on stopping direct violence. For example: 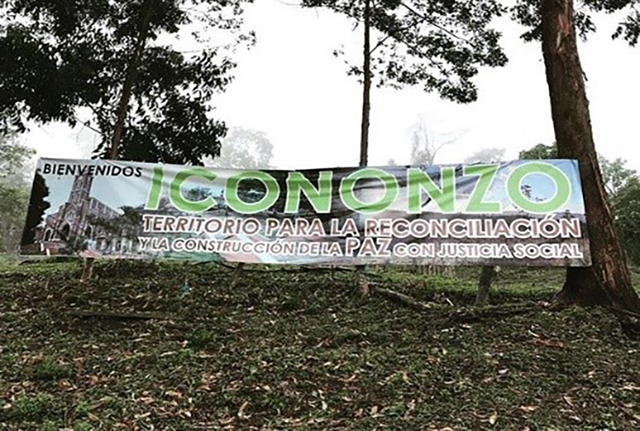 The entrance to the FARC-EP demobilisation camp near Icononzo, Colombia. The sign reads “Territory for reconciliation through the construction of peace with social justice”. © Chiara Mizzoni

Reintegration programmes are believed to be vital to stopping conflict and ensuring peace, and a failure to do so could lead to conflict resurgence. Both the government and FARC-EP need to be committed to this long-term process which will include benefits such as economic and educational assistance. 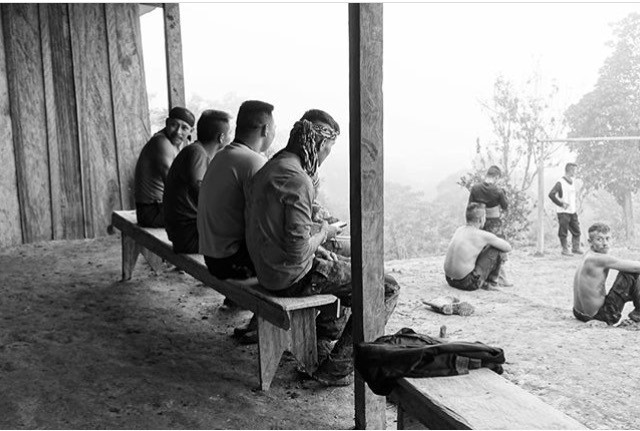 Members of FARC watch a game of afternoon football at the Icononzo camp. © Chiara Mizzoni

The peace accords also guarantee the fair and safe participation of FARC-EP in political life as an established political party after this phase. Given the large sectors of society who remain on the fringes of Colombia’s political process, the peace accords aim to deepen democracy in Colombia. The agreement aims to do this by improving citizen participation and creating space for political opposition groups, dissidents, and new movements which may emerge post-conflict.

An important part of the peace process is what is known as transitional justice. This is a term used to talk about how countries emerging from conflict address human rights abuses. In Colombia, transitional justice is generally viewed as having three key elements: truth, justice, and reparation. The peace agreement creates an innovative transitional justice framework which includes two mechanisms: a Justice Tribunal and a Truth Commission.

Through the application of an amnesty law (for those cleared of crimes against humanity), sentencing will include restricted liberties and work on community projects. A victim’s fund, alongside a land fund, will compensate victims.

The challenge of unjust institutions

Colombia already has strong legislation in place to protect the rights of victims, women, minority groups, and indeed all citizens.

There is however, a clear gap between policy and implementation.

Unjust institutions pose real challenges to peace and development, and in the case of Colombia harmful cultural attitudes continue to reveal themselves through the violation of the economic, political, and social rights of Colombia’s citizens. In particular, women, indigenous and Afro-Colombian groups, campesinos, and the LGBTI community. Widespread impunity for certain crimes, such as sexual, domestic, and conflict-related violence (e.g. forced displacement), as well as slow uptake and structural challenges mean that despite explicit policy, equality and justice remain problematic.
On a positive note, legislative and judicial processes required for the peace process implementation are ongoing. Nevertheless, challenges to peace remain. These include:
Finally, there is the ongoing challenge of bringing together a deeply divided country where certain political and social opponents remain highly sceptical of peace with FARC-EP, and of the transitional justice process.

The future for peace in Colombia

A peace agreement with FARC-EP will not ensure an end to systematic direct violence, especially when many illegal armed groups continue to operate. Similarly, an absence of direct violence will not equate to peace and development.

For peace and therefore sustainable development to flourish in Colombia, certain societal structural inequalities must be addressed, and it is positive that the accords acknowledge this.

But a real commitment to justice for victims, the successful reintegration of FARC-EP, as well as the sustained political and social will to ensure the successful implementation of all aspects of the peace accords are needed. Only then will the aspirations of SDG 16 be realised in Colombia.

Chiara Mizzoni is a PhD Researcher in the Irish School of Ecumenics at Trinity College Dublin. As part of her research she is exploring Colombia’s DDR (Disarmament, Demobilisation and Reintegration) programmes from a gender perspective.