How does living in so-called “slums” impact health? In this article, Vitor Pessoa Colombo introduces health issues in deprived informal settlements.
© University of Basel
In the previous step, we saw that the physical environment can be considered as a key health determinant. In this sense, we argued that inequitable urban development is a most pressing public health issue. Indeed, an inequitable distribution of basic services such as water, sanitation and healthcare can lead to equally inequitable health outcomes, depending on where one resides.

Those who live in “slums” are exposed to exacerbated risks of various types of diseases. The health priorities may differ from other areas of the city; failing to address such specificities and intra-urban disparities leads to inadequate policies and interventions. 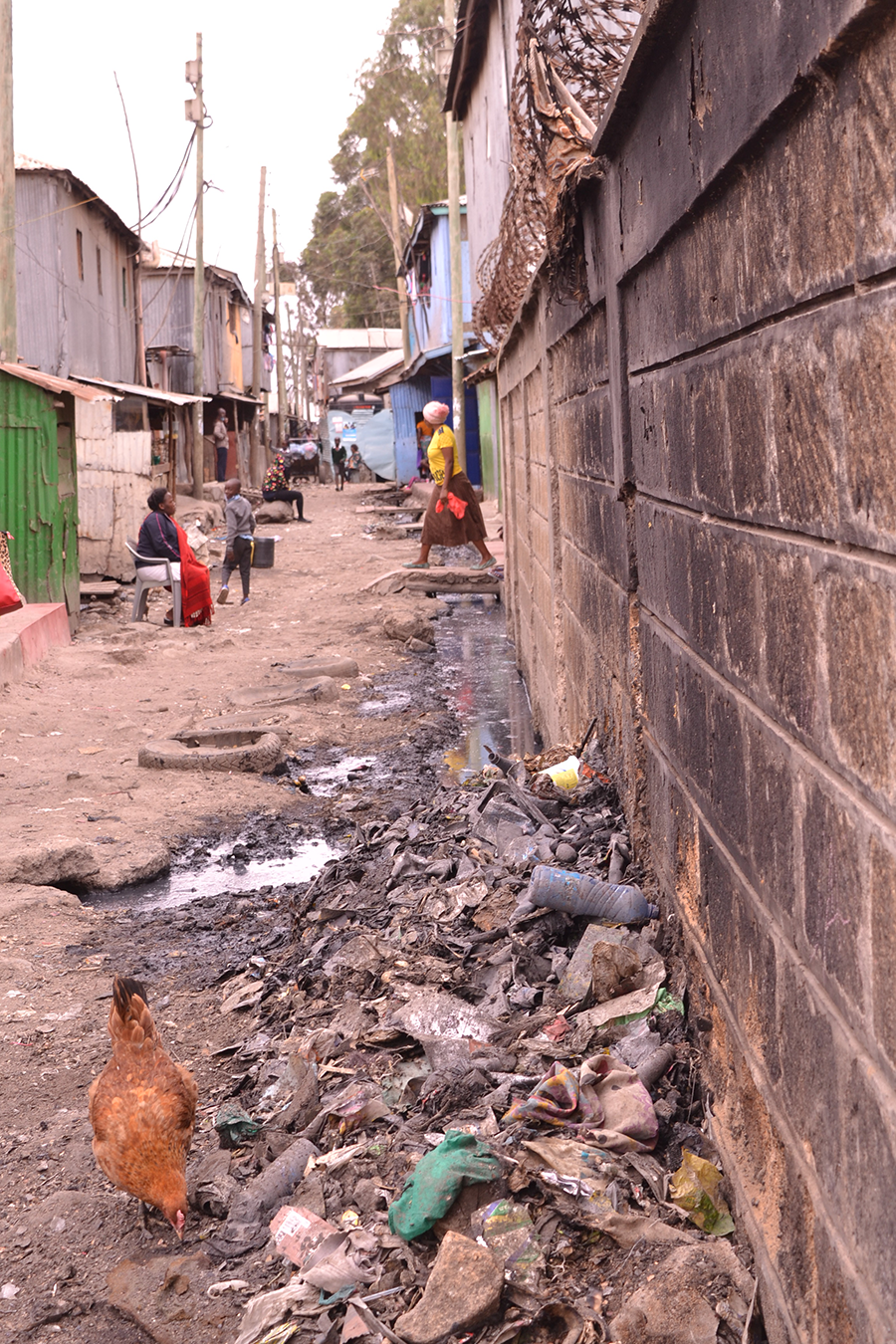 The question of “slums”

The urban poor often have no choice but to live in informal, under-equipped settlements commonly called “slums”. In sub-Saharan Africa, 56 % of urbanites live in such settlements. The term “slum” has a pejorative connotation; it originated in 19th century England, where it was used to describe undesirable and unhealthy places. Nevertheless, the term is widely employed, having a statistical purpose relevant to different contexts, from population studies (e.g. Nairobi Cross-Sectional Slums Survey by the African Population & Health Research Centre) to the Sustainable Development Goals formulated by the United Nations. The term has recently also been claimed by “slum dwellers” such as in the multi-national, non-governmental organisation called Slum Dwellers International – a global fight for the rights of the marginalised urban poor through capacity building and by increasing their visibility.

“Slum” will be used hereafter to refer to settlements corresponding to the definition given by the United Nations’ Human Settlements Program. According to UN-Habitat, slums are the most deprived and excluded form of informal settlements, that have one or more of the following deprivations:

It is important to note that each of these five deprivations may affect people’s health, either directly or indirectly. In fact, in the context of slums the physical environment is responsible for “neighbourhood effects” that exacerbate health risks and make this settlement typology extremely vulnerable, in socioeconomic and public health terms. For instance, unsafe access to water and sanitation is a risk factor for diarrheal diseases, which are amongst the main causes of death in the continent.

The burden of disease is not evenly distributed in space, varying greatly between regions and within cities. Although non-communicable diseases inflict an increasingly high burden in African cities, one must not forget that infectious diseases still pose a great challenge to public health and urban planning.

For example, in Nairobi (Kenya), city-level data shows that diseases related to unsafe water, sanitation and hygiene (WASH) inflicted a relatively low burden in the year 2016, while non-communicable conditions such as malnutrition and hypertension were considered the main risk factors. However, such conclusions do not address local differences between populations and intra-urban locations – notably, it does not address the burden of diseases in slums, where over half of the city’s population lives. In 2012, the prevalence of diarrhoea (all types) amongst children under 5 was higher in Nairobi’s slums than in other urban or rural areas in Kenya. Diarrheal diseases are associated with the lack of adequate WASH amenities.

When defining urban intervention priorities, it is crucial to consider such intra-urban disparities that may lead to diverging public health priorities within the same city.

“Slum health” is considered a specific topic of enquiry within urban health: in order to address the aforementioned disparities, national censuses and surveys should be designed in a way that slum areas may be directly identified. This would allow for assessments that are specific to these settlements and their populations, and that are more efficient in improving their quality of life. Such measures would improve the well-being of slum dwellers.

Although the UN provides a conceptual framework to define “slums”, there is still much debate regarding objective, quantitative indicators that could be employed to define such areas. In this regard, a combination of remote sensing techniques and on-site inquiries with local communities shows a promising path. The availability and quality of data collected in slums is another challenge. Even authoritative datasets are prone to inconsistencies and can be incomplete. This leads us to this week’s next step: the urgent need to address the knowledge and data gaps regarding slums. Without proper data on these populations and their needs, interventions can hardly meet their goals, neither quantitatively nor qualitatively.

Habitat III Secretariat. The glossary of the Habitat III