Plants: Plants that pollinate by wind produce huge numbers of pollen. Depending on the vegetation, sensitization profiles and frequencies may vary. Common allergenic plants include deciduous trees such as hazelnut, elder, ash, olive, birch, beech, oak as well as grass and some grain or weed pollen. Regional pollen calendars and reports allow to identify time periods with high pollen counts of particular plants and help reducing exposure. Indoor sources may be ornamental plants such as Ficus benjamina in which the sap of the leaves and branches contains the allergen. Insect-pollinated plants, eye-catching blossoms and flowery scents have large sticky pollen and rarely cause respiratory allergies. 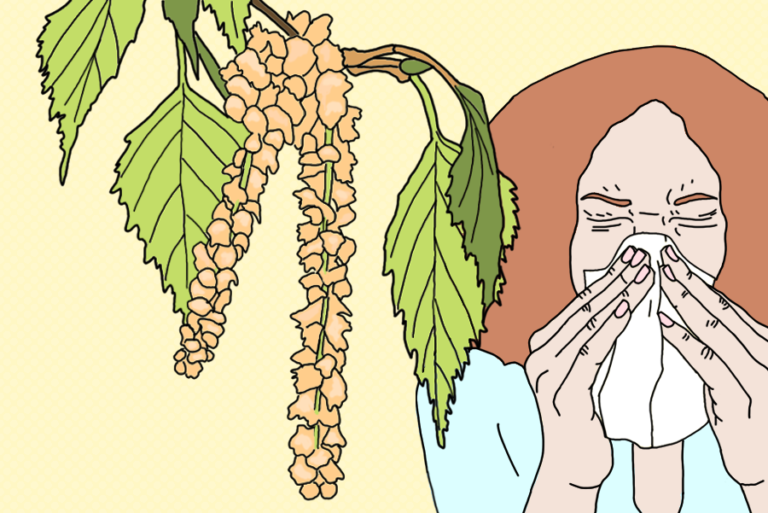 Fungi: Fungal spores are ubiquitous. Some species of airborne fungal spores, such as Alternaria, Aspergillus and Cladosporium are found throughout the world and are known to occasionally cause allergic reactions. Other fungi are very rarely allergenic. Aspergillus is one of the few allergens that can replicate in the respiratory organs of immune-compromised patients and also cause a fungal lung infection.

Insects and mites: In insects and mites, the allergens are mainly present in excretions or on body parts. The two house dust mites D. pteronyssinus and D. farinae belong to the most prevalent elicitors worldwide and may cause symptoms all year around. Cockroaches, locusts, and crickets are insects which frequently cause allergic respiratory symptoms. Stinging insects (ie bees, wasps, hornets) may cause generalized allergic reactions through allergens in their venom, whereas biting blood-sucking insects (ie mosquitoes, ticks) cause mostly local skin symptoms through factors in their saliva.

Animals: Animal allergens include cat, dog, horse, cow, and rodent dander. Hair itself does not contain allergens but may carry and spread it. The main allergen sources are scales, saliva, serum albumins, and urine. Bird allergens, in particular feather proteins, are less often problematic.

Cross-reactions may occur in cases where a food allergen has a molecular structure that resembles the one of a respiratory allergen. This food then typically causes mild symptoms such as itching, redness, and mild swelling in the mouth and throat. Common examples are cross-reactions between tree pollen and fruits or nuts, between dust mites and shrimps, or between bird feather allergens and eggs. As an example, someone who is sensitized to a birch pollen allergen may also show allergic symptoms when eating raw apples and nuts.

Let’s now consider the case of a 15-year old boy who suffers from itchy red eyes and a runny nose, particularly in the springtime during March and April. While playing soccer in the yard, he twice experienced an asthmatic attack. He occasionally took antihistamines, which mitigated his symptoms. One year ago, his oral cavity started to itch and swell while eating raw apples. He showed no symptoms after drinking apple juice and eating apple jelly. His father had hay fever as a young boy and his older sister suffers from an allergy to cat dander. When he was one year old, he had a bout of atopic eczema. Skin tests revealed sensitizations to birch and hazel pollen as well as to grass pollen and apple.

It was concluded that the boy had an allergic rhinoconjunctivitis, occasional allergic asthma to birch pollen, an oral allergy syndrome to apple, and sensitization to grass pollen without current symptoms. Sublingual immunotherapy with birch pollen was proposed and a betamimetic asthma spray to intercept asthmatic attacks was prescribed.