An unexpected effect of a pain medication

In this article Andreas J. Bircher presents the case story of a patient with a pseudoallergic reaction to a nonsteroidal anti-inflammatory drug (NSAI
© University of Basel
Non-steroidal anti-inflammatory drugs (NSAIDs) and analgesics in general belong to the most frequently taken drugs worldwide. This case study shows how an NSAID causes a drug hypersensitivity reaction through a non-immunological, pseudoallergic mechanism.

For years, a 50-year-old nurse with frequent headaches has been intermittently taking diclofenac – a potent nonsteroidal anti-inflammatory drug (NSAID). One evening, she took 100 milligrams of diclofenac because she had a hurting, inflamed wrist tendon. The next morning, she took again the same dose and, within 10 minutes, a widespread itching and urticaria occurred and she experienced difficulties breathing and belly pain. She called the ambulance, received anti-allergic treatment, and her symptoms resolved rapidly thereafter. After 24 hours, she was released from the hospital. 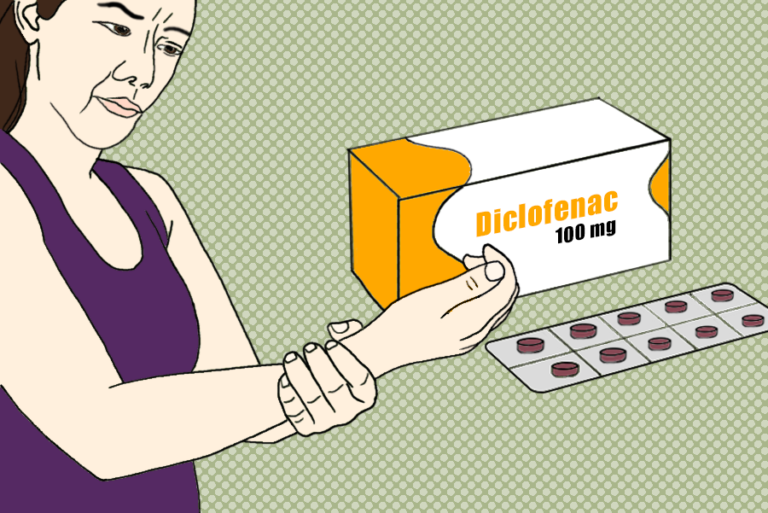 Analgesics can be an elicitor of an allergy.

The diagnostic workup has shown that her mast cell tryptase levels increased from 3.7 at baseline to 8.4 nanograms per milliliter shortly after the reaction. This corresponds to a mild elevation within the normal range. Her allergy history revealed mild hay fever, but no previous history of food or drug hypersensitivities. An allergy workup showed positive skin prick tests to grass pollen, but negative skin tests to several analgesics, including paracetamol, aspirin, and diclofenac. Moreover, no specific antibodies could be measured.

NSAIDs may cause gastric irritation, stomach ulcers, and kidney problems when taken over a long period in higher doses. This is a typical type A reaction due to drug overdose. NSAIDs are also common causes of immediate-type symptoms including pruritus, urticaria, angioedema, asthma, and – in severe cases – up to anaphylactic shocks. Although the symptoms closely resemble IgE-triggered mast cell-mediated reactions, so far, for NSAIDs no immunologic mechanisms could be demonstrated. These reactions are classified as type B reactions, they are mediated by a pseudoallergic, non-immunologic mechanism. Several subtypes of adverse reactions to NSAIDs are observed:

In all three types of these NSAID hypersensitivities, no IgE antibodies are detectable and skin or blood test are therefore negative. Only a controlled re-exposure under intensive hospital surveillance will help to identify alternative analgesics. In most cases, weaker analgesics, such as paracetamol, are tolerated.