How wider influences, such as governments and the media, impact the way smartphones are used as well as what people commonly say about them. 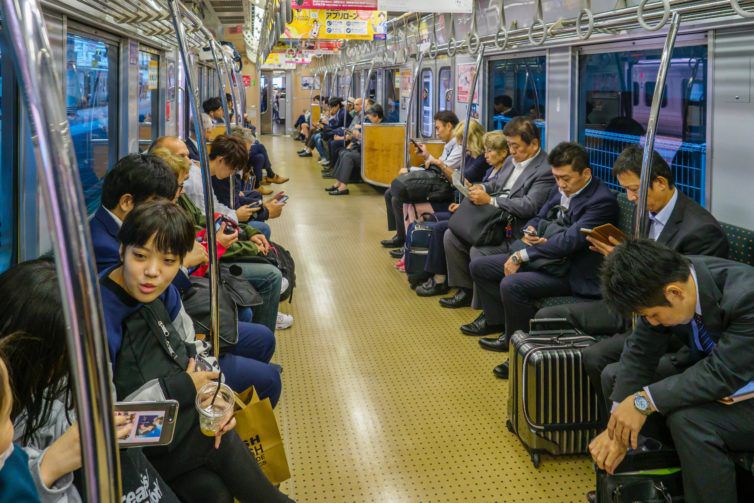 In this step, we discuss how wider influences such as government representatives or various media outlets impact not only how smartphones are used, but also what people say about them.

Our studies revealed some quite direct government interventions in certain field sites. For example, in 2018, the president of Uganda, Yoweri Museveni, imposed an OTT tax on the use of social media. OTT stands for ‘Over The Top’. The tax was implemented because he claimed that social media promoted fake news, gossip and pornography. His younger political opponent claimed that this tax was the elderly president trying to prevent free speech and political criticism.

Censorship was also noted in Cameroon, where in 2017, the state shut down internet access in the English-speaking regions of the country that want to separate from the dominant French-speaking areas.

A very different kind of intervention is found in China, where the Communist Party strongly encourages people to use the latest digital technologies because it believes that being in the vanguard of such technologies will help China leapfrog other regions that had been economically more developed in the past. On the other hand, China also imposes strong censorship both on political discussion and, through The Great Firewall, on access to many websites and social media external to China. It is estimated that there are between 20,000 and 50,000 internet police and internet monitors nationwide, as well as between 250,000 and 300,000 paid propaganda posters.

To give another example of government intervention, in al-Quds, our Palestinian site, people are very conscious of the way they might be under the surveillance of what is regarded as highly effective digital monitoring by the Israeli state.

The above are all interventions coming from the state or the government. There are also other types interventions, which we will talk about later. In addition, there is a contradiction found in all our fieldsites (apart from China): on the one hand, stories about the negative consequences of smartphones and social media are quite frequently published in many media outlets around the world. Stories about screen addiction or about how smartphones make young people more superficial or how they negatively impact their attention spans are also a frequent topic of conversation, as are concerns with the rise of ‘fake news’ and the notion of post-truth. In 2019, the Italian government proposed a bill in Parliament to try and curb some of these problems.

However, at exactly the same time, most governments, alongside most commercial services, are trying to save money and become more efficient by moving all their services online. It then becomes very difficult today to have any kind of interaction with the government other than online (although digitalisation is by no means universal). Usually, this involves a very long wait on the phone. It seems, then, that most governments and the media simultaneously condemn increased usage of smartphones while actually encouraging the expansion of usage and penalising those who do not use them (for example, by offering discounts to those who use the paperless version of bills or services).

This atmosphere of ambivalence may help to explain the way in which people talk about their smartphones. In almost all our fieldsites, we found that people constantly contradict themselves, often even in the same sentence, when it comes to the discussion of smartphones. They say that by focusing on screens, they are neglecting people, but also that they are now much more in touch with family and friends than before.

They also talk about their own concerns that they are spending too much time on the smartphone, instead of other activities. Sometimes, the way they talk about these issues reflects the narratives concerning smartphones seen in the media. They also share memes that reflect these feelings, such as in the figure below, where the ‘youth of today’, their heads looking down at their smartphones, is contrasted with the seemingly ‘good old-fashioned’ reading of newspapers. This meme was shared within WhatsApp groups in our Milan fieldsite, in Italy. 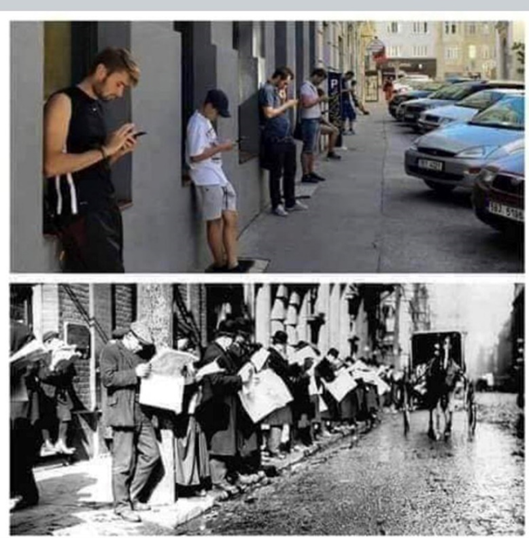 Since our focus is conveying to you what we observed in our research, we will not, in this course, try and adjudicate between the various arguments that are found in the media around whether or not there is actually a post-truth world or a filter bubble that leads people to only see opinions they might agree with. If you want a sense of these heated academic debates, see, for example, the arguments of Bruns and Sumpter as against Burke and Price, given in the bibliography below, which you can download. More details of these points can also be found in Chapter Two of The Global Smartphone (link below).

How do you feel about the issues raised above?