How is a smartphone a ‘transportal home’?

Instead of windows, you ‘portal’ from the ‘transportal home’ directly into other people’s smartphones, using webcams for example

Take a look at the short film above, which we created to show how a smartphone can be thought of as what we call the ‘transportal home’.

This film is not suggesting that the smartphone is the same as a bricks-and-mortar home. Obviously, unlike most physical homes, the smartphone is mobile. You can’t sleep and cook inside a smartphone. Instead of windows, you ‘portal’ from the ‘transportal home’ directly into other people’s smartphones, using webcams for example.

The film also suggests that the meaning of the ‘transportal home’ will be different for each population. We can expect a migrant’s relationship to their smartphone will be different from someone who lacks physical mobility or a young person frustrated that they are still living in their parent’s home.

The cartoon below highlights an Egyptian migrant’s relationship to their smartphone based on Shireen Walton’s research in Milan and was scripted by Laura Haapio-Kirk and Georgiana Murariu and illustrated by artist John Cei Douglas.

In this cartoon, we meet Heba, who is living a busy life in Milan raising her two teenage children. She is connected to Egypt, where she was born and grew up, through her smartphone, and through various interactions throughout the day.

While she has a full life in Milan, the smartphone is also a place that she ‘lives’ in while carrying out her daily activities. Listening to Egyptian music and communicating with her family throughout makes her feel like she still has a strong connection to Egypt. 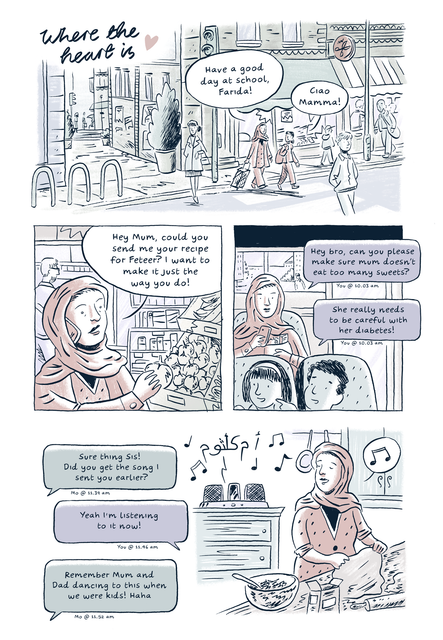 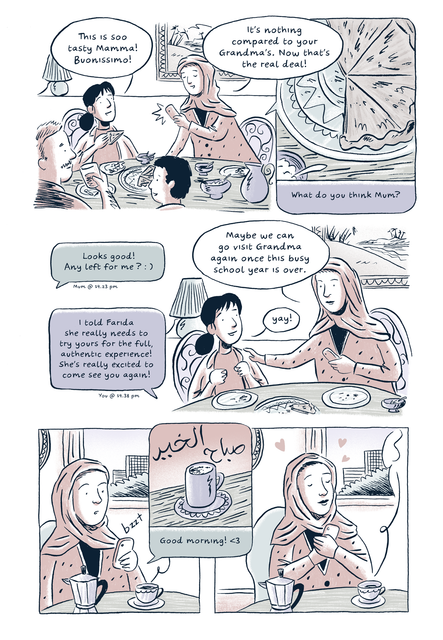 What does ‘home’ mean?

In addition, the analogy between the smartphone home and the physical home will vary because every region already has a different conception of what ‘home’ itself means.

The key question is this: does the concept of the transportal home help you gain a better perspective on our experience of the smartphone? Or do you find it merely misleading, too forced, and perhaps confusing?