Find out more
Home / Creative Arts & Media / Communication / An Anthropology of Smartphones: Communication, Ageing and Health / The socio-political importance of technology in China

The socio-political importance of technology in China

An important component of our anthropological perspective is pointing out the significant differences between the experience of people in different regions of the world. Let us start with this film made by Xinyuan Wang about how older people have developed an inseparable relationship with the smartphone.

At first glance, the experiences of the people in the video may seem quite similar to those of older people in many regions. But in her writing, Wang notes significant differences. For example, she observed that in Shanghai, it was now quite possible to find that going into a restaurant for a family meal, it might be the young people who are complaining to their older relatives that they were supposed to be enjoying a meal together but that these older relatives seem to be spending all their time on their smartphones. 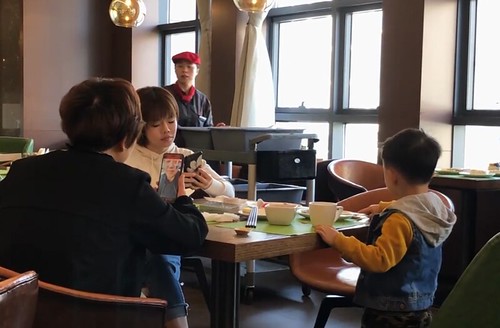 Wang points out that one of the major reasons for this lies in the attitude of the state combined with a different relationship between older people and their government. In many other regions, governments, along with the wider media, express considerable concern over what is seen as the perils of smartphones such as decline in attention span or the commercial exploitation of personal data. By contrast, for some time now, the government in China has seen the rise of digital technologies as an opportunity for the Chinese state to leapfrog other countries and take its place as the vanguard modern state. For this reason, there is constant exhortation to the population to embrace these new technologies, for example, through making almost all payments through the smartphone.

Older people in China may have lived their entire lives within a state run by the Communist Party, which has constantly sought their active allegiance of Chinese citizens. They would, then, be very used to the idea that is their responsibility as citizens to set a good example. In this case, that includes publicly demonstrating their willingness to be active proponents in embracing smartphones and other digital technologies. This could in turn be one of the reasons they may feel the natural association between themselves and smartphones which one could see reflected in Wang’s film.

Another reason comes from the history of these older people. Many of them lived through the turbulent political decade that was the Cultural Revolution (1966-1976), when they had been exiled to work in the countryside by the Communist Party purge on the urban middle-class. Now that they are older, they use smartphones and digital technology to compensate for the things they missed out on during their youth, taking up blogging, creative writing, painting and many other endeavours. In the previous step, we discussed how older people might sometimes feel younger thanks to the smartphone. But as this step has shown, this may mean something very different in each particular field site.

For more on the issue of personhood within a broader context of complex social relationships as well as the relationship between individuals and the party-state, you can download and read Chapter 7 of Xinyuan Wang’s upcoming monograph Ageing with Smartphones in Urban China using the link below.

We have also linked to a blog post on smartphone use and the sense of daily ritual in China, also written by Xinyuan Wang.