In this article, we touch on different aspects of family relations, including grandparenting and the return of the extended family. 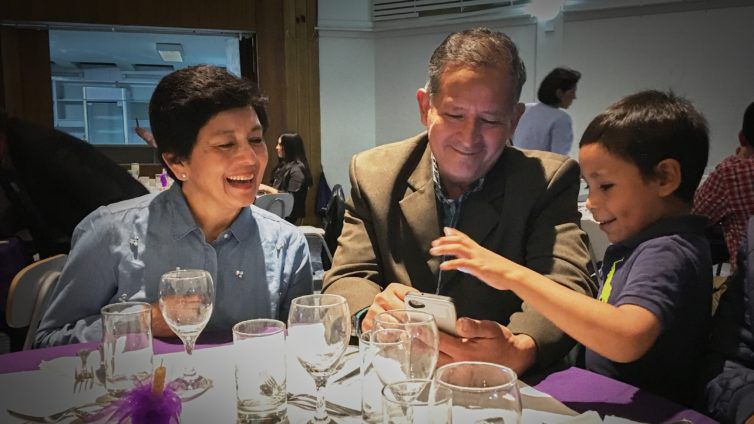 For many older people at the heart of life lies their family, the people they love and are devoted to (and perhaps also quarrel incessantly with).

For one thing, as a person ages, they simply may have more family, if not grandchildren, than often grandnieces and nephews.

Also, if they are retired, they may have more time to devote to family, though others live alone or estranged from family, so the family cannot be assumed and there are also issues of loneliness when older people become isolated.

For example, in our Palestinian fieldsite of Dar al-Hawa in al-Quds, most people continue to live in the same household as their extended family, while in some regions, the family itself has changed with the rise of alternative and quite complex and more flexible ‘non-normative’ forms.

Our research in the Dublin area helped us understand grandparenting in quite new ways. Apart from the relationship with grandchildren, they may grow closer to their own children who gain a greater appreciation of the parenting that they had experienced as children.

In this fieldsite, many of the men tended not to have been as active in parenting as their wives. Women of that generation were generally discouraged from working and stayed home to raise their children while men worked full-time jobs.

The rise of feminism has also impacted people’s consciousness of gendered roles. As a result, many of these male research participants now regretted their absence as parents, which then led them to become more involved as grandfathers.

The return of the extended family

Another major change that is more closely related to the use of smartphones was a partial reversal of what has perhaps been the most consistent trajectory in family relations across much of the world over the last two centuries: the rise of the nuclear family at the expense of the extended family.

The smartphone has allowed for a new kind of family

Almost all new housing in many countries is designed now for the nuclear family. But the smartphone has allowed for an entirely new kind of family: the extended family that is now back in touch mainly on messaging apps and social media.

One Chinese family used smartphones to ‘portal’ to the other households in their extended family. For the Peruvian migrants in Santiago, Chile that Alfonso Otaegui spent 16 months with, this was mainly a result of the new possibilities for transnational communications: when they had first moved to the country, in the 1990s, international calls often had to be made from public payphones and were very expensive.

The intensity of obligations under one roof

Alongside increasing affluence, one reason why the extended family declined was often the sheer intensity of obligations to relatives when all of them were living within the same house.

By contrast, when the extended family broke up, the communication between them may have become reduced to formal occasions such as weddings and festivals. When the family only met at festivals or birthdays, the conversation had often become quite formal. Now, thanks to smartphones, cousins, for example, can remain in constant conversation.

Marília Duque found that in São Paulo, thanks to this more common communication that takes place online, the extended family has returned to a more informal everyday style of communication. This new extended family may develop its own unwritten rules, such as avoiding controversial topics such as politics or religion.

Previously, then, the experience of the family in some regions had shifted from being too close and intense to too distant and formal. Smartphones seem thereby to have created a version of the family that simply wasn’t possible before, one that for many people seems to give them the advantages of the extended family without some of the more oppressive aspects.

Other changes to the family

Other changes relate to the specific nature of family across the different field sites. In Japan, a dominant demographic trend is a shrinkage in the family itself, associated with the low national birth rate. Here, chat groups on the messaging application LINE are often used as spaces for friendship.

Especially among middle-aged women, LINE friendship groups offer a form of support that in some cases surpasses what women feel they can receive from their husbands or immediate family, especially as they deal with increasing care duties towards elderly relatives.

In Patrick Awondo’s research in Yaoundé, older people feel it is their responsibility to ensure the continuity in a strong sense of the wider family that meet together at certain occasions or places such as the villages where the family originated.

The smartphone has recomposed family groups

This is difficult when new opportunities such as working abroad lead to different life experiences amongst the siblings. The smartphone has become important to the ways people try to recompose family groups under threat from this fragmentation.

In the photo below, taken by Patrick Awondo, a research participant in Yaoundé learns how to update her WhatsApp with the help of her grandchildren. 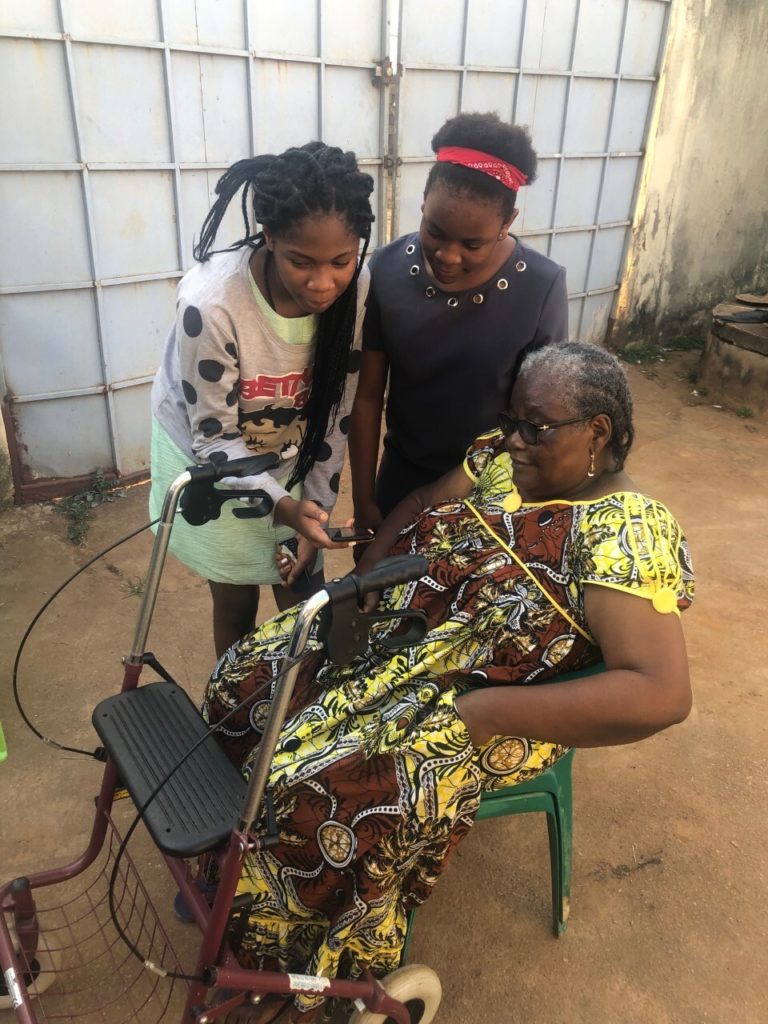