In this step, we discuss how smartphone use impact intergenerational relations. 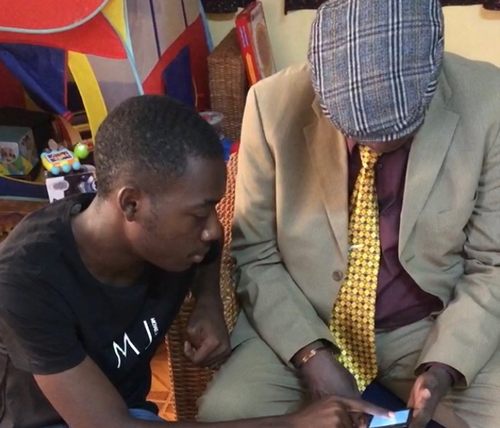 A point made in an earlier step is that in many of our fieldsites, younger members of the family seemed quite impatient when it came to helping older people learn to use smartphones.

“My daughter bought this phone for me and taught me [how to use it] on the first day. After that, if I ask something, she says ‘I already taught you’!”, says a 63-year-old woman in Santiago.

Another research participant, aged 67, also in Santiago, describes how younger family members quickly complete tasks for them when asked, but do not take them through the process:

“When you ask them [younger people] how to do something, they do it very fast on your phone, ‘pa, pa, pa, it’s done!’, but they don’t show you how to do it.” 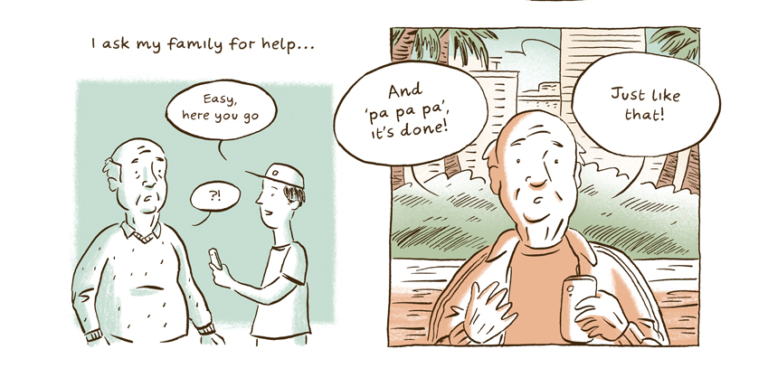 The balance of knowledge between generations

Smartphones are certainly not the cause, but they are the latest and perhaps most acute example of a long-term trend in the balance of knowledge between younger and older people. As noted in an earlier step, in an agricultural society, knowledge and skill typically grew with experience. In a digital society, it is mainly associated with the young. One research participant in Yaoundé, a 59-year-old high school teacher, feels this technological generational gap quite deeply; he explains how his generation found they had to master first the computer, then the Internet and now the smartphone. At each stage of the process, the young were already there. When a teacher has to learn from the youngest in society, there is bound to be a commensurate sense of loss of face for older people, many of whom find this re-direction of education, at least initially, quite unnatural.

In many societies, including Cameroon, Uganda but also China, respect for older people was traditionally a foundation for social order more generally. By contrast, in Kampala, older people felt that their sons teaching them how to use social media demonstrated continuity in their respect for their parents.

Even where this was less true, there are changes that simply erode the value of traditional knowledge. For example, older people may have spent a decade refining their geographical knowledge of the best way to get from one place to another. Now, they may find that with the rise of GPS and direction apps, all that patiently accumulated expertise may have become redundant.

Some older people in our Japanese fieldsites did not like the way smartphones had made them feel dependent on an external device rather than trusting their own skills, such as when navigating in remote areas. They also expressed concern about younger generations forgetting how to write now that predictive messaging suggests the right kanji (Chinese character) to use based on their phonetic keyboard input.

It was very common across several fieldsites for older people to find that their first experience of smartphones came when younger family members received a new handset and passed on their older handset to their parents or grandparents. Sometimes, they continue to make use of these. When inspecting the smartphones of older people, we often found apps that were present because of this borrowing by younger members of the family, who used the opportunity to download various apps.

On the other hand, as noted in week one’s discussion of the ‘transportal home’ (step 1.12), in some fieldsites, such as Ireland and Italy, there has also been a trend towards the younger generation (people in the 25-45 age bracket) being less able to save for and buy their own homes. This means that at an age when their parents would have already had their own homes, they remain stuck in their parents’ home.

The smartphone as a ‘transportal home’ may then help compensate for this by giving them a home within the home and knowledge that their parents may not possess.