Google hangout – the experts respond to your comments and questions

Dr Gavin Barlow and Mr Mark Gilchrist answer your questions about antimicrobial stewardship in a Google Hangout that was broadcast on Friday 9 October.

This video is also available on YouTube for you to watch at your leisure and to share with colleagues.

Here is the Word Cloud from Step 2.20 (also available to download below) 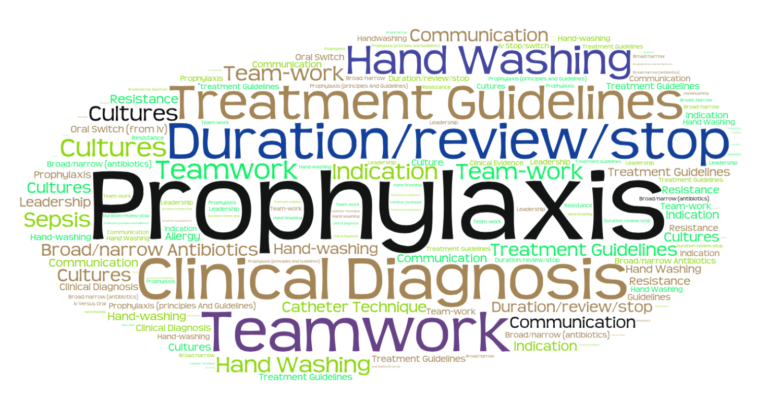 Transcription and subtitles will be available week beginning 12 October 2015