Skip main navigation
Home / History / Ancient History / Archaeology: From Dig to Lab and Beyond / What was life like in the Neolithic?

This article discusses what life was like in the Neolithic, where the shift from hunting and gathering to a farming lifestyle occured. 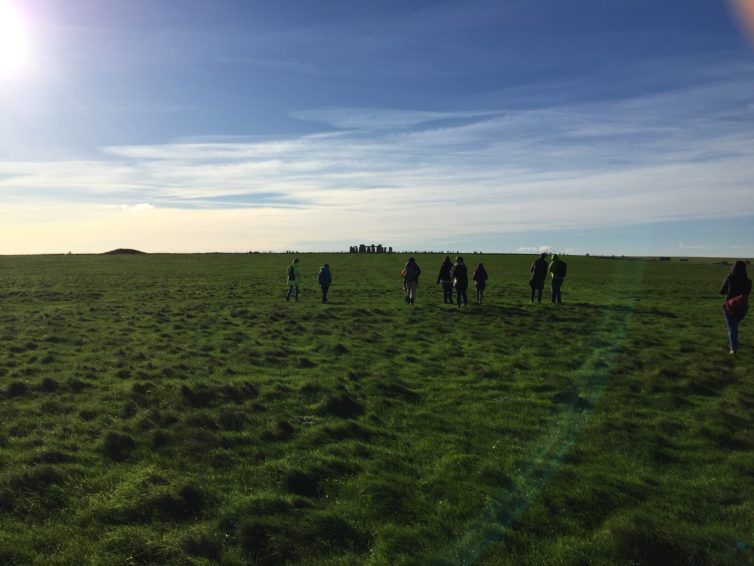 What is The Neolithic?

The Neolithic (or ‘New Stone Age’) is a term used for the period in our past when the shift from hunting and gathering wild animals and plants to a farming lifestyle occurred.

It was also the time when pottery was first used, and in many regions, people also began to live in permanent settlements. This change happened at different times and in subtly different ways throughout the world, beginning around 10000 BC in the Middle East.

The Neolithic in Britain

The Neolithic in Britain began around 4000 BC. The process by which it arrived is currently a hotly debated topic. Some scholars argue that colonists moved wholesale from the near continent bringing farming and pottery with them, but others have suggested that the indigenous population of Britain gradually adopted these new things on their own terms.

At the start of the Neolithic, people began to grow domesticated wheat and barley crops and to herd new animals such as cows, pigs and sheep; they nonetheless seem to have continued to use wild resources, such as hunted deer or gathered wild berries, as well. Pottery was adopted right across the country at this time, beginning with fairly plain styles, and later becoming highly decorated.

The introduction of pottery

The introduction of pottery would have radically changed people’s ability to cook and store food. It would also have provided people with new objects to exchange with other groups, and perhaps even to convey social messages through the decoration.

The Early Neolithic (c. 4000-3000 BC) in Britain is well-known for the construction of large-scale monuments such as long barrows (tombs) and causewayed enclosures (large ceremonial meeting places). Long barrows usually contain the skeletal remains of multiple burials (in some cases several hundred people).

Often bodies were left to decompose within the tomb, before being disturbed at a later date by the insertion of new burials. Sometimes, the bones of some ancestors may even have been removed and circulated amongst the living, perhaps during ceremonies.

Causewayed enclosures are large ceremonial sites defined by a circuit or circuits of banks and ditches. These are generally discontinuous, with entrances, or ‘causeways’, through the ditches allowing entry into the monuments at various points. As a result, it has generally been assumed that they were meeting places, settlements or camps, rather than defended sites.

Causewayed enclosures often produce large numbers of finds when they are excavated giving us some insight into what went on inside them. Feasting was clearly one such activity, and sometimes people made offerings of pots and joints of meat within the ditches.

While some substantial houses are known in Britain during this period, there do not appear to have been many of them, and it is likely that many people were still living relatively mobile lives in fairly temporary tent-like dwellings for much of the year.

As a result, they may have constructed large communal monuments to act as focal points in the landscape, where dispersed groups would meet up over the course of the year. 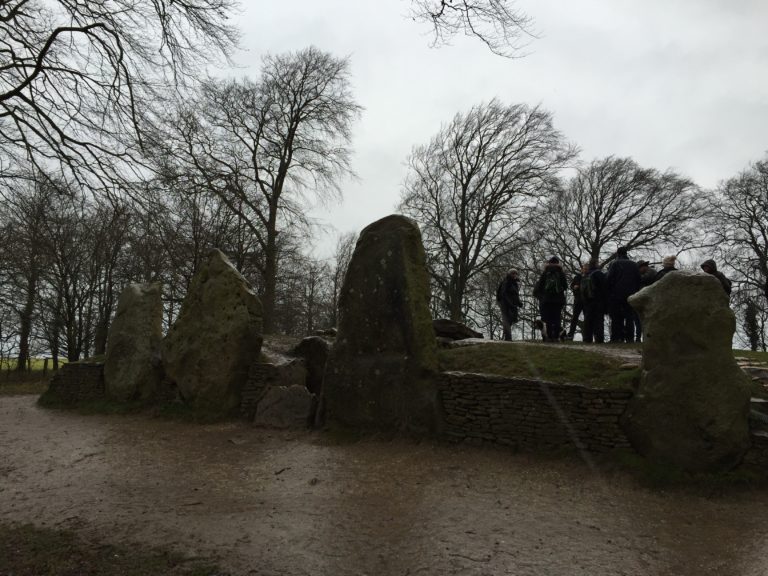 During the Late Neolithic (c. 3000-2300 BC), we see the construction of many massive monuments in certain parts of Britain, including henges and stone circles.

These probably represented a development of the earlier monuments, with some of them representing a religious focus for many miles around – sites like Stonehenge perhaps even drew people from hundreds of kilometres away.

It is feasible that, by this time, the ceremonies carried out at such ‘ritual’ sites had become much more elaborate, with nominated ceremonial leaders and perhaps only certain special people allowed to take part. It is not clear how people buried their dead at this time – long barrows had fallen out of use and there are very few archaeologically visible burial rites. It is possible that people were simply left out on mortuary platforms to rot or be picked clean by scavenging birds, or pushed out to float away down rivers.

As in earlier periods, relatively few houses are known from the Late Neolithic, and buildings of any sort are extremely rare. The best-known examples are from Orkney, off the far north coast of Scotland, but buildings of similar size and shape have recently been found close to Stonehenge and at Marden henge.

The Neolithic came to be called the ‘new stone age’ because of its polished stone tools. This new technique made stone axes a little more hard-wearing and therefore functional, but its main purpose was more likely to make them more visually appealing.

Other common Neolithic stone tools include flint blades, arrowheads and scrapers. In some cases, it is clear that incredible skill went into the manufacture of these objects – we will see this workmanship in the next section with a pair of arrowheads from Marden henge.

People would have worn clothes made from animal hide, fur and probably also woven plant fibres.

The Neolithic is seen by some as a period of incredible transformation – the time when humans first brought nature under control with domesticated plants and animals, when large scale alterations in the form of massive monuments were first made to the landscape, and when new beliefs perhaps transformed lives forever.

However, at the same time, it is possible to relate very directly to people’s lives at that time – the need to make a simple, bonfire-fired coil pot, to get together with dispersed friends and family once in a while, to bury and to remember forever one’s loved ones.