Who was Lord Elgin and why did he end up with the Parthenon Marbles? 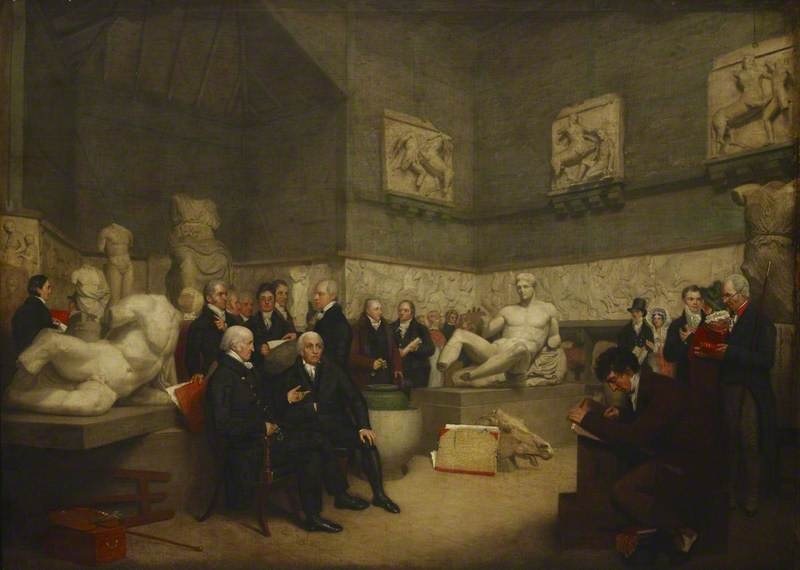 From 1801 until 1812 Thomas Bruce, the 7th Earl of Elgin, removed many remaining sculptures from the Parthenon in Athens, starting one of the longest cultural property disputes in history.

Sometime around 438 BC the master sculptor Phidias completed one of his most enduring public works: the sculptures that adorned the upper reaches of The Parthenon. This temple, dedicated to the goddess Athena and perched on the Athenian Acropolis, was built at the height of the city’s power, and to this day serves as one of the most powerful symbols of democracy, artistic vision, and the roots of Western civilisation. There the sculptures stayed, more or less, for over 2000 years until Lord Elgin had them removed.

It may come as a surprise to learn that this haul only represents a little bit more than half of the surviving Parthenon sculptures; the Elgin Marbles are not the only Parthenon marbles. Almost all of the rest of the sculptures remain in Athens.

From the start, things didn’t go well for Elgin. In 1803 the ship carrying some of the antiquities he had acquired sank and it took divers three years to recover the marbles and other pieces. He initially brought the sculptures to his Scottish estate but quickly found himself to be in significant debt. In an effort to repay his creditors, he approached the British Museum, offering to sell them the Parthenon artworks. The museum refused, saying Elgin was charging too much money. Shortly after this his wife left him for another man.

In 1816 the British Museum eventually agreed to buy the Parthenon Sculptures for £35,000, a paltry sum considering that Elgin estimated that it cost him about £75,000 to remove the sculptures and ship them from Greece. On a very personal level, removing the Marbles was probably a poor decision on Elgin’s part.

And the controversy over Elgin’s actions rages. Although the Sculptures remain in the British Museum to this day, for decades going on centuries Greece has been fighting to have the pieces returned. Significant and convincing arguments have been made by both sides. The situation is still deadlocked. There has never been a compromise.

Indeed the very name that we choose for Phidias’ beautiful artworks is significant. Words matter. To call them The Elgin Marbles indicates that you think that Elgin rightfully owned them, that they belonged to him, and that he deserves to have his name forever on the artworks. To call them The Parthenon Sculptures, although an entirely accurate term, almost certainly indicates that you completely reject the arguments for keeping the pieces in Britain and won’t hear of anything other than return. Be careful what you say.

Who owns the past? The answer is up for debate.