Learning in the animal kingdom

In this step, we look at examples of learning in the animal kingdom. 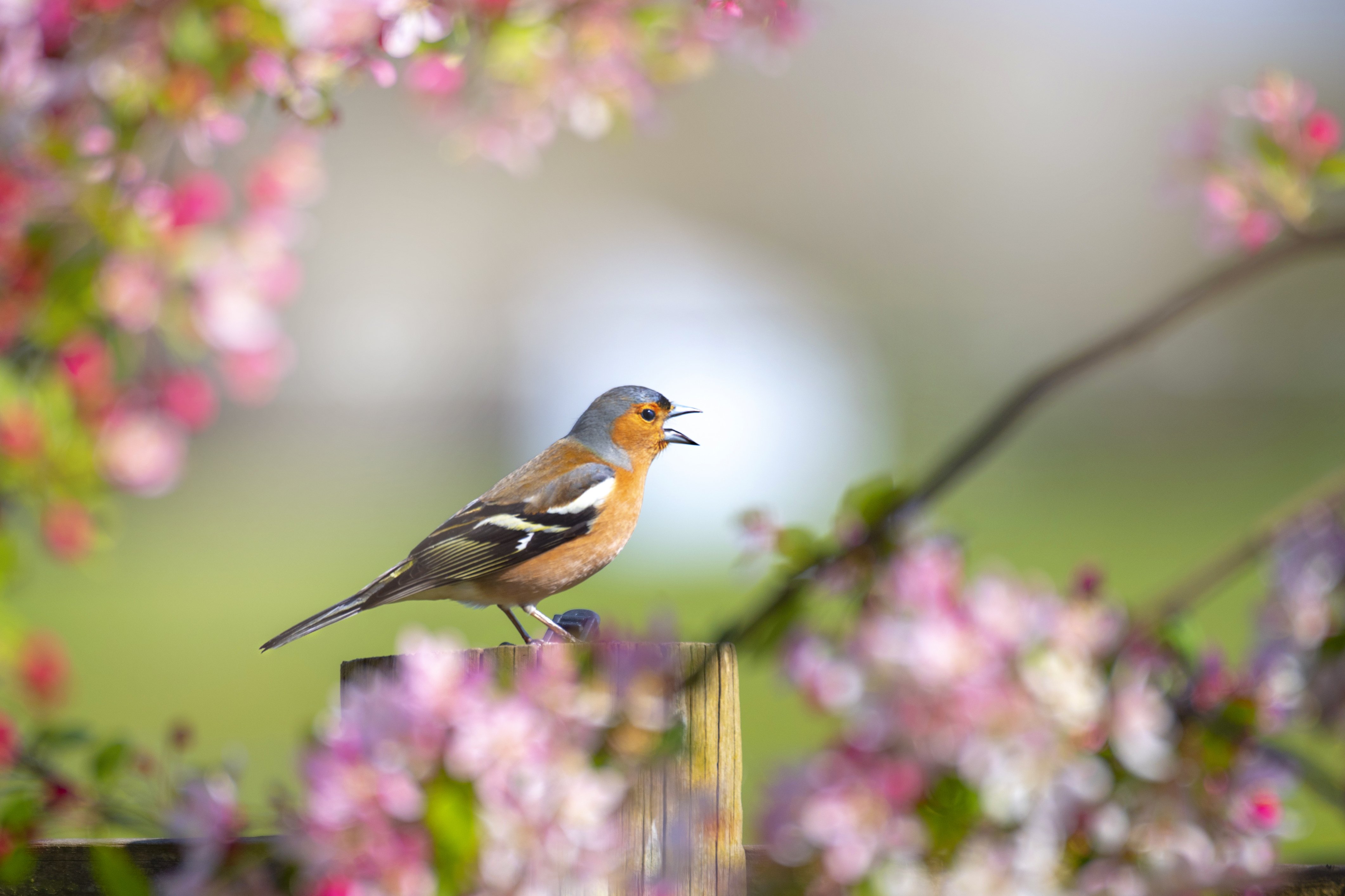 Before we explore how humans learn in greater depth, let’s take a look at the animal kingdom and explore the types of learning that we see there.

For animals as well as humans, behaviour can be modified through learning. For example, a puppy frequently barks to get a reaction from its owner. If the owner of the dog continually ignores this, it is likely that the puppy will learn that barking will not get the desired reaction. As a result, the puppy will learn not to frequently bark to get attention. Can a machine learn in the same way a human or animal does, becoming what we would consider intelligent?

The case of chaffinches

One of the most famous studies into animal learning took place in Britain in the 1950s. In 1958, the renowned zoologist, W.H. Thorpe undertook a study of learning in chaffinches, a species of small bird present in Europe, Asia and northwest Africa. In the study, he found that ‘chaffinches raised in isolation were unable to sing a normal chaffinch song’ and that they learned to sing properly when they had a recording of other chaffinches played to them. Finally, he noted that chaffinches ‘inherit an ability to recognise and respond only to the songs of their own species’ (Fischler and Firschein 1987: 130-131). This study demonstrated, therefore, that animals are capable of learning.

How do animals learn?

Animal learning, and to some extent human learning, has been classified as behaviour modification following learning (Fischler and Firschein 1987: 130-132). For example, a very young child who touches a hot object, such as the lit bulb of a lamp, will learn from being burned not to repeat this action.

The main classifications of behaviour modification are listed below:

Habituation is the waning of a response as a result of repeated continuous stimulation not associated with any kind of reward or reinforcement. Sensitisation is an enhancement of an organism’s responsiveness to harmful stimulus. Instances of both habituation and sensitisation can be found in the simplest organisms.
(Fischler and Firschein 1987: 132)

Association is a response to a stimulus with which it was not previously associated. Pavlov’s experiments, in which a dog learned to associate the sound of a bell with food after repeated trials in which the bell always rang just before the food was provided
(Fischler and Firschein 1987: 132).

This is also known as conditioned learning.

An example of this kind of learning is the scenario of a hungry rat:

An association is established between an arbitrary action and the corresponding outcome. Various actions are tried and future activity profits from the resulting reward or punishment
(Fischler and Firschein 1987: 132).

This is an example of operant conditioning.

This type of learning

…takes place in the absence of a reward. For example, rats that run through a maze unrewarded will learn the maze faster and with fewer errors when finally rewarded (compared to other rats that never encountered the maze before, but received rewards from the start of the learning sessions)
(Fischler and Firschein 1987: 132).

In this type of learning the:

…animal learns to make a strong association with other organisms or sometimes an object. The sensitive phase for which learning is possible lasts for a short time at a specific point in the animal’s maturation [..] once this phase has passed, the animal cannot be imprinted with any other object. For example, it was found that a duckling will learn to follow a large coloured box with a ticking clock inside if the box is the first thing it observes after hatching
(Fischler and Firschein 1987: 132).

This type of learning is the ability to respond correctly to a situation significantly different from any previously encountered. The new stimuli may be qualitatively and quantitatively different from previous ones. An example would be a monkey obtaining a bunch of bananas above reach by moving a box under the bananas and standing on the box. The first part of the monkey’s activities involves problem-solving, the second involves learning.
(Fischler and Firschein 1987: 132)

Fischler M. A. and Firschein, O. I. (1987). Intelligence: the Eye, the Brain, and the Computer. Addison-Wesley

Thorpe, W. H. (1958). The Learning of Song Patterns by Birds, with Especial Reference to the Song of the Chaffinch Fringilla Coelebs. International Journal of Avian Science, 100(4)