Topic 1a – The Copernicus Programme and the Potential of AI

This topic provides an introduction to Copernicus
View transcript
21.4
Fabio Del Frate: Welcome to the Copernicus MOOC on artificial intelligence for Earth monitoring. Over the next few weeks, we will explore the emerging role of artificial intelligence in helping to make sense of the vast amounts of data now available from Earth observation satellites and other data sources.
42.4
Phil Evans: The AI and earth monitoring MOOC will show people AI and machine learning tools that can be used to exploit this data in new and interesting ways.
53.4
Fabio Del Frate: Artificial Intelligence is like we give more degrees of freedom to machines, we are asking them to make their own decisions, and to go beyond with respect to what has been happening with traditional computer programming, we will discover how machine learning can help to speed up and improve the research and enable development of practical software tools for real world uses. The course will provide the case studies of practical applications, and will also explain the key principles involved. And throughout the course hands on tutorials and Jupyter Notebooks will be available so that you can work directly with the data yourself. Artificial Intelligence is becoming a key part of the toolbox for monitoring all aspects of the earth system.
105.2
Whether on land, in the atmosphere, in the oceans, or looking at the climate change overall, the Copernicus programme and platforms like WEkEO, are helping to bring artificial intelligence within reach. And we hope you’ll enjoy learning about the latest developments in this course.
129.3
Sara Aparicio: Copernicus is one of the largest Earth observation programmes in the world. And it is delivering unprecedented volumes of satellite data. Satellite data, which can be used for numerous applications, it is making its way into end user markets on the fields of agriculture, forestry, insurance, or logistics.
150.4
Mauro Facchini: Today, with the Copernicus programme, I have to say we have reached a situation where we are at cruise speed. So we are very happy that we were able to implement all our plans. So I think when we started with the first idea 20 years ago, and the first launch of satellites seven years ago, I think I would have signed to be in this situation today. So we have satellites flying, they’re working very well. And we have operational services that are generating a huge amount of data. So if we take into account the data that are generated by the satellites, and the information that is produced by the services, the amount is very big.
187.7
Honestly, I cannot tell you how many zeros in petabytes or any other things. But when I speak with my experts, and they say it’s huge. It’s huge is something that is at the top at the world level. And it’s clear that sometimes you are also slated for your success. So it’s not sufficient just to generate the data to the Sentinels, or to the services. But you have to be able, first of all, to storage them. And at the same time to make it easy, the way in which people can use them. Users can access the data, but at the same time, they could be able to process the data.
224.4
And so we really need to give the tools to users also to modify this data.
236.1
We are putting a lot of emphasis on climate change. So CO₂ monitoring, greenhouse monitoring, and all these elements are extremely important, but also deforestation or pollution. And many of the activities we are running are going this direction. And sometimes we underestimate some tools that could be used. We never thought that, for example, Earth observation could have been at least a useful tool, also on an health pandemic, we had examples where by Earth observation, we could really bring information that was also useful in this respect.
265.1
So for example, we could see the effects on the air pollution that were due to reduction of the industrial capacities, but also, for example, to look into how some conditions like humidity or temperature could favour or less, the spread of the virus. A third example was also to look from space and to see how different activities change. You know I’m Italian so I have some nice pictures from Italy that for me were amazing.
292.2
So one was in Venice, where in the big channel in the middle of the city you compare two images and you see, one image is normally with a lot of boats, and actually during pandemic, no one, and even dolphins appear in the lagoon at that moment in time. Copernicus has the capacity to do more, it’s not just Copernicus really Earth observation, it’s really learning and trying by learning and observing what we can do more for the future. And we are not doing that alone - EUMETSAT, we need all the time, very supportive what we are doing, very skilled today, they are operating many satellites for us.
328.2
And also they’re helping us in trying to understand what should be the step forward. So we are discussing with them on how to put forward, the limits of Copernicus and they also participate for example, in destination Earth, that could be also a step forward in what we’re doing.

The Copernicus Programme is an EU programme for satellite Earth observation. The European Commission manages the programme and it is implemented in partnership with the member states, the European Space Agency (ESA), the European Organisation for the Exploitation of Meteorological Satellites (EUMETSAT), the European Centre for Medium-Range Weather Forecasts (ECMWF), EU Agencies and Mercator Océan International.

Copernicus provides a unified system through which vast amounts of data are fed into a series of thematic information services designed to benefit the environment, the way we live, humanitarian needs and to support effective policy making for a more sustainable future. The data comes from satellite Earth observation and in situ observations.

The data they provide is freely available to everybody, so we can make choices about what we do and how we as a society look after the environment. It serves a range of users, from businesses and public services – to researchers and curious individuals.

The name Copernicus pays homage to a European scientist and observer – Nicolaus Copernicus. Copernicus was a mathematician and astronomer who proposed that the sun was stationary in the centre of the universe and the earth revolved around it. This theory made a pioneering contribution to modern science.

There are six Copernicus services:

As there is a vast amount of data produced by Copernicus, artificial intelligence (AI) and machine learning (ML) allow us to manage and understand that data in a way that has simply not been possible before. 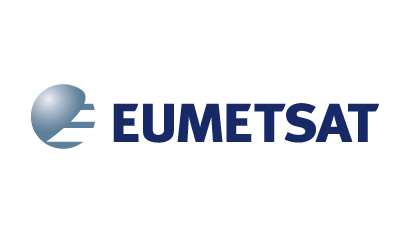