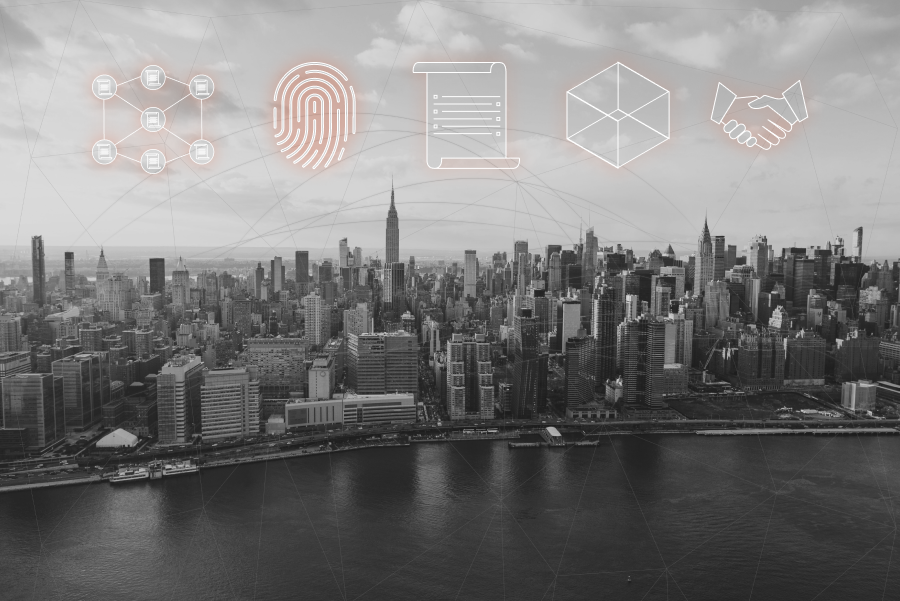 Any Distributed Ledger Technology (DLT) has a few specific components that we will discuss in this section.

In a distributed ledger, all data is linked to an identity (usually referred to as an account or address), to establish ownership. Accounts can be controlled by cryptographic key pairs or smart contract code.

In permissioned DLT networks, identity is usually more tightly controlled. Even though users can still compute a cryptographic key pair locally on their machine, they may also be required to be certified by a certificate authority before they can submit transactions to change the ledger.

We will discuss more about identity in week 3.

The Ethereum virtual machine was the first instance of a virtual machine that allowed Turing complete smart contracts to be added onto a permissionless DLT network, but nowadays there are a few others such as the web assembly virtual machine used by the Substrate DLT.

We will discuss more about the ledger state and updates in week 2.

Distributed Ledger Technologies can have different ways to order the transactions to update the ledger.

A blockchain requires transactions to be grouped together in blocks. Each block must be linked to one previously accepted block. An accepted block is one that the DLT nodes have agreed to process to update the distributed ledger. For a blockchain, every DLT node must process each block in sequence order and for each block, every transaction must be processed in sequence order. Examples of DLTs using a blockchain include Bitcoin, Ethereum and the XRP ledger.

A block DAG groups transactions into blocks. Each block must be linked to at least one accepted block. Therefore, blocks become connected in a DAG structure. This block DAG structure allows DLT nodes to process blocks in different orders. Similarly to DAGs, a block DAG allows a DLT node to not process large subgraphs if the transactions in the blocks of the subgraph do not affect parts of the ledger that the DLT node is concerned with. An Example of a DLT using a block DAG is Hashgraph (where blocks are called events or transaction containers).

The DLT nodes of each DLT network must come to a system wide agreement on the order of transactions to update the distributed ledger. This allows each DLT node’s ledger data to be (at least eventually) consistent. To do so, the DLT nodes follow a set of rules and procedures defined in the DLT network’s consensus protocol (sometimes referred to as a consensus mechanism).

Each consensus protocol must have the following two main components.

A consensus protocol’s second main component is its distributed ledger data communication rules. These rules detail what functions a DLT node should run:

A consensus protocol’s communication rules will be designed for deterministic or probabilistic transaction finality.

Consensus protocols are commonly referred to according to their anti-sybil mechanism, even though the actual communication rules may differ. For example, both Bitcoin and Bitcoin Cash use a proof-of-work anti-sybil mechanism, and both are usually referred to as having a proof-of-work consensus protocol. But Bitcoin and Bitcoin Cash differ in their communication rules, where nodes of a Bitcoin Cash DLT network are allowed to create and send larger blocks of transactions compared to nodes of a Bitcoin DLT network.

DLT nodes are incentivised to follow a consensus protocol. If a DLT node deviates from the consensus protocol, it’s copy of the ledger will go out of sync with others, leading to this DLT node being removed from its original DLT network and instead establishing a new DLT network for itself and any other DLT nodes that follow this deviation.

There is also a positive motivation for DLT nodes to follow a consensus protocol of a permissionless DLT network. That is, if a DLT node successfully produces an accepted block (or an accepted transaction for DAG ordering systems), then it will receive a cryptocurrency reward and this cryptocurrency will hold real economic value. This reward comes from: