The robots need power to provide the voltage signals that make the motors turn, the sensors operate and the robot brain to operate. The simplest way of doing so is to use batteries. 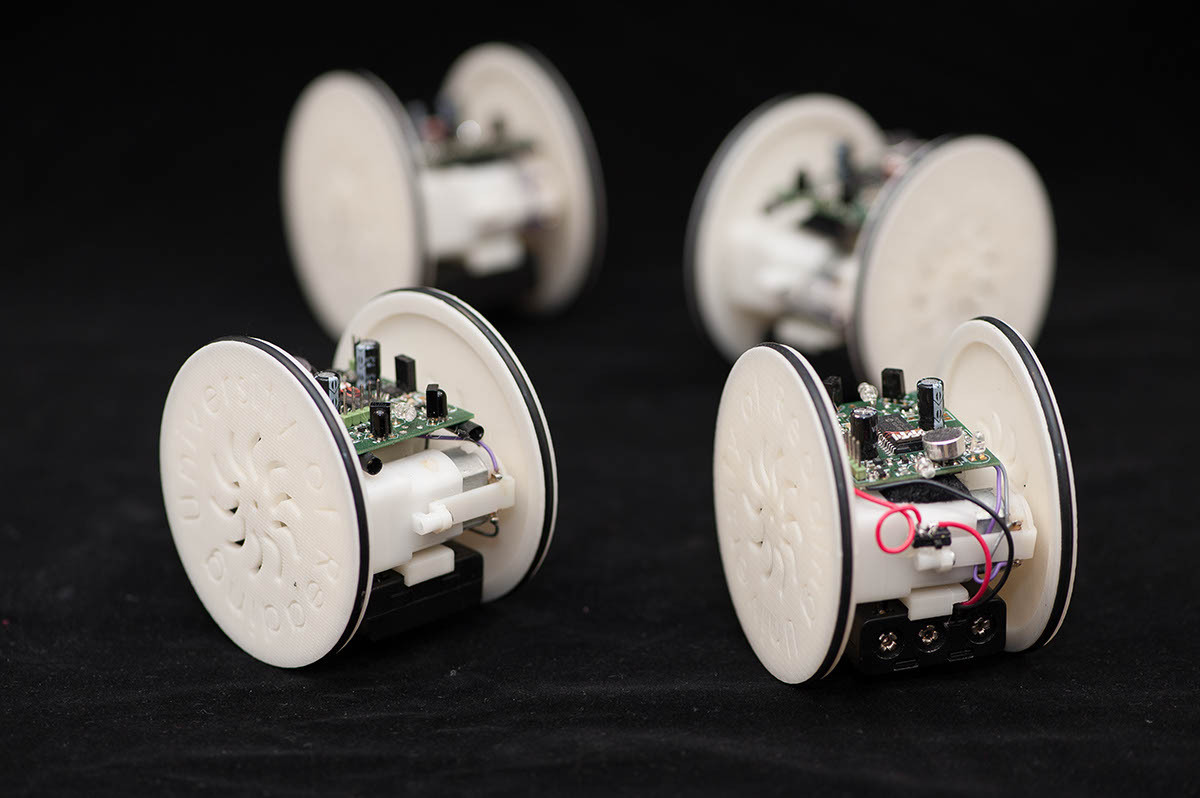 The robots need power to provide the voltage signals that make the motors turn, the sensors operate and the robot brain to operate. The simplest way of doing so is to use batteries.

For small robots like ERIC, three AAA batteries are needed. The Rover uses six AA batteries and the laboratory robot uses a 9V PP3 battery. For much bigger mobile robots, a battery as used in a car can be used. Whilst these are simple to use, they do run down after a time. Rechargeable batteries can be used to help this.

It is worth noting that batteries can contribute significantly to the weight of the robot which means more power is needed to drive the robot, so the batteries run down more quickly.

An alternative, as has been used on bigger mobile robots, is to have a separate mains operated power supply and this is connected to the robot via wires. The disadvantage of this is that the wires can become tangled – particularly when there are many robots moving around.

The Baxter robot needs much more power (6 amps of current in fact) and so that is mains supplied – and whilst its head and arms move, its body does not, so tangled wires are not an issue.

In the 1990s the University of Reading was asked to provide a robot exhibit for the Science Museum in London, which would have one of their robots demonstrating how it could learn a simple task when the viewer pressed a button. It was stipulated that this should work as soon as the exhibit was turned on, then work all day: they did not want to have to change batteries, or disentangle the robot.

Our solution to this was a powered floor: the basic idea of which is simple. 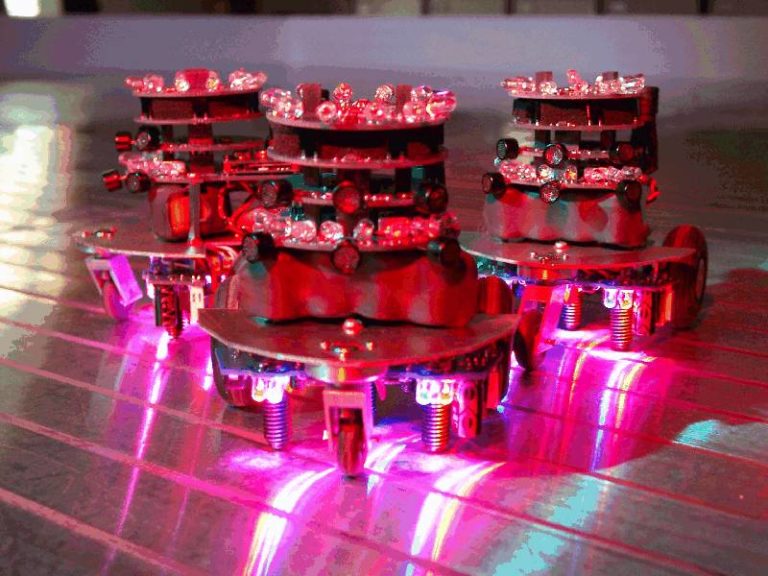 Figure 1: Robots on a powered floor (click to expand) © University of Reading

The floor consists of a series of conducting stainless steel strips separated by a narrow strip of epoxy resins which isolates adjacent strips. Every odd strip was connected to current source or supply (a positive voltage), every even one to a current sink (effectively 0V) – as the idea is that a complete circuit is made and current can flow from the power supply and has somewhere to end up.
The robots have five specially designed ‘brushes’ which in effect connect the robot to the floor. These brushes are arranged in a ‘crosshair’ configuration such that, whatever orientation the robot has, at least one ‘brush’ is connected to a positive voltage and at least one to the current sink. In the worst case scenario three brushes are over the insulating epoxy strip, but still one connects to the voltage, one to the sink.
This arrangement is illustrated as follows:

Figure 2: Diagram of the strips and robots straddling them (click to expand) © University of Reading

The brush is illustrated in the figure. To ensure that there is good contact with the floor, a spring is used, which pushes the ball bearing against the stainless steel strip. This means there is a good electrical connection between the strip, via the ball bearing and the conductive sheafs, to the robot.

The electrical signals obtained from the floor are used to supply all the subsystems with the robot and to trickle charge the backup battery which the robot also has in case there is a brief intermittent poor connection. 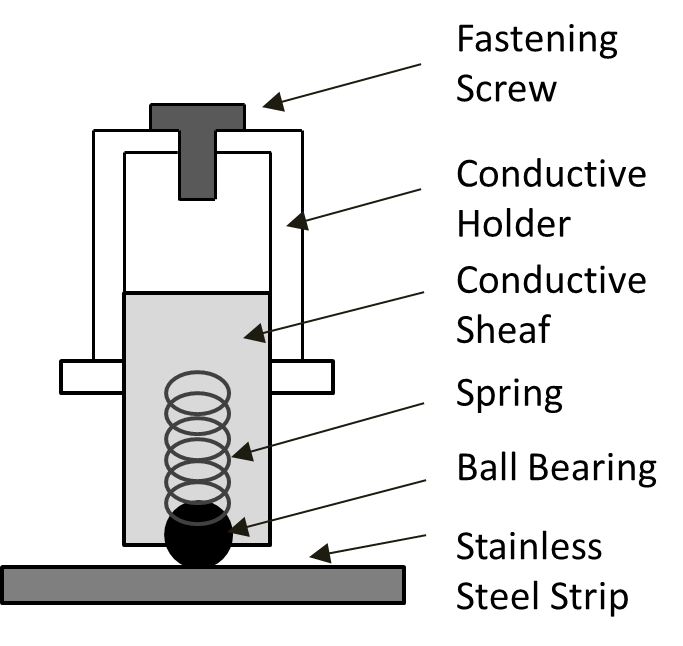 More details about the powered floor, and how it has been used in exhibits in various science museums, can be found in Hutt, B.D. and Warwick, K. (2004) Museum robots: multi-robot systems for public exhibition. In: Proc. International Symposium on Robotics, Paris.