Find out more about Rodney Brook's subsumption architecture in this article. 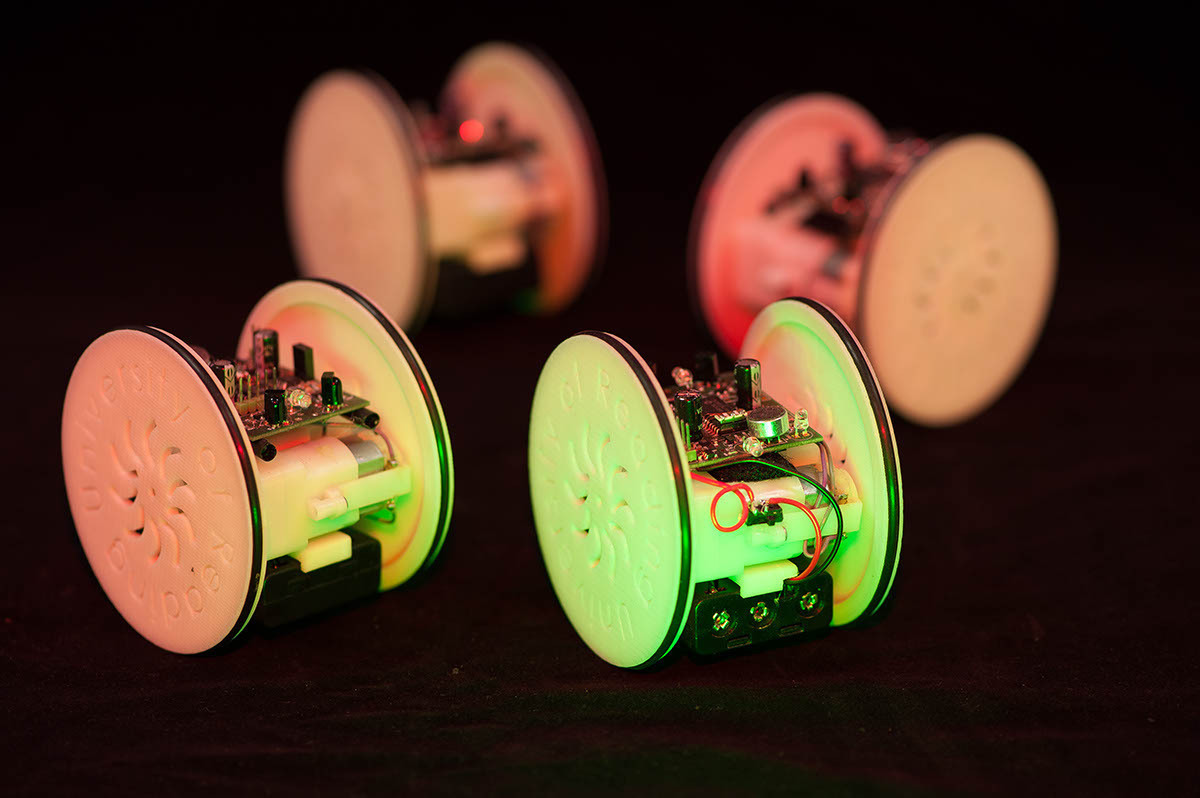 In the examples this week, the robots have simple behaviour: e.g. they seek lights or avoid them depending on whether they can see a light then. In previous weeks, in the exercises, you defined what the robot should do at one moment just on the basis of its sensors at that time.

In each case there is very simple behaviour, but in practice more is needed. In the case of predator prey, if the predator is next to the food the prey wants to eat, it is probably better (unless it is very quick) for the prey to go and look for food elsewhere.

In effect, there are two forms of behaviour – get food – avoid being eaten – and the robot has to decide which is more important: one behaviour should have priority over the other.

Here is an example:

Suppose a robot is to explore its environment by:

Rodney Brooks is an emeritus professor renowned for his work on robotics. He is also the founder of Rethink robotics – the company that makes Baxter.