New Zealand's biodiversity is like nothing else on Earth. In this article we look at some of its strangest feathered inhabitants. 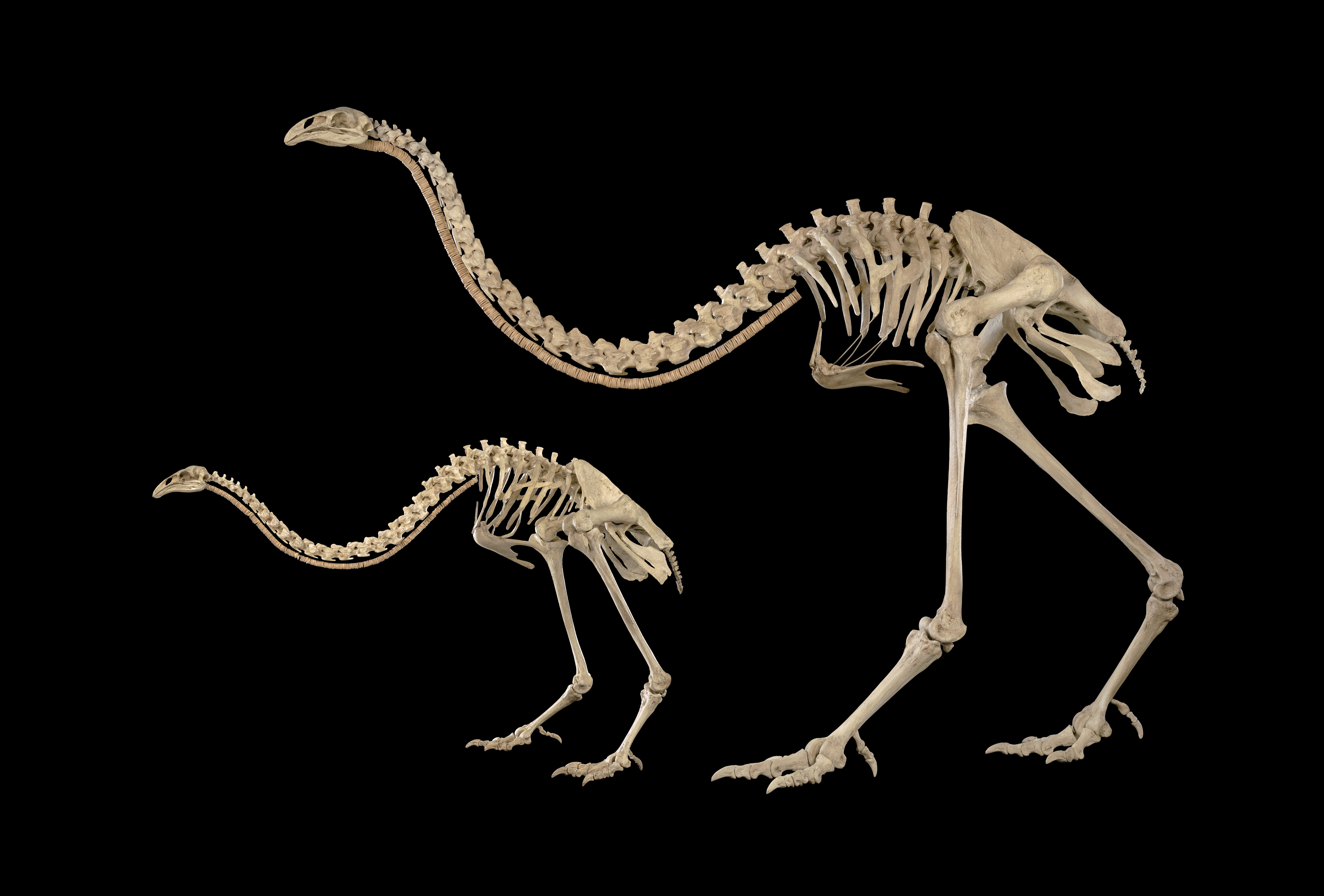 “A completely different experiment in evolution to the rest of the world. It shows us what the world might have looked like if mammals… had become extinct 65 million years ago, leaving the birds to inherit the globe.”1

There are many fascinating products of this ‘experiment’, but let’s look at just a small selection of the weird, wonderful, and terrifying biodiversity that New Zealand’s land of birds has generated.

To understand what makes New Zealand birds so different, it helps to understand some of the basics of birds everywhere else. Let’s think of a cat as an example predator. It’s fast, often hunts under cover of darkness, has a strong sense of smell and hearing, and vision that is poor at perceiving colour. So birds that evolved with predators like cats are active during the day, fly away at the smallest threat, and frequently attract their mates with bright colours that their predators can’t perceive.

New Zealand birds like the kākāpō, the world’s lone flightless parrot, evolved to survive in the face of a completely different type of predator – other birds, like hawks and eagles who hunt in the day. These predators hunt on the wing, and depend on sharp vision to hunt, not scent. In the face of this, kākāpō evolved to freeze, not flee, in the face of danger. Their drab colour allows them to camouflage themselves from these aerial predators, essentially disappearing into the background of native bush when they freeze. They also evolved to become nocturnal- another aberration in the parrot world. To find each other in the wild kākāpō, like many native birds in Aotearoa New Zealand, sacrificed colour for scent releasing strong smelling oils into their feathers2.

This trait of New Zealand birds to have strong odours is so unique to Aotearoa New Zealand, that part of the experience visiting the Te Taiao | Nature zone at Te Papa Tongarewa is the opportunity to experience those scents yourself. 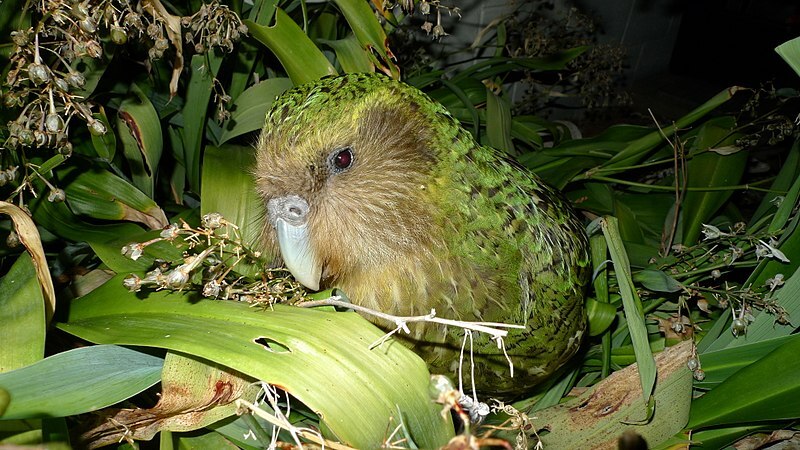 Life on the ground has also led to the kākāpō to becoming the world’s heaviest parrot but here, that’s not so unusual. While not unique to New Zealand, the phenomenon of island creatures evolving to become giants compared to their landlocked brethren has lead to a few notable behemoths in New Zealand’s feathered inhabitants. These include: 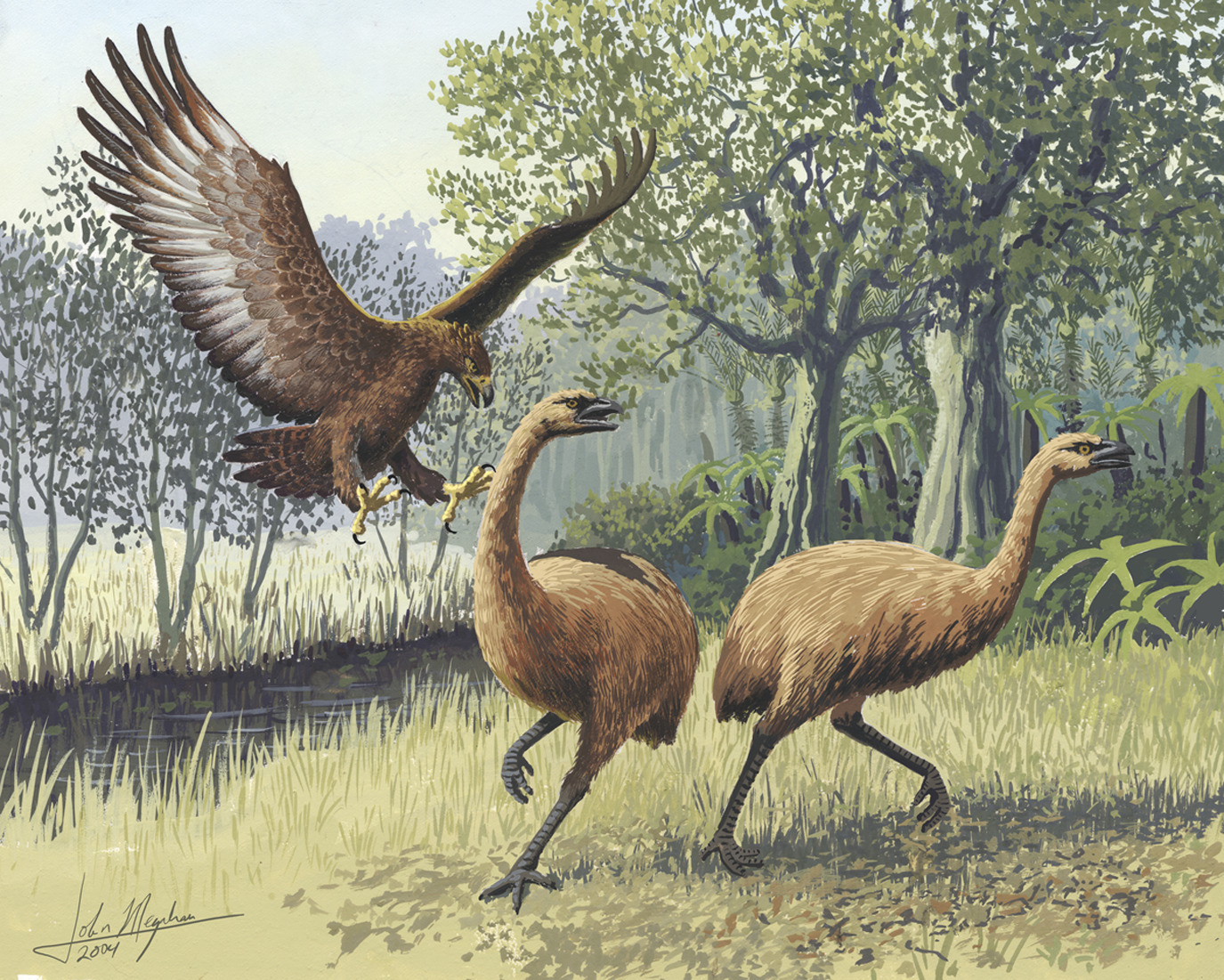 Even the plants of Aotearoa New Zealand bow to the dominance of her birds. While many birds and native plants have co-evolved to benefit each other (for example the Tūi beak shape has co-evolved with the shape of native harakeke, kowhai, and kaka beak flowers), two native plants in New Zealand have developed astonishing adaptations to protect themselves from the voracious appetite of the Moa3.

According to some biologists, this unassuming bush is actually an example of an ingenious solution to the problem of being eaten by moa. The tangled look of its branches is due to a trait called divarication, marked by small leaves, and wiry stems that branch off from each other at wide angles- resulting in a solid, spiky, tangled little bush. The trait is found in a much higher proportion in New Zealand than in other countries, perhaps due to the strong evolutionary pressure of the moa. The theory posits that the spring-like nature of the stems and the tiny leaves made grazing on these bushes too costly in terms of energy to moa to be an appetising food source. 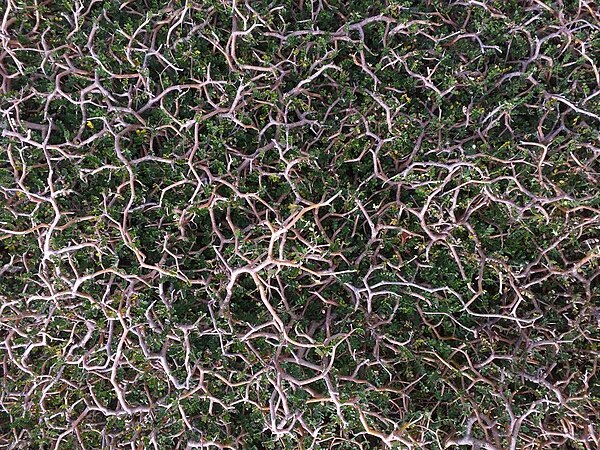 The lancewood is another native plant that appears to have evolved drastic defences against being eaten by moa. In its mature form, once it grows taller than the average moa, the lancewood is an unremarkable tree, with a tall straight trunk branching out into regular green leaves only at the top. But in its juvenile form, under ~3m, it looks very different. In this form it has long, tough, serrated saw-like leaves – far more difficult and energetically costly for the moa to graze on. 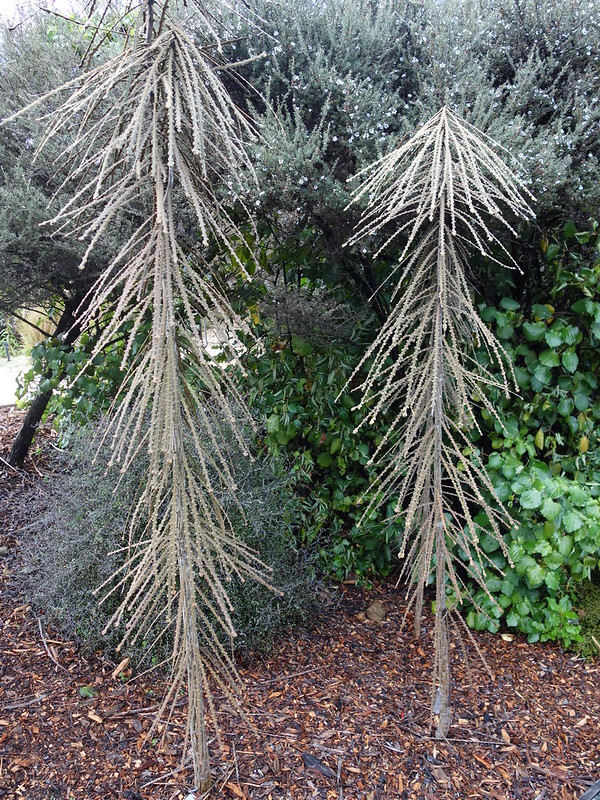 Creatures of the night

No discussion about unique New Zealand creatures would be complete without mentioning our beloved and iconic kiwi. The kiwi has so adapted to occupying a niche usually belonging to nocturnal ground mammals that it has several most unbirdlike features. 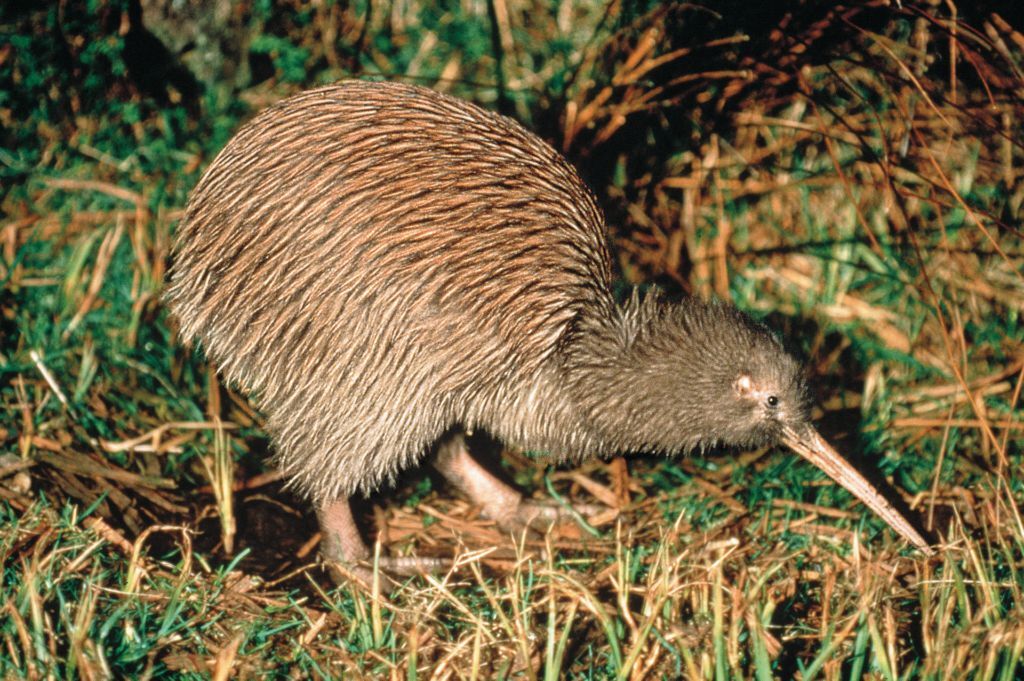 Its feathers are so loose and downy they’re almost like hair. It has marrow-filled bones (not hollow like other birds), whiskers, no tail, and only small vestigial wings. It does not rely on vision but, like many mammals, on hearing and a strong sense of smell. It uses this when poking its long beak deep into the earth to sniff out earthworms. This is helped by having nostrils at the tip of its beak – like no other bird on Earth! 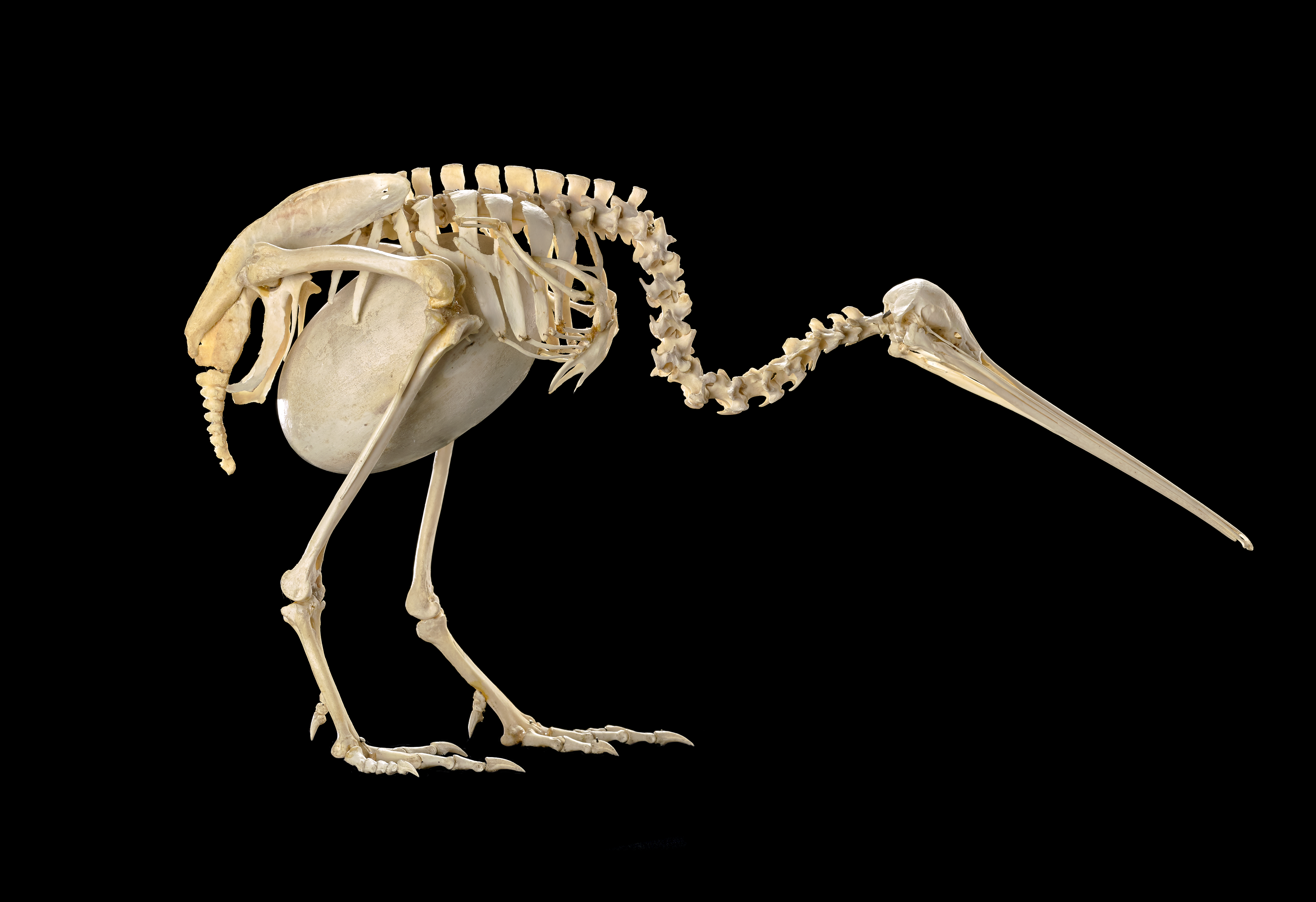