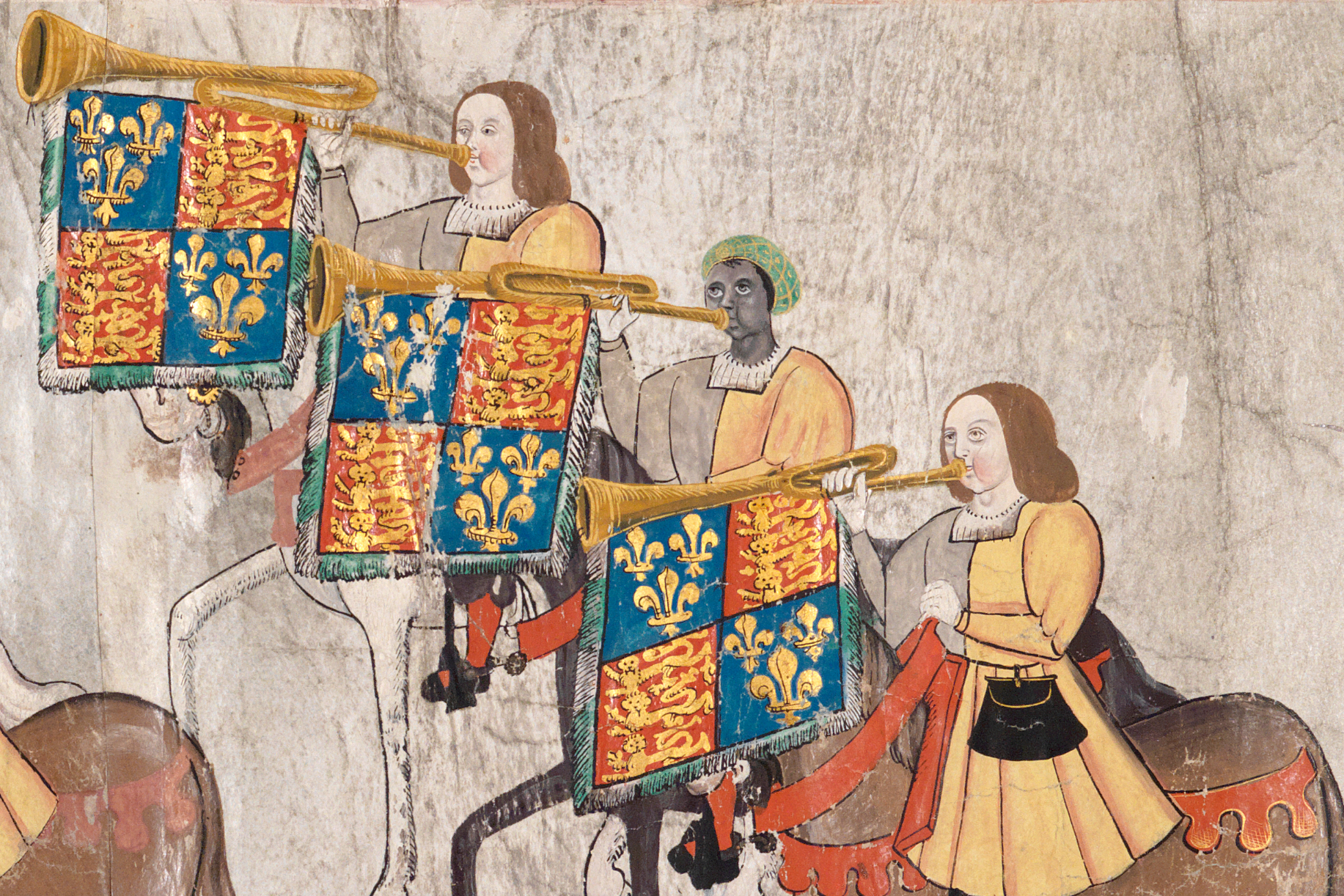 So why was the Tournament held, what was its wider significance and what can it tell us about John Blanke’s life and experience?

Here we expand on the previous step to introduce the historical background to the Westminster Joust of 1511, investigate how it was recorded, and examine John Blanke’s place within it.

As we have seen, the Westminster Tournament Roll is a 60-foot long vellum scroll, painted by the heraldic artists of the College of Arms. In vivid detail, it records two days of royal sport and festivities held to celebrate the birth of a son and heir to Henry VIII and Katherine of Aragon.

As well as celebrating the birth of a male heir, the Westminster Tournament can be seen as part of a wider political strategy and showcase of Tudor power, prestige and splendour intended to rival that of the European royal courts. We can see this as similar to high profile sporting events today which provide a showcase for nations on the international stage.

As one of a team of court trumpeters, John Blanke would have been in constant attendance throughout the event. Trumpeters had a central role and were involved in an intensive schedule of trumpet fanfares. They announced the arrival of contenders in the challenge, the reading of the tournament rules, the celebration of victories, the conclusion of events, and the award of prizes.

John Blanke and his fellow trumpeters would also be required to play at the evening feasting, banquets and theatrical performances which concluded each day of the Tournament.

John Blanke actually appears twice in the Westminster Tournament Roll. He appears side by side with fellow trumpeters in a troop of six at both the opening and conclusion of the tournament. These provide two fascinating and subtly different portraits of John Blanke. 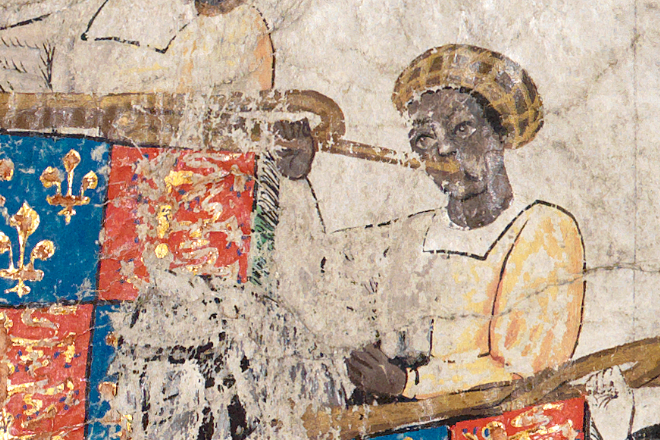 The Westminster Tournament involved a spectacular and lavish theatrical display. The events commenced with the arrival of a fabulous pageant chariot drawn by a golden lion and a silver antelope. The chariot was surmounted with a castle constructed of gold paper surrounded by a decorative forest.

A costumed lady stood romantically atop the castle walls and the four tournament challengers emerged from within. Lords and ladies of court watched the tournament from the stands while Queen Katherine of Aragon, still recovering from childbirth, reclined on a luxurious royal couch. Throughout the two-day event, each of the four challengers including King Henry VIII himself contended with a series of opponents competing for the tournament prize.

A manuscript royal invitation to the Tournament called the ‘Westminster Challenge’ has been preserved in the British Library collection. 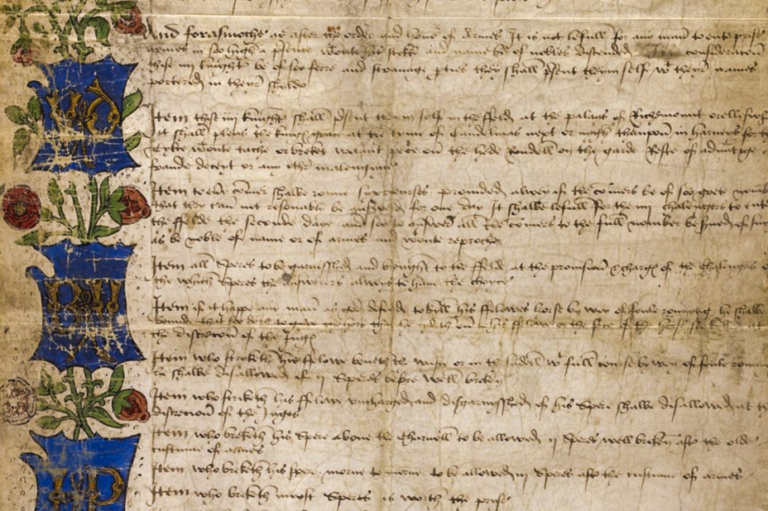 Thomas, Arthur H., and Isobel D. Thornley, eds. (1938) The Great Chronicle of London. London: George W. Jones at The Sign of the Dolphin