Find out more
Home / History / British History / Black Tudors: The Untold Story / Were there burial records during the plague?

Were there burial records during the plague?

Between 1540 and 1664 there were eight other serious plague outbreaks in London, one of which hit the city in the summer of 1592. 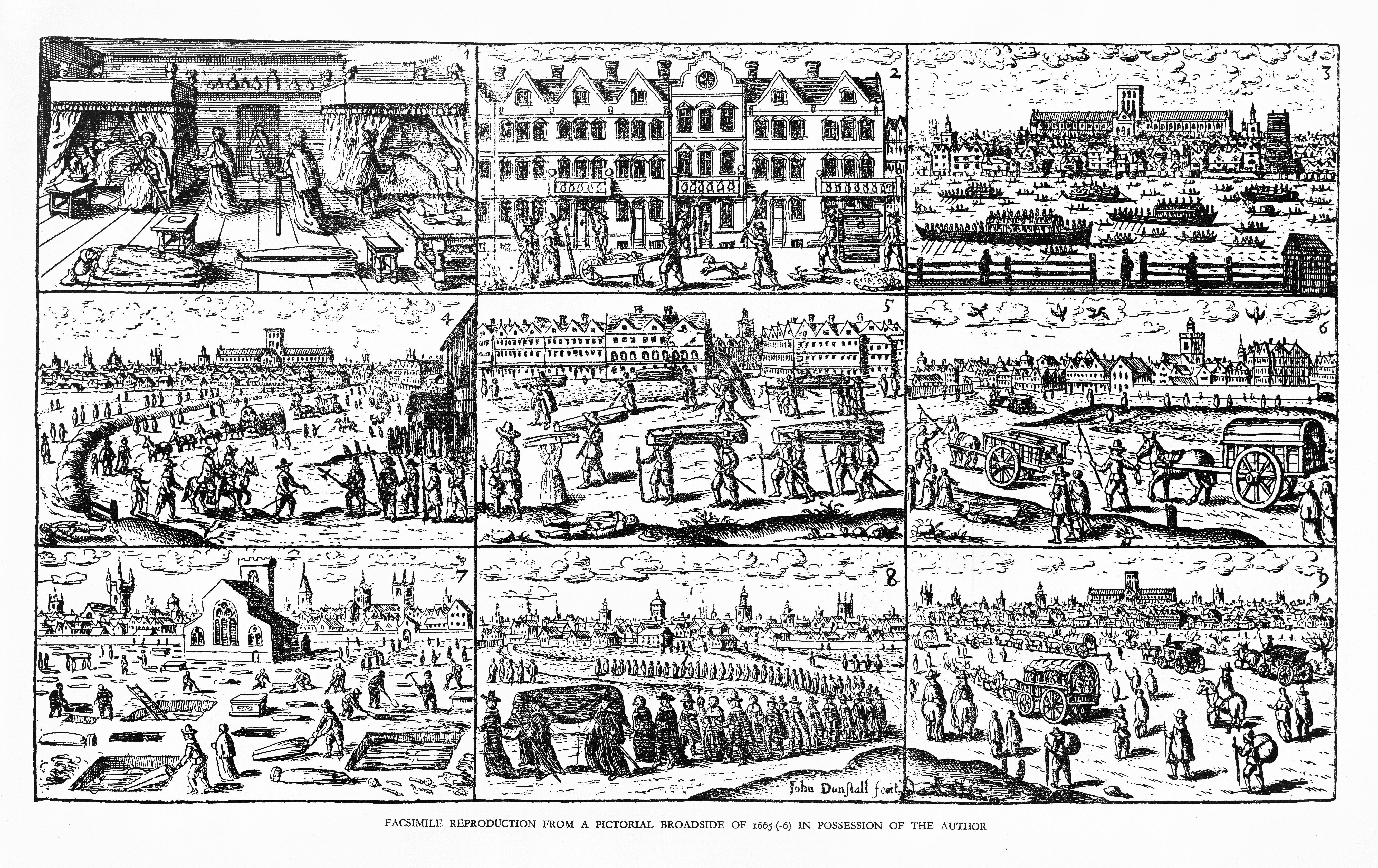 The Great Plague of London in 1665, which killed 12% of the population is well known. However, between 1540 and 1664 there were eight other serious outbreaks in London, one of which hit the city in the summer of 1592.

We can get a vivid sense of what the outbreak would have been like in Southwark from James Bamford, the curate of St. Olave’s, who wrote A Short Dialogue Concerning the Plague’s Infection in 1603, in which he tried to warn his parishioners against behaviour likely to spread the disease.

“I haue publickly giuen you warning of that bloudy errour, which denieth the Pestilence to be contagious: maintained, not onely by the rude multitude, but by too many of the better sort [which leads] men, women and children with running sores [to] go commonly abroad and thrust themselves into company”

View Course
You can read more of his advice yourself in A Short Dialogue Concerning the Plague’s Infection as well as through the links and resources at the bottom of the page.
The Blackman Family and the Plague
From the parish records that you looked at earlier in the activity, we know that two of Reasonable Blackman’s children, Jane and Edmund, died from the plague in October 1592.
Tudor public health measures were not unlike those used for quarantine and isolation in modern pandemics, though isolation was strictly enforced. In the Tudor period, this would mean that the Blackman family would be forced to quarantine with a red cross on their door, and prevented from going out for trade or business. An example of this kind of enforced quarantine appears in Shakespeare’s Romeo and Juliet.

“The searchers of the town,
Suspecting that we both were in a house,
Where the infectious pestilence did reign,
Seal’d up the doors, and would not let us forth”

As well as the family tragedy involved, the impact on the silk weaving business and the family income would be severe.
Bamford refers to this in his treatise. Those in enforced isolation would:

“think it an hell to be so long shut up from company and their business: the neglecting whereof is the decay of their state”

You can find out more about the plague, the steps taken by the authorities to curb its spread, and symptoms and remedies of the time in the digitised research project by the University of Virginia, The Plague Book: Orders Thought Meete by her Maiestie 1578.

This includes a royal Book of Orders issued by Queen Elizabeth I in response to an earlier wave of the plague, fourteen years previously.

African Burial Records in the Time of the Plague

The impact of the plague on the community of Reasonable Blackman, can be seen in burial records from the time which record the deaths of other children of silk workers in Southwark, and of other Africans living London.

Burial records can provide historians with further evidence of Black presence in Tudor England, adding to those from baptisms, marriages, court records and household accounts.

For example, detailed burial records from St. Botolph’s Aldgate show three men described as ‘blackamoors’, who died of the plague in their 20s, one of whom was Simon Valencia, the needlemaker’s servant we met earlier.

The other two were named Cassango, a merchant’s servant, and Robert, servant to a gentleman.

It is interesting to note that Cassango’s coffin was covered with the ‘best cloth’, and had one bearer, while Robert had the second-best cloth and four bearers. These, and the funerals of some other Africans in the parish, were grander than those recorded for English parishioners.

The burials in the parish churchyard with the rituals of the church of the Blackman family and other Africans indicate acceptance within the Christian community. The burial records tell us they would have been baptised Christians, even in cases such as Jane and Edmund Blackman where we do not have a baptism record.

The Plague and Anti Migrant Prejudice

We’ve seen that the Southwark community of Reasonable Blackman included many migrants from Europe and beyond. This was partly due to laws which restricted foreign workers from living and working in the City of London or from gaining apprenticeships.

One of the questions we’ll be looking at throughout this course is whether there was racial prejudice in Tudor England. We’ve seen an indication of this in the High Court of Admiralty testimony of the merchants who tried to discredit Jacques Francis in their statements in court. Though it is significant that these were Italians, who may have held different views to the English.

It is clear that xenophobia existed in Tudor society, and we can see this when immigrants were blamed for bringing the plague to London, or incubating it in their ‘filthy’ houses.

In the spring of 1593, London apprentices threatened violence if ‘strangers’ did not ‘depart out of the realm’. Their anger was explicitly directed at Belgians, Flemings and French migrants, who existed in London in much larger numbers than Africans. Africans were not mentioned during the unrest, which was swiftly put down by the city authorities.

Take a look at the original records included in the resources, the Plague Book and the Short Dialogue Concerning the Plague’s Infection.