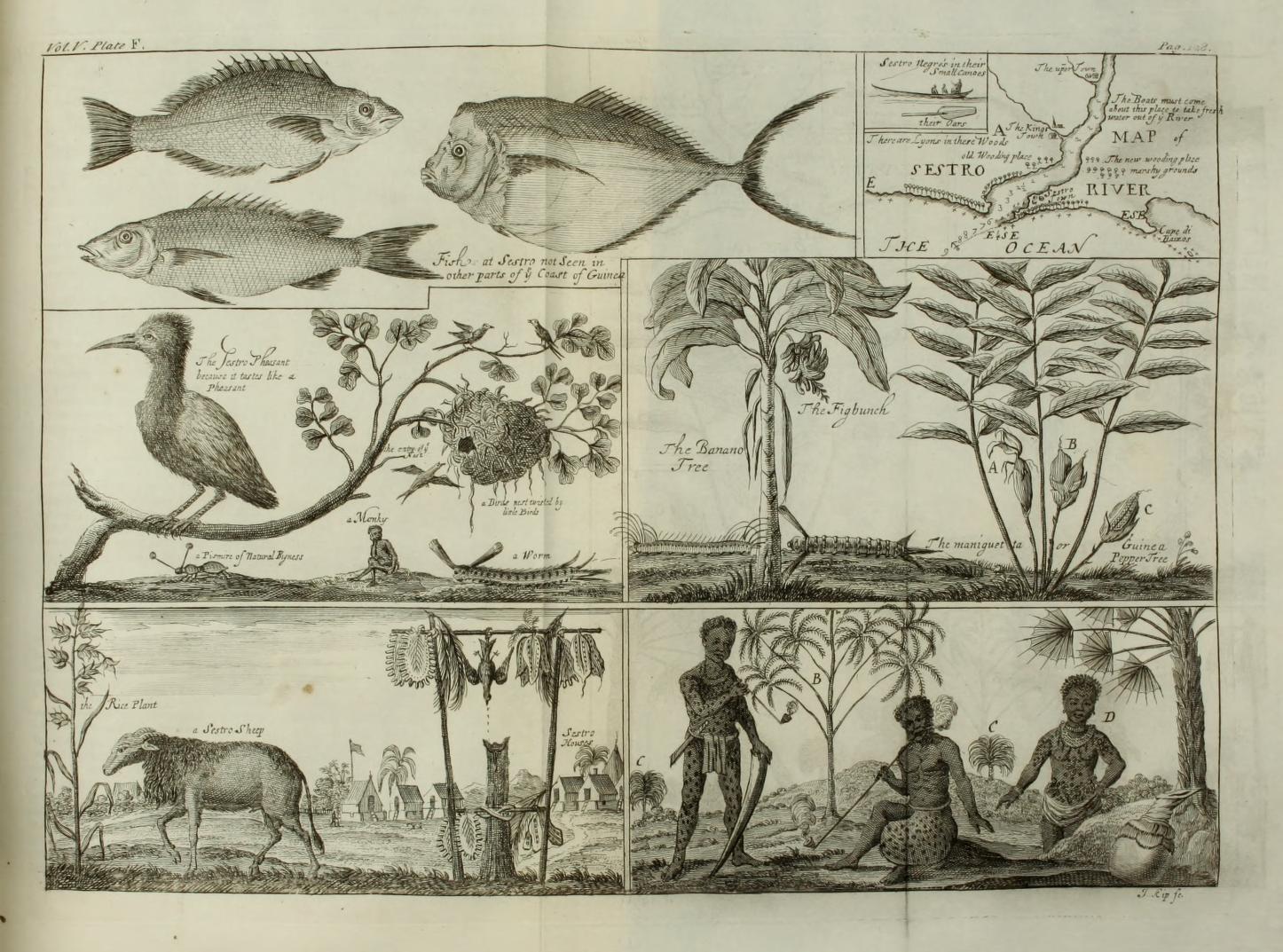 What evidence do we have for the life of Dederi Jaquoah? We know part of the story of Prince Dederi Jaquoah through an account by Edward Blitheman in July 1614. Blitheman was a merchant’s assistant on an East India Company trading voyage which stopped at River Cestos.

Blitheman met Dederi at River Cestos and discovered the story of his visit to London. Blitheman noted his good English, that he was the son of the King, and used the English name of ‘John Davis’ after the merchant he stayed with in London.

In a letter back to Sir Thomas Smith, Governor of the East India Company in London, he recounted that he had:

“Met an Indian…(who) spoke very good English and had formerly been two years in England with Mr. Davis at the Stocks and is known by the name John Davis, being as we perceived the King’s son of that place”

(The term ‘Indian’ was used at the time to describe indigenous people. The Stocks was the name of a market in London.)

View Course
In this article we look at the story of Dederi Jaquoah the Prince of River Cestos, and consider the wider background of trade which informed encounters between English Merchants and Africans in the 16th and early 17th centuries.
Dederi’s Voyage to London
How and why did Dederi Jaquoah come to London?
On a 1610 trading voyage to Guinea by the Abigail from Southampton, the ship’s Captain Roger Newse met King Caddi-biah and his family. The people of River Cestos traded their rice, ivory and the famous meleguetta pepper spice of the region in exchange for the silks, satins, metal goods, and wines from the Abigail.
The ship’s owner, John Davies was a successful haberdasher, the name for a tradesman dealing in hats, buttons and ribbons. He became wealthy and progressed to more ambitious investments in African trading voyages. By 1607, he had become one of the most prominent merchants trading to West Africa.
From the account of Edward Blitheman, we don’t know exactly why Jaquoah and his father decided he should board the ship for London. However in Dederi’s detailed baptism record which we’ll examine later this week, it states that he:

“was sent out of his country by his father, in an English ship the Abigail of London, belonging to Mr John Davies of this parish, to be baptised”.

After a risky and possibly dangerous voyage which included an alleged mutiny by the crew, Dederi stayed with the merchant John Davies and his wife for two years. At their house in the City, near the Stocks fish and meat market, he learnt fluent English.

We know from the account of Blitheman that Dederi then returned to River Cestos in summer 1612.

Examples of Other Africans in London

Were there other Africans who came directly to England on merchant ships? What were the circumstances of their voyages? Was Dederi’s voyage part of a trend? Records indicate the arrival in London of other Africans who like Dederi Jaquoah were from higher status families.

In 1555 five Africans arrived in London from Shama in the area now known as modern Ghana. There are indications of high status in descriptions of one of the men as the son of the Captain of the town. This group are known to have brought gold with them, further suggesting wealth.

Later in the century in 1592, two young African men accompanied the merchant Anthony Dassell and were described as ‘sons to the chief justice of that country’. It’s possible that we can see some of these encounters and voyages between Africa and Tudor England as part of wider exchange between African nobility and English merchants for trade and education.

The case of Dederi Jaquoah whose father supported his voyage, and who was proud to share his language skills on his return might be viewed in this way.

However as we’ll see in later steps, there is evidence that some of the Africans mentioned here had less choice than Dederi.

We’ll also see that there were debates in courts of law at the time about whether Africans who accompanied merchants came freely or not.

You can see the full letter of Edward Blitheman with the description of his encounter with Dederi Jaquoah. The letter from p328 appears in the East India letter book collection Letters Received by the East India Company.