John Hawkins was a trader from Plymouth. He was the son of William Hawkins, one of the first English merchants to visit West Africa in the 1530s.Hawkins observed that Portuguese merchants were making large profits trafficking enslaved Africans to the Spanish colonies and decided to follow their example. 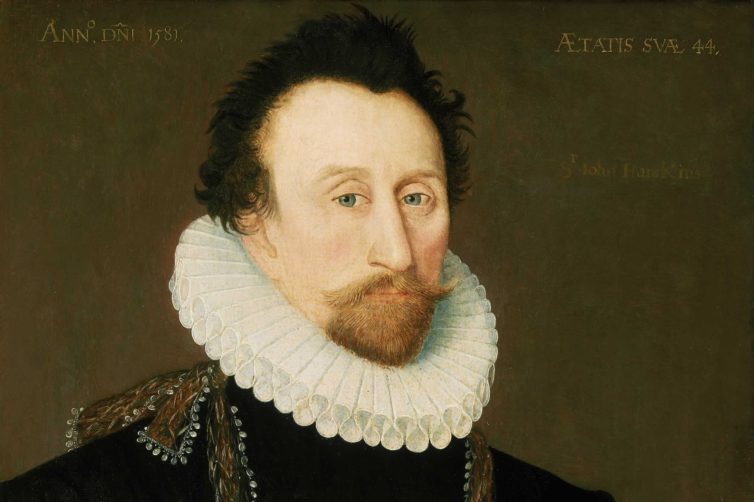 Who was John Hawkins and what was his role in the trade in enslaved Africans? Understanding Hawkins’s activities is key to the question of to what extent Tudor trade with Africa involved enslavement.

John Hawkins was a trader from Plymouth. He was the son of William Hawkins, one of the first English merchants to visit West Africa in the 1530s.

Hawkins observed that Portuguese merchants were making large profits trafficking enslaved Africans to the Spanish colonies, and decided to follow their example.

John Hawkins was responsible for four voyages between 1562 and 1569, transporting African captives from the area of West Africa now known as Sierra Leone to Spanish colonial ports in the Caribbean and Central America. His ships came home filled with pearls, hides and sugar.

Its estimated that Hawkins trafficked an estimated 1,500 African people from West Africa to the Spanish Caribbean in this period.

After the financial success of his first voyage, subsequent voyages were sponsored by Queen Elizabeth I and some of her most prominent courtiers. The Queen favoured Hawkins by granting him a coat of arms which had a crest that directly referenced the source of his wealth. 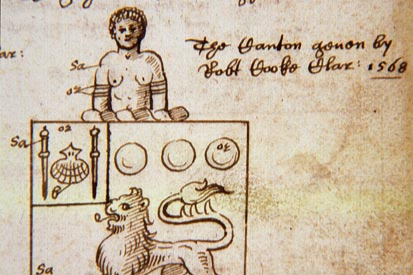 Why did John Hawkins stop Trading in Enslaved Africans?

The Spanish saw the trafficking voyages of Hawkins as threatening their trade. They attacked a fleet of Hawkins’ ships in September 1568 at San Juan de Ulua off the coast of Mexico.

In the process, the English lost the majority of their seven ships with all their provisions leaving only two, the Minion and the Judith. Hawkins had already sold most of the enslaved Africans in the Caribbean, but was forced to abandon around 100 English Sailors on the coast of Mexico.

After these disastrous losses, Hawkins and other English merchants thought it was too risky to continue the trade, and would not resume it until the mid 17th century.

John Hawkins went on to become treasurer of the navy, and to play a prominent role in the defeat of the Spanish Armada in 1588, which gained him a knighthood.

Would Dederi Jacqoah and his father have known the English merchants they met as enslavers?

By the time of Dederi’s voyage to London, the trafficking voyages of Hawkins had ended 40 ago. As we have seen, aside from the four voyages of Hawkins, the English trade to West Africa during this period involved goods and not enslaved people.

Contrasts between Spain and England

As a country with expanding colonies requiring intensive labour, Spain made use of enslaved Africans as a labour force in the Spanish Americas and Caribbean. Enslavement was also legal in Spain itself.

In contrast to the Spanish, in Tudor times, the English had not yet developed colonies. We have explored the English principles of free soil and evidence for African freedom in England. Yes, it was not moral superiority but purely due to a lack of colonies that England was not involved in slavery at this time.

Some Englishmen cited Spanish cruelty to enslaved people as part of the English propaganda against Spain.

This kind of distorted and exaggerated anti-Spanish propaganda became known as the ‘Black Legend’ of Spain and remains a topic of debate amongst historians today.

However, Hawkins’ activities clearly show that the English were not against enslaving Africans abroad. After the Spanish made it clear English merchants were not welcome in their colonies, there was nowhere for the English to sell Africans.

To look specifically at Hawkins’ voyages, search for Flag: “Great Britain” between 1560 and 1570.

Described as a Digital Memorial, this Multidisciplinary Research Project created by historians and scholars, allows users to search the database, create graphs, and view timelines and maps.