In this article, Dr. Miranda Kaufmann discusses the story of John Anthony, a 17th century mariner from Dover of African heritage. 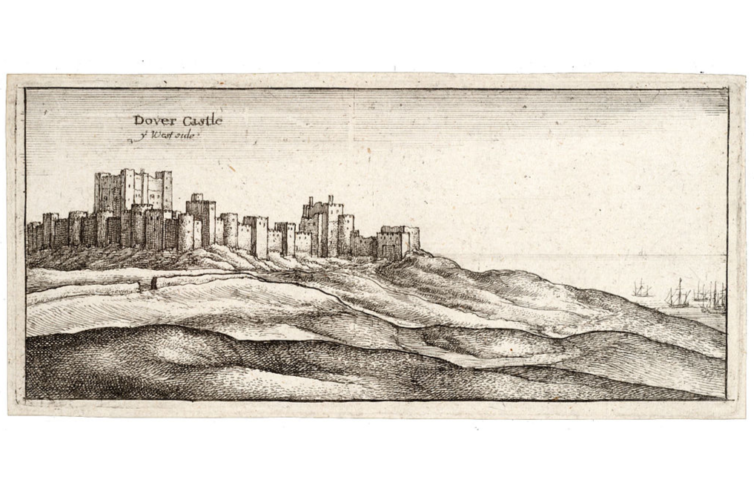 The year 1619, when the Silver Falcon left Dover for Virginia, is particularly significant in Black History. It was in August that year that the first enslaved Africans arrived in an English colony on the North American mainland.

Why is John Anthony’s story significant for this week’s debates?

In the same year, John Anthony was a free and waged sailor onboard an English ship. He is described in records as a ‘Blackmore’ but also as a ‘mariner of the town and port of Dover’.

John Anthony’s free status and proactive pursuit of his wages, provides a marked contrast with the experience of the Africans who arrived in Jamestown later that year.

How did John Anthony come to Dover in England?

It’s likely that John Anthony first arrived in England with Henry Mainwaring, an English pirate based in Morocco who returned to England in winter 1616. It’s thought that Anthony was based in Dover until the voyage of the Silver Falcon in 1619.

It’s known that later in 1619 John Anthony referred to Mainwaring as his ‘worshippful master’.

How did Henry Mainwaring who was from an English gentry family, educated at Oxford and for a legal career, become a notorious pirate? We’ve looked at privateering which was permitted during times of war in earlier parts of the course. However by this time in the early 17th century, England had agreed peace with Spain, so privateering activity became piracy.

Its possible that John Anthony was captured aboard a Spanish ship or that he encountered Mainwaring on the Moroccan coast at Mamora or Tunis.

By 1616 Mainwaring, however, had been pardoned by King James I, and even advised him on suppressing piracy.

Why was 17th century Dover such an important port?

In the early seventeenth century, Dover was a lively port town with a population of around 3,000. The town was the leading member of the Cinque Ports, a trade confederation of port towns on the south east coast of England.

In a letter to Queen Elizabeth I, Walter Raleigh described Dover’s unique location:

“no promontory, town or haven, in Christendom, is so placed by nature and situation, both to gratify friends, and annoy enemies, as this town of Dover’. Its harbour, well-fortified against those enemies, was always busy with travellers and merchants.”

Dover was strategically important with its imposing castle situated on dramatic white cliffs and for the speedy access which it allowed for travel to France and other foreign ports. 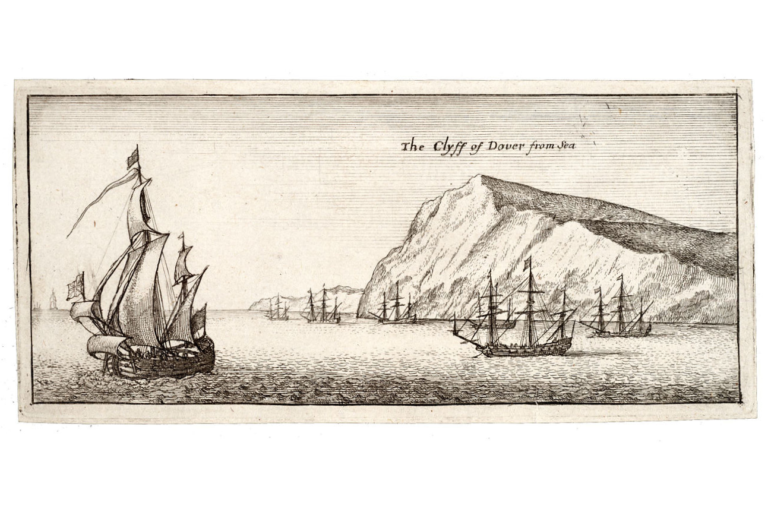 The Cliffs of Dover, Wenceslaus Hollar 1607-77, © Public Domain
What was John Anthony’s role and how did he learn his trade?
By 1619, we know that John Anthony was working as a sailor on board a ship from Dover called the Silver Falcon. The Silver Falcon was what was known as a Pinnace, a small, light ship.
The Silver Falcon was commissioned by Henry Mainwaring and owned by Lord Zouche. Lord Zouche was the warden of the Cinque Ports and a senior member of King James I’s Privy Council
How did John Anthony develop his skills as a mariner? Its likely that he would have gained nautical expertise through his experience sailing with Henry Mainwaring. Privateering and piracy would provide plenty of adventures and challenges as a training ground for seamanship.
After being pardoned, Mainwaring advised King James I on matters relating to piracy. He shared his approach to discipline on board, where his crew were typically:

“the most uncivil and barbarous seamen…by constant severity…(he) kept them all in a short time in so good obedience, and conformity… that (they) never had any outrageous offence, but had them all aboard my ships in as good civility and order”

Why did John Anthony Set Sail for Virginia?
In autumn 1618, Lord Zouche, the owner of the Silver Falcon and a merchant Jacob Braems had ambitious plans for a voyage across the Atlantic to Virginia.
The plan was to start up business in Virginia in the tobacco trade. Up to this time, although there was a clear market for tobacco in England, the Spanish had an established monopoly based on regular supply from their colonies in the Caribbean and the Americas.
Zouche and Braems planned to leave men in Virginia to plant tobacco and corn, and to exchange commodities with the new English colony, with the aim to:

“discover and trade with the savages for furs” and to “fish upon the coast of Canada, and carry the said fish being salted into Virginia”

The Silver Falcon was granted a warrant to travel to Virginia on 15 February 1619 by Lord Zouche, setting sail from Dover on 2 March. There were twenty-five men on board, including John Anthony.

What were conditions like in the colony of Virginia in 1619, and what might John Anthony have seen there?

The Virginia colony had been set up just 12 years earlier in 1607 when Jamestown was founded. Living conditions for settlers were dangerous and precarious.

Many of the first settlers in Virginia were from the gentry and skilled craftsman classes They were often completely unprepared for the hard labour required to plant and harvest corn. Periods of famine and starvation were common.

During what became known as the ‘Starving Time’ in the winter of 1609–10, it’s thought that up to three quarters of the early settlers died of starvation or related diseases. It was claimed that those who survived resorted to eating snakes, rats and dogs.

As well as hunger, there were constant threats of disease such as dysentery and malaria.

Conclusion of the Voyage

In the end the Silver Falcon never reached Virginia, after an exchange of goods for 20,000 lb weight of tobacco with a West Indies Frigate near Bermuda. There were later accusations that the exchange of goods amounted to theft rather than trade. 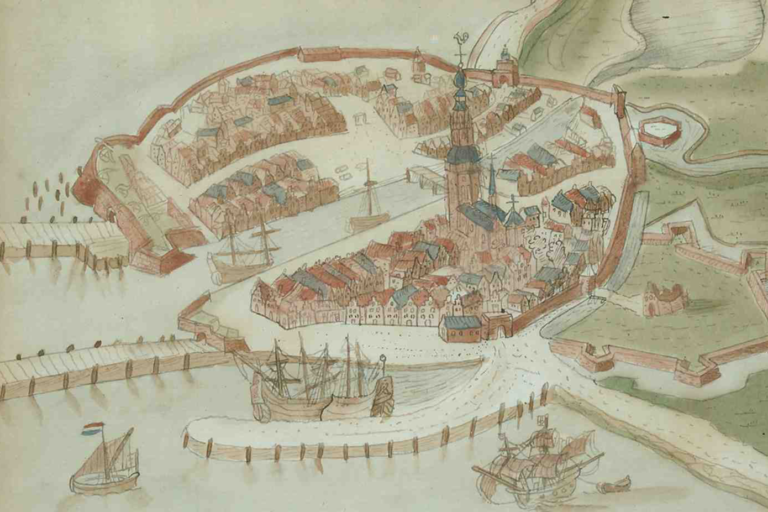 The Silver Falcon then returned towards England, but docked unexpectedly at Flushing in the Netherlands, a port controlling access to Antwerp.

This raised the suspicion that the Silver Falcon was attempting to evade accusations of piracy and sell pirated goods with the unplanned stop in Flushing. The traders involved clearly hoped to sell tobacco to Amsterdam merchants for a good profit.

Lord Zouche and other backers were displeased. They intercepted the ship and confiscated a large proportion of the tobacco. The Amsterdam merchants pulled out and the venture collapsed amidst accusations of piracy, with the tobacco left to rot.

The Dispute and John Anthony’s wages

Like several of the other stories we have seen, it all ended in a dispute. However the unfortunate case of the voyage of the Silver Falcon has provided us with vivid evidence of the story of John Anthony.

Due to the disagreements, John Anthony’s wages were severely delayed and he was forced to petition Lord Zouche for payment.

Like the records of John Blanke, these documents provide evidence that John Anthony was a skilled waged free sailor earning a living just like others working on board the Silver Falcon.

John Anthony disappears from the records after the court case and we don’t know exactly what happened to him. But there are some intriguing references to a John Anthony in the Dover records.

Records in Dover provide evidence of the marriage and children of one John Anthony, but without any further clues which would allow us to identify him.

And there is one tantalising record from Lisbon.

A ‘John Anthony of the town and port of Dover in the county of Kent, shipwright’, who had a wife called Elizabeth and a son called Richard, made his will in Lisbon in 1650, having sailed on voyages to Bahia, Brazil, and Luna, northern Italy.

But none of the records mention ethnicity, so we cannot be sure that this was the same man who went to sea on board the Silver Falcon.