Why were Tudor principles of Free Soil important in the 18th Century? In this article Dr. Miranda Kaufmann examines the Somerset Case. 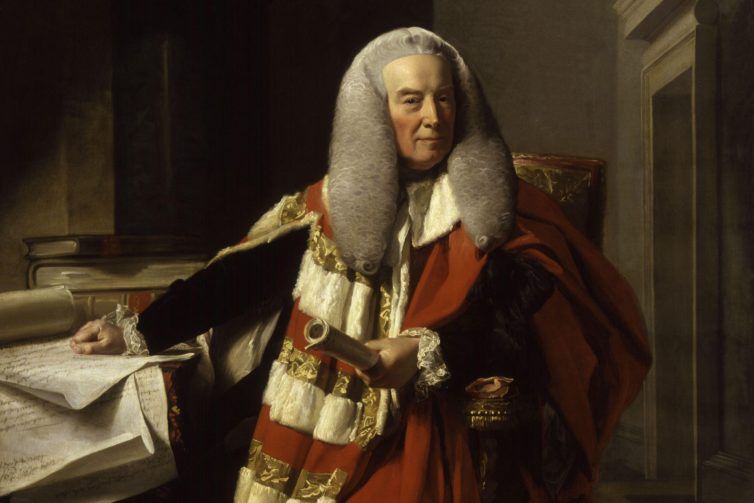 In this article, we look at how ideas such as ‘Free Soil’ and ‘Pure Air’ continued to be significant in the 18th Century in the period of British colonial enslavement.

In 1772, in a landmark legal case known as the Somerset Case, William Murray, Lord Chief Justice Mansfield, decreed that it was unlawful for Charles Stewart, a Boston customs official, to forcibly transport James Somerset out of England. Somerset was an enslaved African who had been purchased by Stewart in Virginia.

At the time, the decision was widely taken to mean that slavery must be illegal in England, however in fact Lord Mansfield had intended only to give a narrow judgement on the case. The ruling was not enforced and did not create a significant precedent.

Who was James Somerset and what was his background?

James Somerset came to England from Boston in November 1769 with his master Charles Stewart, who had purchased him in Virginia.

Somerset was baptised in February 1771 at the church of St. Andrew’s Holborn. He left his master, but later that year he was kidnapped and put on board the Ann and Mary, a ship bound for Jamaica under Captain John Knowles, to be sold again.

The case was heard between February and June 1772. Somerset’s supporters and legal representatives argued that since the end of feudal villeinage, no explicit law of slavery existed in England and that the law of Virginia was not applicable in England. Those opposing Somerset were funded by those with West India interests.

A further argument was made relating to freedom. This was that Somerset could not be charged with breach of contract, as contract law was only binding if the parties were free.

At the time, the case attracted wide attention in the press and was reported as ending slavery in England. Many members of the public attended Westminster Hall to hear the legal arguments. A few days after the final ruling 200 black men and women, able to afford a ticket price of 5 shillings, celebrated the outcome at an assembly at a public house in Westminster.

However Lord Mansfield was aware that a wider ruling against enslavement would be problematic given the approximately 15,000 black people thought to be living in England at the time. He took care to frame his ruling more narrowly with a specific emphasis on the illegality of forcible removal from the country. As stated by Lord Mansfield, it was in this legal context that James Somerset was discharged:

“The state of slavery is of such a nature, that it is incapable of being introduced on any reasons, moral or political; but only positive law, which preserves its force long after the reasons, occasion, and time itself from whence it was created, is erased from memory: it’s so odious, that nothing can be suffered to support it but positive law. Whatever inconveniences, therefore, may follow from a decision, I cannot say this case is allowed or approved by the law of England; and therefore the black must be discharged.”

What happened after the Somerset Case and what implications did it have for Black lives in England?
There were some individual instances in which enslaved people in eighteenth century England appealed to the Somerset Case in legal claims for freedom. Examples include a Mr. Dublin who escaped from his master John Riddell of Bristol Wells. Dublin reported to fellow servants that:

Another instance was the Scottish case of Joseph Knight in 1778. Knight had read about the Somerset Case and as a result claimed his freedom, leading to the ruling that one could not be a slave within Scots Law.

Despite these cases however, slavery did not end in England after the Somerset case. The ruling was not enforced in any wider sense, or even in more specific cases relating to enforced transportation. Only a year later, the London Chronicle reported that an African had shot himself to avoid forced transportation back to the colonies. 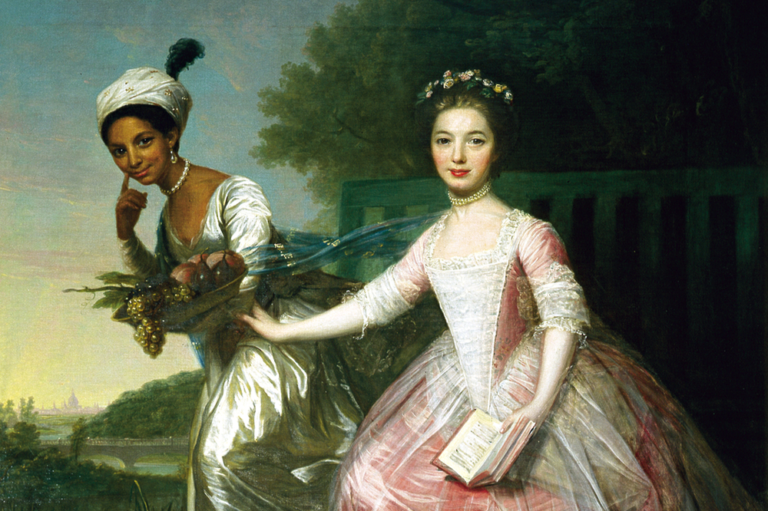 An intriguing insight into encounters between the English ruling classes and African men and women in the eighteenth century can be found in Lord Justice Mansfield’s own household.

Dido Elizabeth Belle born in 1761 was the daughter of an enslaved African woman from the West Indies and a British Naval Officer. She was brought up in the household of Lord Mansfield, her father’s uncle. Accounts from the time report that she was educated, accepted as a member of the family, and at times assisted Lord Mansfield with clerical tasks. After the death of Lord Mansfield she received a generous annuity, married and had several children, before her own death in 1805.

While the stories of James Somerset and Dido Elizabeth Belle belong to the eighteenth century, the Somerset case indicates the continued influence of the ideas of ‘Free Soil’ from two centuries before.