This article will discuss the nature and function of the scriptorium.
© Trinity College Dublin

The scriptorium was the writing room usually at or near a Church settlement; the physical space where the act of transcribing books was carried out.

Some early sources refer to saints and holy people withdrawing to a quiet place in order to transcribe a gospel, implying that it was a form of solitary, meditative, devotional activity. In his late seventh-century account of the Life of Colum Cille, the abbot of Iona referred to Colum Cille’s ‘writing place’ as located on a hill overlooking the monastery at Iona in Scotland. The foundations of this have recently been identified by archaeologists in the University of Glasgow. 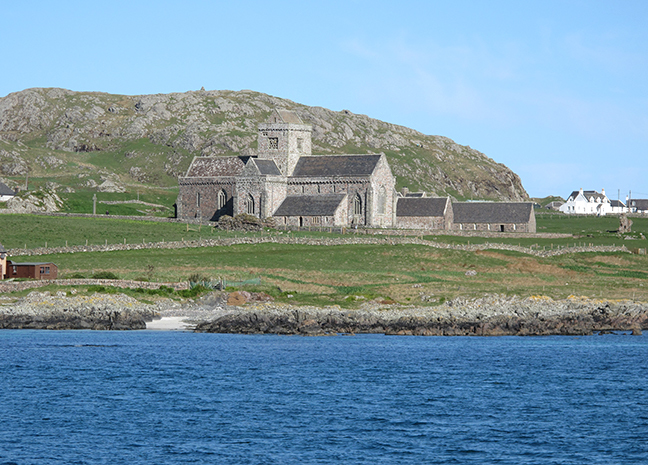 Fig 1. The (restored) abbey of Iona. The writing hut of Colum Cille is thought to have been located on the hill in front of the abbey building (to the left of the picture). Photo: Rachel Moss

The making of a new manuscript required significant resources; a library, containing books from which to make copies, and access to sources of vellum and pigments. So, by the late eighth and ninth centuries, when the Book of Kells was made, it is likely that the production of books was limited to a number of major centres. Iona is known to have been a centre of significant manuscript production, and renowned scriptoria in Ireland included Kildare, Clonmacnoise, Co. Offaly, Bangor, Co. Down, Clonard, Co. Meath and Armagh. 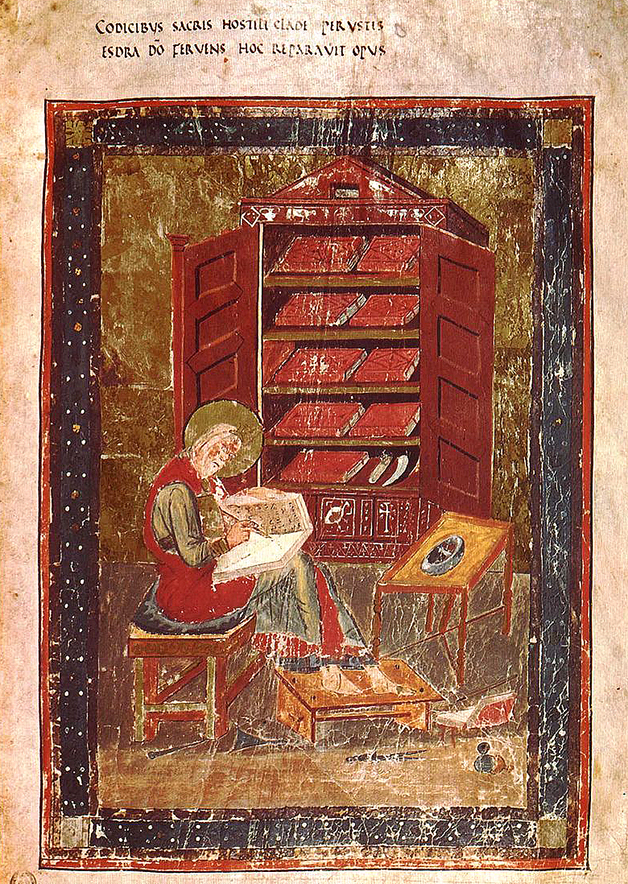 Fig 2. A scribe at work, with his materials and book cupboard behind him. From the Codex Amiatinus, made c. AD700 in the north-east of England. Florence, Biblioteca Medicea Laurenziana, MS Amiatinus 1, fol. 5r. CC-PD-Mark.

Records of a fire at the monastery of Armagh in 1020 note the survival of the teach screaptra (‘house of the scriptures’), presumably a reference to a dedicated scriptorium building. However, clearly not all of the books were kept here, as the destruction of books kept in the students’ houses is also noted.

Ard-Macha [Armagh] was burned … without the saving of any house within it, except the house of the scriptures, and many houses were burned … and the large stone church was burned, and the cloictheach [round tower], with its bells; and Daimhliag-na-Toe, and Daimhliag-an-tSabhaill; and the old preaching chair, and the chariot of the abbots, and their books in the houses of the students, with much gold, silver, and other precious things.

We know nothing of the original form of Irish scriptoria, but there were certain challenges to overcome. In the era before artificial light, large windows would have been needed, although we have no records of window glass in Ireland during the period in question, so another covering, such as vellum, may have been used. The dangers posed by fire may also have placed restrictions on heating, and complaints about the cold are not unusual in the margins of manuscripts.