Binding the Book of Kells

This article will discuss the design principles that shaped the Book of Kells.
© Trinity College Dublin

Medieval gospel books were sometimes bound in a single volume, or might be bound into separate gospels, or kept in loose gatherings in a folder-like cover so that sections could be consulted separately.

The original binding of the Book of Kells has long since been lost, and the trimming of the edges of some of the pages mean that valuable clues as to the original composition of the manuscript are now difficult to piece together with absolute certainty.

However, numerous closed books are illustrated throughout the pages of the manuscript, giving us some sense of the manner in which book covers were decorated at the time. Typically, these were made with wooden boards, covered with leather either stamped with a design while wet, or decorated with additional metal fittings. 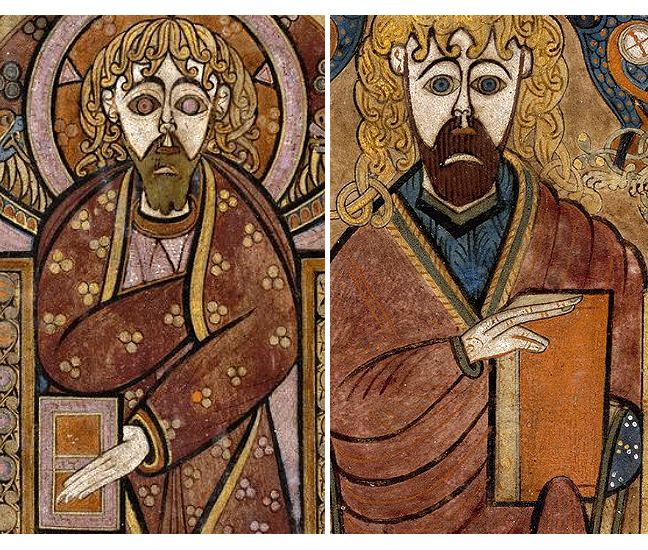 We know that by the early eleventh century the manuscript was either kept in a decorated box, known as a cumdach or book shrine, or had a treasure binding – in other words a wooden cover decorated with jewels. It was this covering that attracted thieves to steal the book in 1007. 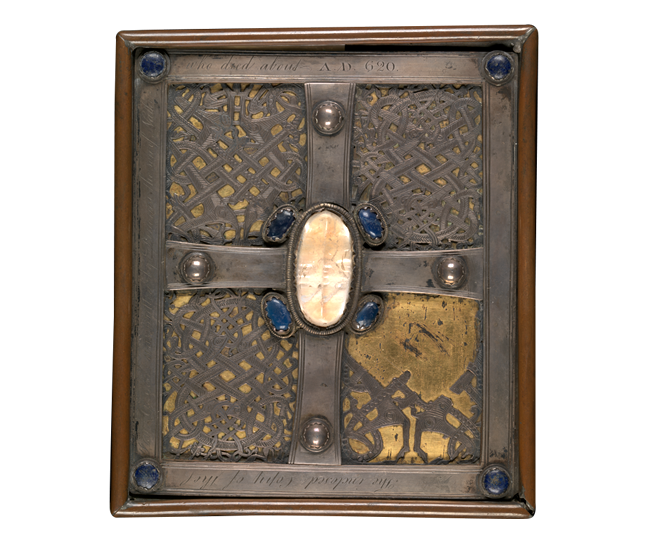 Fig 5. Cover of the cumdach or shrine of the Book of Dimma, reflecting the type of precious ornament used to decorate book covers (twelfth-century with later additions). © The Board of Trinity College, University of Dublin.

Since that time the manuscript has been rebound several times. In 1742, in conjunction with the opening of the new library building a decade earlier (now known as the Old Library), the Book of Kells was rebound by Dublin bookseller, printer and binder John Exshaw for the sum of 3s 6d. This binding remained in place for just under a century, when, in 1826, the manuscript was entrusted into the care of binder George Mullen Jnr. Belonging to an era when ‘tidiness’ was the preferred aesthetic, Mullen’s intervention has since been described as ‘disastrous’.

Mullen first washed the manuscript, causing the pages to shrink unevenly, and then pressed them together to flatten them, causing considerable loss of colour. He then painted some of the margins with white oil paint, and filled and tinted flaws in the vellum. Worst of all, he trimmed the formerly uneven edges of the manuscript so that the edges could be gilded, removing parts of decoration of some of the pages in the process. 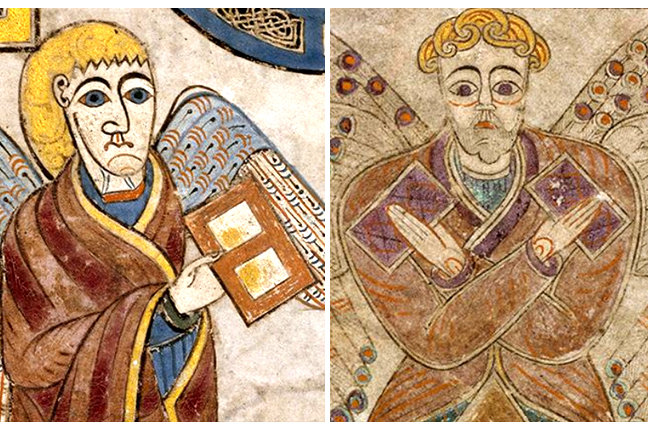 Controversially, the manuscript was sent to London for yet another rebinding in 1874 causing widespread alarm that the book had been spirited out of the country without the proper permissions in place. By 1950, some of the leaves of the manuscript had become loose from this binding, and it was resolved to employ the conservation binder Roger Powell to work on the manuscript; it is his work which continues to protect the manuscript to the present day. His very sensitive treatment saw the manuscript bound into four separate volumes, one for each gospel.