The evangelists behind the Book of Kells are discussed in this video.
View transcript
5.6
Images of the four evangelists in the Book of Kells are found both grouped together and individually. The grouping of the symbols is a reminder to the reader that the gospel tells the same story. Each gospel tells the story of Jesus Christ, but each has an emphasis on different parts of that story. It is by reading the four accounts that we can piece together the full picture.
34.6
Close to the beginning of the Book of Kells are a number of pages with canon tables. These were charts designed to cross-reference the occurrence of the same stories across the four gospels. On several of these pages, the tables are topped by some or all of the evangelists and their symbolic form – the winged figures of a man, a lion, an ox and eagle. The artists demonstrate great imagination in the variety of ways in which the symbols are represented and combined. That said, there are some consistencies. For example, the symbol of Matthew, the man, is shown holding his gospel book while the others are not. The symbol of Mark, the lion, is consistently shown with a long, protruding tongue.
90.1
This may be an allusion to passages in the Bible that strengthen the authority of scripture. For example, from the Book of Kings, “the Spirit of the Lord hath spoken by me, and God’s word is my tongue”,
106.6
and from the book of Psalms, Psalm 1:18, “my tongue shall pronounce thy word”.
115
A reminder of the unity of the gospel stories was also originally included at the start of each gospel text, this time with an image of the four evangelists grouped around a cross, a key symbol for Christ. On Folio 27v, the page that prefaces the gospel of St. Matthew, the sanctity of the evangelists is emphasised by adorning each with a halo. On the page that prefaces the Gospel of Mark, the central cross and the medallions that surround each evangelist is picked out in bright yellow, a substitute for gold which still shimmers brightly on the page. On Folio 290v, the page prefacing the Gospel of John, the figures are placed around an x-shaped cross. We call this a saltire across.
177
There is a lozenge, a diamond shape, at the centre of the cross. The lozenge is another symbol for Christ. This imagery again helps to emphasise the link between the evangelist and his story.
196.6
Together with these so-called four evangelists pages, each gospel was also originally prefaced with an image of its author. This page was known as a portrait page. Only two of these have survived in the Book of Kells – portraits that are now bound at the start of the Gospel of Matthew and the Gospel of John. Much like an author portrait on the back of a modern novel, the idea was to clearly identify the text with its author and also to confirm its authenticity. The figure of Matthew is shown holding his gospel book in his left hand, his right hand enigmatically placed under his purple cloak, in his breast.
245.8
Matthew is surrounded by the symbols of the other evangelists – the ox, two lions, and the eagle. Although he appears to be standing, the arms and back of the throne can be seen beside and behind him, adding to his air of authority. The figure of John is also enthroned and holds up his gospel book for all to see. Here we are left in no doubt that he is the writer of the gospel, as in his right hand, he holds an oversized pen, and there is a small inkwell at his foot. The inspiration behind his writing may also be included in the illustration.
293.1
Emerging from behind the prominent crosses that frame the figure are the hands, the feet, and the deformed or mutilated head of a figure. Perhaps this is to remind us of the crucified Christ.
311.4
One of the most striking features of both faces are their piercing stares, emphasised by the chalky whiteness of their faces. They are enigmatic. They are similar to the tradition of Byzantine icons, and so we are led to recall the sixth-century writings of Agatheus, who stated of such paintings, “the eyes encourage deep thoughts. And art is able, by means of colours, to ferry over to the object the prayer of the mind”. In other words, the eyes of the figures facilitate the bonds between the divine and the earthly.

‘This book contains the concordance of the Four Gospels according to St Jerome… Here you can look upon the face of divine majesty drawn in a miraculous way; here too upon the mystical representations of the four evangelists, now having six, now four, and now two, wings. Here you will see the eagle; there the calf. Here the face of the man; there that of the lion.’ 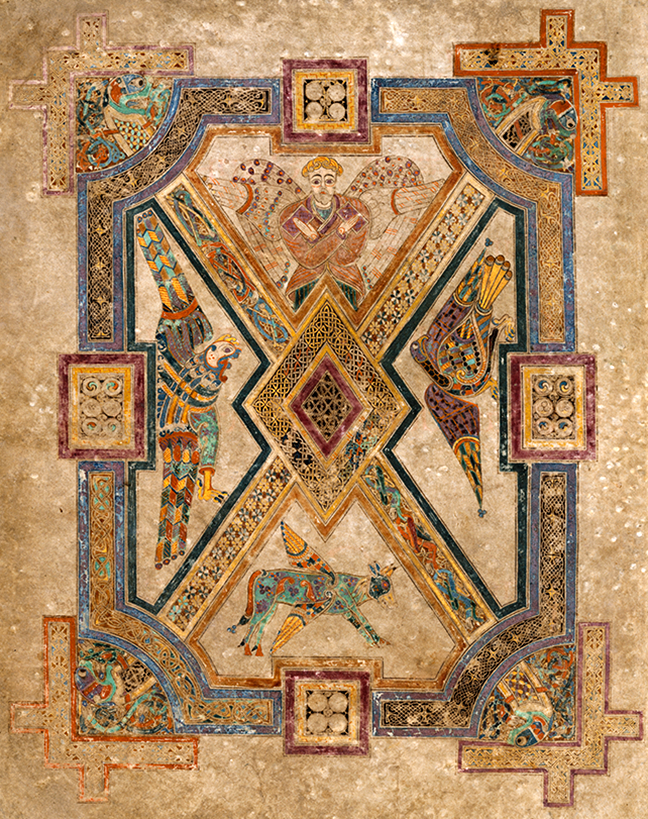 Fig 1. Book of Kells (fol. 290v), symbols of the four evangelists. © The Board of Trinity College Dublin, University of Dublin.

The only specific illustration singled out for description when the cleric, Gerald of Wales, encountered a richly decorated gospel book at Kildare during his twelfth-century travels in Ireland, was that of the four evangelists. These were the four people that tradition tells us wrote the four gospels – Matthew, Mark, Luke and John.

The word evangelist came from the Greek word εὐάγγελος (euangelos, ‘bringing good news’) (εὖ (eu, ‘well, good’) and ἀγγέλλειν (angelein, ‘to announce’). The four evangelists named in the gospels were the first to announce the ‘good news’, the story to be found in the gospels. The importance of these figures as authors of the gospels is continuously emphasised in depictions of them throughout the Book of Kells. In some cases they are shown in human form, but in others, like the representation described by Gerald, they are shown symbolically.

The symbolic representations of the evangelists came from two biblical sources. The first is Ezekiel’s vision in the Old (first) Testament (Ezekiel 1:4–11), where Ezekiel describes seeing in the middle of storm and fire four living creatures of human form.

The second is a reworking of the vision in the New (second) Testament Book of Revelation, where the four winged creatures are described as in heaven, surrounding the enthroned Jesus Christ (Revelation 4:6–8).

These scenes allude to the appearance of the divine in the world (known as a theophany). The association of each evangelist with these symbols was an allusion to each Gospel communicating the divine presence in the world.

Fig 2. Book of Kells (fol. 1v), symbols of the four evangelists. © The Board of Trinity College Dublin, University of Dublin.

Early biblical commentators associated the different symbolic forms with different evangelists. The Book of Kells follows the interpretation favoured by St Jerome – of Matthew as a man, Mark as a lion, Luke as a calf or an ox and John as an eagle. St. Jerome, (c. 347– died 420) is regarded as the most learned of the Latin Fathers. He is most remembered for his translation of the Bible into Latin (from Greek, other old Latin versions and Hebrew). Jerome ordered the gospels as we have them today: Matthew first, then Mark, Luke and John. In his Commentary on the Gospel of Matthew we find Jerome characterising each gospel by reference to its opening passage, and relating each of the four faces of the four living creatures in Ezekiel’s vision to one of the four evangelists.

This practice of using these symbols to represent the evangelists was established in Christian art by the sixth century and is found across the Christian world in art works of all mediums.