Find out more
Home / History / Irish History / The Book of Kells: Exploring an Irish Medieval Masterpiece / The Temptation of Christ

The Temptation of Christ

According to three of the gospels, after Jesus had been baptised he went into the desert to fast for forty days and forty nights. During this time, Satan appeared to Jesus and three times tried to tempt him. A scene usually interpreted as the third temptation of Jesus is depicted on fol. 202v. It appears to illustrate the passage, a few pages later (fol. 204r), from the Gospel of Luke 4:9-12:

9 Then the devil took him to Jerusalem, and placed him on the pinnacle of the temple, saying to him, “If you are the Son of God, throw yourself down from here, for it is written, ‘He will command his angels concerning you, to protect you,’ and ‘On their hands they will bear you up, so that you will not dash your foot against a stone.’” 12 Jesus answered him, “It is said, ‘Do not put the Lord your God to the test.’” 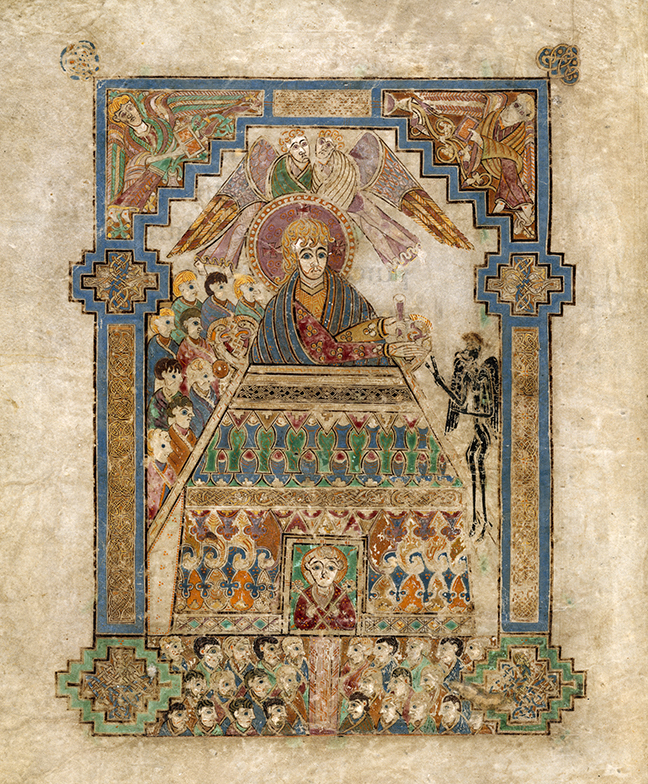 Fig 1. Folio 202v, the Temptation of Christ. © The Board of Trinity College, University of Dublin.

This is a unique depiction of the scene and is puzzling.

Jesus Christ is shown looming large both on top and behind a highly decorated building, presumed to represent the Old Testament Temple of Solomon (1 Kings 6.6). The Book of Kells artist chose to illustrate this in the form of an early Irish timber church – characterised by its small rectangular shape and steep pitched roof. The colours used in its decoration – blue, red and purple – reflect the colours that decorated another Old Testament building, Moses’ Tabernacle, which was adorned with cloth hangings in these colours (Exodus 25-27). 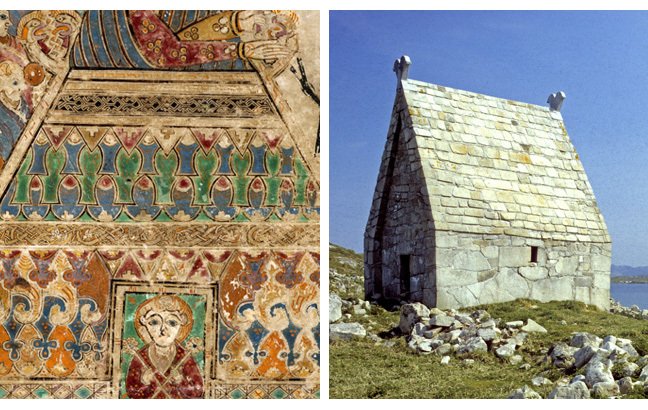 In the context of Western art, the figure of the Devil is a very early representation of the form with which we are now familiar – inky black (although originally with more reds and browns), with cloven feet and a twisting tongue. His importance with respect to Jesus Christ is clearly shown by his smaller size, and the fact that he is below the Christ figure. Nonetheless either the artist, or an early reader, wished to emphasise the point, and microscopic analysis has revealed that the figure was stabbed multiple times. 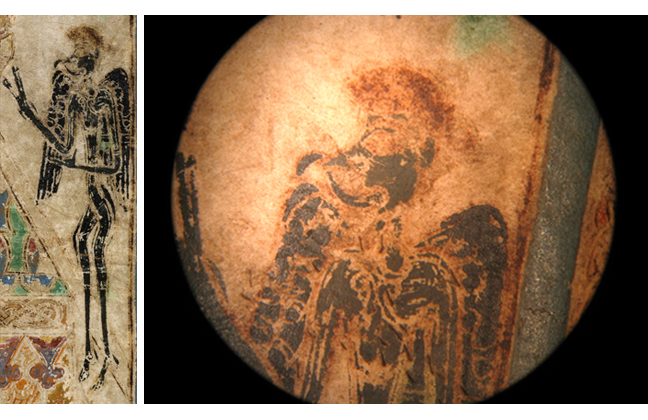 While the features above appear to reflect the story in the Bible, other features do not fit in with it. A haloed figure standing in the doorway of the Temple is holding crossed rods. This stance is usually interpreted as Christ the Judge or the Triumphant Christ, and is found on some slightly later high crosses. 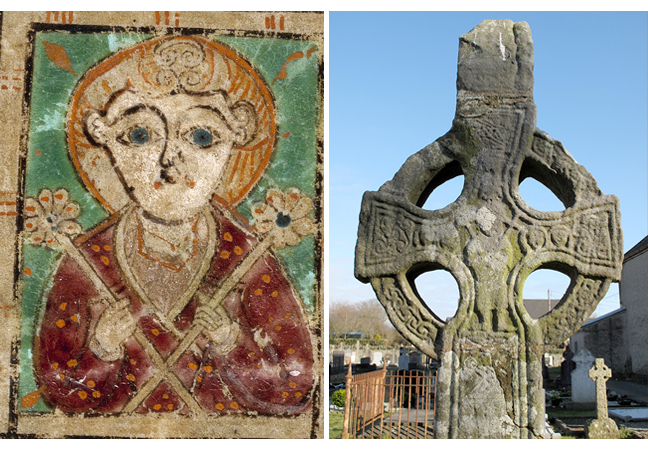 Crowds of figures surround the building. This contradicts the Bible, which speaks of Christ’s isolation during the temptations. The artist has gone to some trouble to make the faces appear different. Perhaps this a reference to the second temptation, during which Jesus Christ was led to a high place, shown all of the kingdoms of the world and promised that they would be his if he worshipped the Devil (Luke 4:5-8).

Some scholars suggest that together with recalling the temptation(s), the illustration was intended to hold a more metaphorical meaning. Using the evidence of contemporary biblical commentaries, they suggest that the Temple is literally the body of the Church, with Jesus Christ as the head. The figure at the doorway might represent a common metaphor of the time – the idea of a saint or holy figure as a ‘column’ or support of the Church, while the people below are the ‘living stones’ of the Church.