One of the best ways of learning is by looking at the stories of others.

Below you can read some examples of students who have graduated from Goldsmiths, and what they have subsequently gone on to achieve. You can discuss these case studies in the next step. 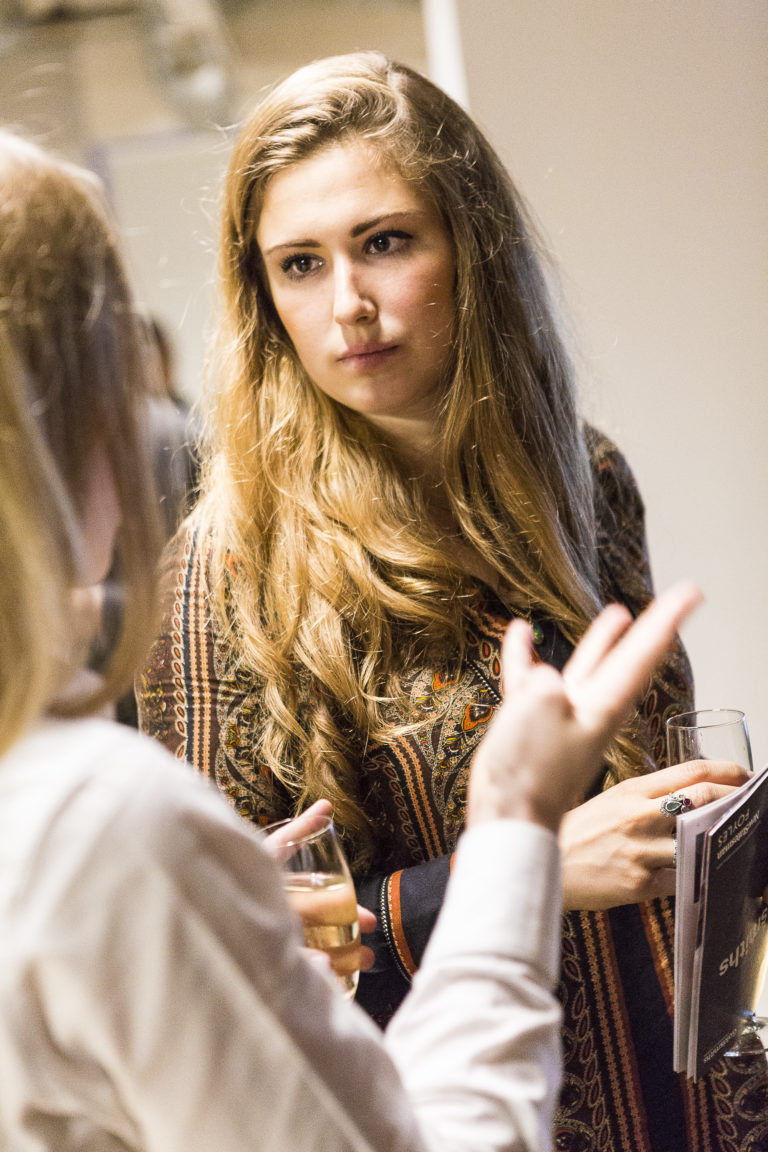 Karen Aileen d’Arcangelo graduated with a BA Media and Modern Literature in 2014. Her academic and extra-curricular experiences at Goldsmiths, including an internship organised by the Careers Service, helped her land a challenging and interesting job with her dream employer, Time Out.

A dream job
I became a Time Out fan just a few months after I moved to London. My friends would make fun of how many times I quoted the magazine, so I was over the moon when Goldsmiths’ Careers Service was offering a six-month internship in the company’s Digital department, supported by Santander. I almost missed the interview because I was back in Italy and wasn’t expecting to actually get a call! I came back to London for the interview and a few hours later had got the internship. The dream came true and two weeks later I was starting as an intern helping curate a new product that Time Out had just acquired. I quickly became interested and involved in the technical processes of how Time Out London’s and all its other 140 cities websites are created, curated and improved. After four months I started managing my first product and at the end of the internship I was thrilled to have been offered a full-time job.

This content is taken from
Goldsmiths, University of London online course,

Bringing ideas to life
As a Product Manager my role is to bring together a product for the website which will have requirements from different stakeholders in the company – editorial, marketing, commercial. I analyse the user journey and experience with the designers, evaluate the technical challenges and implications, and then plan the building of the product with the team of developers. An example would be the Love London Awards which have just finished. This was originally a marketing campaign for which we created a web app to facilitate and encourage Time Out users to nominate and vote for their favourite ‘locals’ in their neighbourhoods.

My longer term ambitions have changed significantly since I graduated but now I think I would like to grow as much as I can in the role I am currently doing and then find a way to apply it to projects involving the arts and cultural activities, which is what I miss the most about Goldsmiths.

Prepared for new challenges
I had never known of the existence of a Product Manager role and was soon fascinated by it, although it wasn’t necessarily related in any way to what I studied. I guess Goldsmiths has had an effective influence on how I analyse and relate to a new challenge. It prepared me to always question what I’m presented with, and as clichéd as it sounds to ‘think outside the box’.

I also feel that personally my experience at Goldsmiths has helped me to learn on the spot, even my literature seminars which are obviously unrelated to my job now were a constant challenge on how to interpret, discuss a text or a concept. The various extra-curricular opportunities were also definitely helpful for my application, especially on the practical side of my job. I was lucky enough to be involved in student media as Deputy Editor of Smiths Magazine, and Student Co-ordinator for the English and Comparative Literature department, and through both roles I learnt how to be practical, organised, intuitive which was a challenging and refreshing escape when heavily involved in academia. 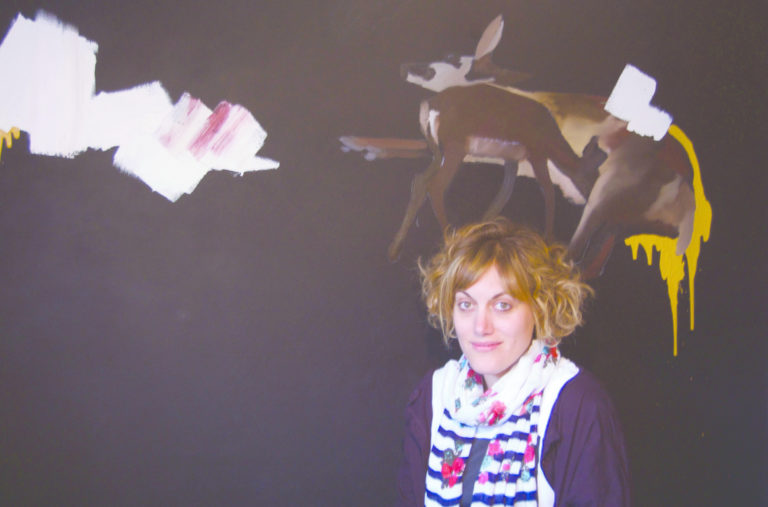 Julia Alvarez
Graduated from BA (Hons) History of Art in 2011

“I’m responsible for the overall running of BEARSPACE Gallery from selecting and promoting artists to managing staff. BEARSPACE regularly shows as part of art fairs and larger international projects and I am ultimately responsible for the success and development of the business. The South London Art map was started as a promotional tool for galleries in Deptford and now represents over 150 galleries and studios in Deptford, running tours and SLAM Fridays events to lobbying government for the needs of art organisations.

Goldsmiths helped me to develop the skills required to operate both in the contemporary art world and work with local government and other businesses to build art into the fabric of society. Whilst at Goldsmiths I also worked as an intern for other local galleries which gave me practical experience of the day to day running of a gallery. I am still in contact with my peers some of whom are artists, gallerists or academics in the arts. I have also been asked to return to Goldsmiths to give talks on professional development, and work on joint projects with academic departments.” 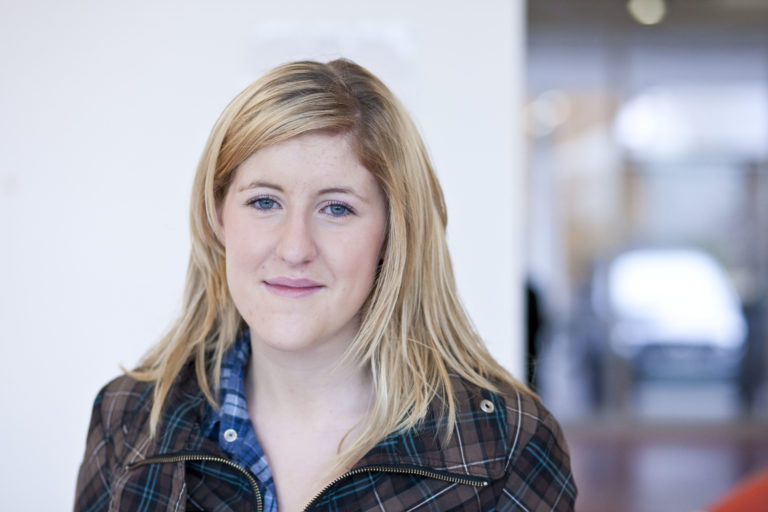 “Goldsmiths taught me to be very confident and self assured when applying for jobs, which was obviously my main concern after leaving uni. My extra-curricular activities within Goldsmiths meant I was prepared for interviews and ready to hit the ground running when I got my current job.

I’m now working at The Pensions Management Institute, as Office Coordinator and Assistant Accountant. I look after the general management of the office, work with the finance team, and am the head of the Corporate Social Responsibility Committee and the Social Committee. I think I’m personable and confident, and both of these traits were developed at Goldsmiths – not only through the various experiences of running to be on the Student Assembly and a Trustee within the Students’ Union, but also through the people I met and the course I took.

Goldsmiths also left me with a determination that I don’t think I had beforehand; a determination to succeed and do well in anything I try my hand at which I think has helped immensely in my current job, and contributed towards getting promoted within 5 months – I hope this continues!”

If you wish, you can read more graduate success stories from Goldsmiths.

The site Graduate Success, put together by the UK Association of Graduate Careers Advisory Services, has many more examples of graduates stories from across other universities in the UK. If you wish, you could read some of the case studies on the site, and watch some of the videos.

This content is taken from Goldsmiths, University of London online course