Discover the most common and accurate method for measuring sleep.

There are a number of ways that we can measure sleep, however, the most common and accurate method for measuring sleep is called polysomnography, or PSG.

Sleep studies are safe and non-invasive, and are usually carried out in a sleep laboratory, although with advancements in technology they can also sometimes be carried out in the home now too.

The assessment of sleep involves measuring a number of different physiological signals that allow us to categorise sleep into different stages. The three main measures that are required for this are the electroencephalogram (EEG) to measure brain activity, the electrooculogram (EOG) to measure eye movements, and the electromyogram (EMG) to measure muscle activity.

The way in which these are measured is by applying small sensors called electrodes to the head and face, which measure the electrical activity of each of these areas and allow the different sleep stages to be scored based on the differences in physiological activity associated with each.

The EEG is the main measure that is used for assessing sleep, and the main signal that allows us to see the differences between the different stages of sleep. It is a measure of voltage fluctuations occurring in the brain due to neurons or nerve cells communicating with each other, and among other things provides us with information that can be used to distinguish between different states of consciousness. The frequency or the speed of the signal is what is mainly used to differentiate the different sleep stages, and is measured in Hertz (Hz) or also known as cycles per second.

The first step required to conduct an EEG is to measure the skull using the International 10-20 System, which allows for reliable placement of electrodes on the scalp. The 10-20 system is based on the relationship between the location of an electrode on the scalp and the underlying area of the brain. Each site has a letter (F= Frontal, T = Temporal, P = Parietal, O = Occipital,C = Central), which refers to the lobe or area of the brain, and a number which identifies which side or hemisphere of the brain the electrode is located. Even numbers refer to the right hemisphere and odd numbers refer to the left hemisphere.

Once these measurements have been made, each location of skin is prepared with an abrasive paste to clean the area and ensure optimal signal quality. Following this, electrodes are then attached to the head using a conductive paste, gauze, and medical tapes. 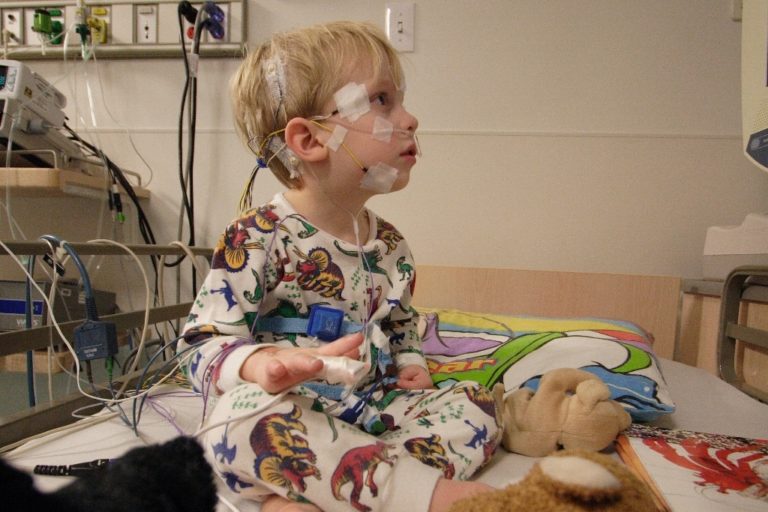 Although the EEG, EOG, and EMG are the only measures that are required to assess sleep, PSG usually also includes a range of other physiological measures that are primarily used when a sleep disorder is suspected. These extra measures involve monitoring respiration and nasal airflow, oxygen saturation of the blood, and leg movements.