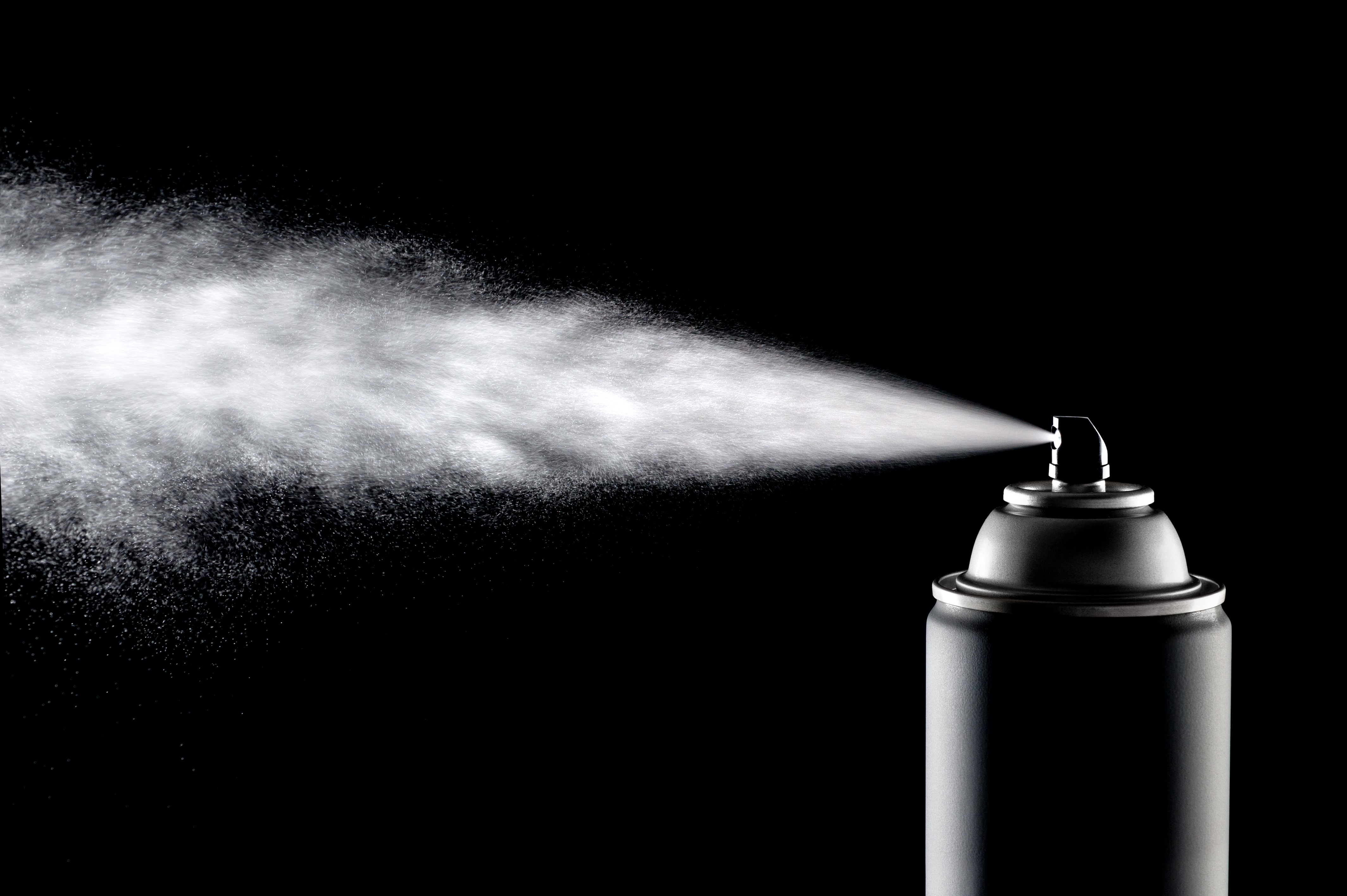 Air pollution happens when solid and liquid particles, known as aerosols, and certain gases end up in the air.

Any particle that gets dispersed into the air or is formed from chemical reactions in the air can be an aerosol. Many aerosols enter the atmosphere when fossil fuels—such as coal and petroleum—and wood are burnt. These particles can come from many sources, including car exhaust, factories and even wildfires. Some of the particles and gases come directly from these sources, but others form through chemical reactions in the air.

Aerosols can come from other places, too, such as ash from an erupting volcano. Dust from the soil, pollen from plants and spores from mould are also examples of particles.

Another gas in the atmosphere which can cause air pollution is ozone. When ozone is closer to the ground, it can be detrimental to health. Ground-level ozone is created when sunlight reacts with certain chemicals that come from sources of burning fossil fuels, such as factories or car exhaust. When particles in the air combine with ozone, they create smoky fog known as smog.

Pollutants can be further divided into primary and secondary air pollutants. A primary pollutant is an air pollutant emitted from a source directly into the atmosphere. The source can be either a natural process such as sandstorms and volcanic eruptions or anthropogenic (influenced by humans) such as industrial and vehicle emissions. Examples of primary pollutants are sulphur dioxide (SO2), carbon monoxide (CO), nitrogen oxides (NOX), and particulate matter (PM).

Traffic-related air pollution (TRAP) is one of the major sources of air pollution in urban areas and has been associated with a wide range of adverse human health effects. Much of the population is regularly exposed to TRAP as a result of daily activities (e.g., commuting) and a significant portion of the population resides in close proximity to major roadways.

Weather conditions have a significant influence on air quality too. For example, calm winds can lead to the build-up of pollution levels in an urban environment. High temperatures, strong winds and dry vegetation exacerbate the fire risk in bushfire-prone areas, which can lead to very high smoke concentrations, both locally and in downwind urban areas. Temperature and sunlight also have a strong influence on the chemical transformation of pollutants in the atmosphere.

Proximity: Air pollution levels are higher the closer we are to an emissions source. For most of us, our highest exposure to air pollution occurs near busy roadways. But it could be a burn barrel or backyard fire pit, too.

Time and season: Fine particle levels are often highest in the morning but can be elevated at any time of day. Ozone is generally a summertime pollutant. Ozone levels are highest in the afternoon and evening. Most unhealthy ozone days occur when daytime temperatures exceed 32°C.

Answer the following questions in the comments below:

Use the Discussion section below and let us know your thoughts. Try to respond to at least one other post.

You have now learned about the main causes of air pollution in urban areas. Next, you will complete an interactive quiz to put what you have learned into action.