Impact of agriculture on climate change

Agriculture is a major source of Greenhouse Gases which contribute to the greenhouse effect and climate change. Read more in this article. 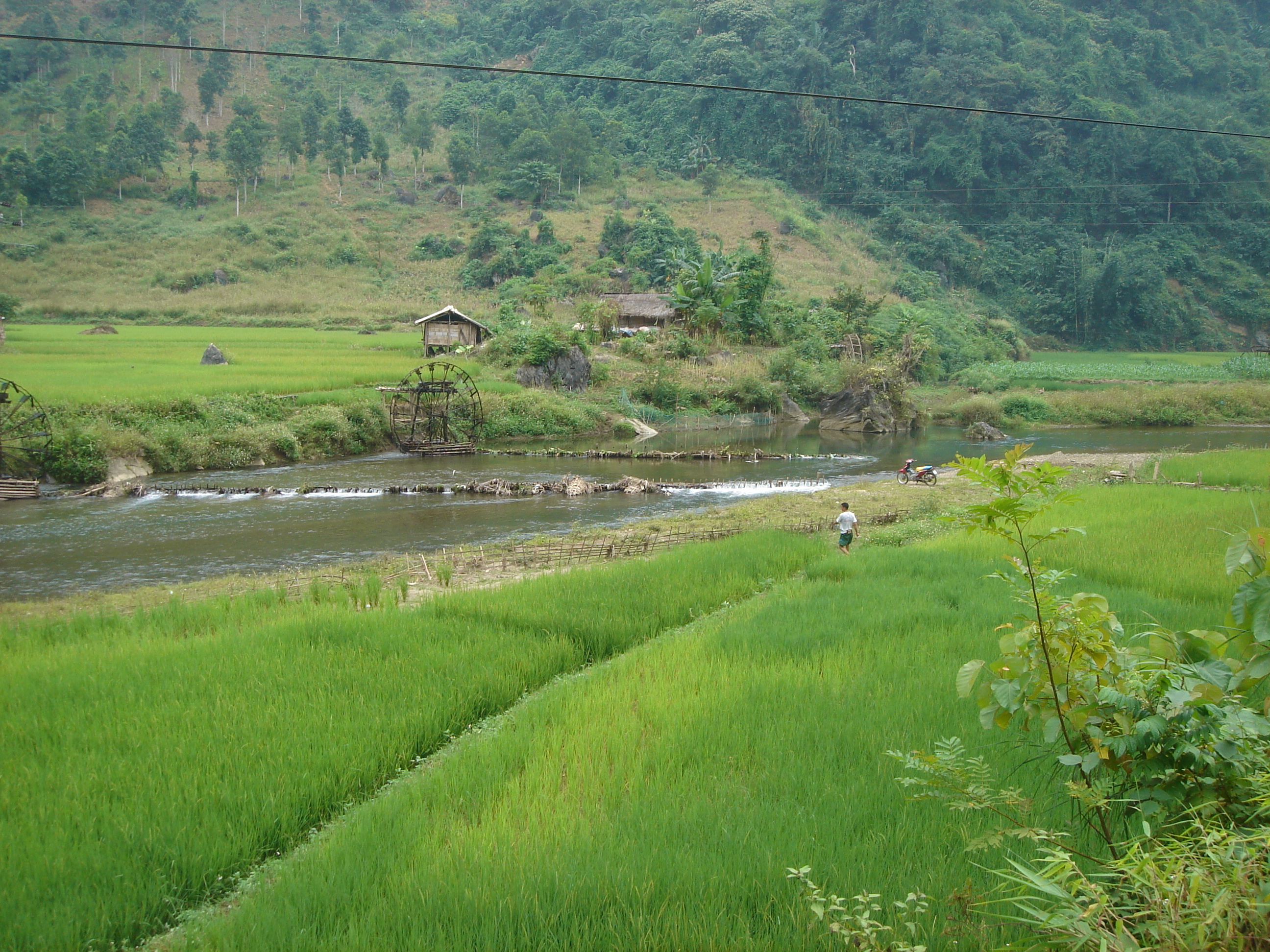 According to the International Panel of Climate Change (IPCC, 2013) agriculture, forestry and the change of land-use, account for as much as 25% of human induced GHG emissions. Agriculture is one of the main sources of emitted methane and nitrous oxide. 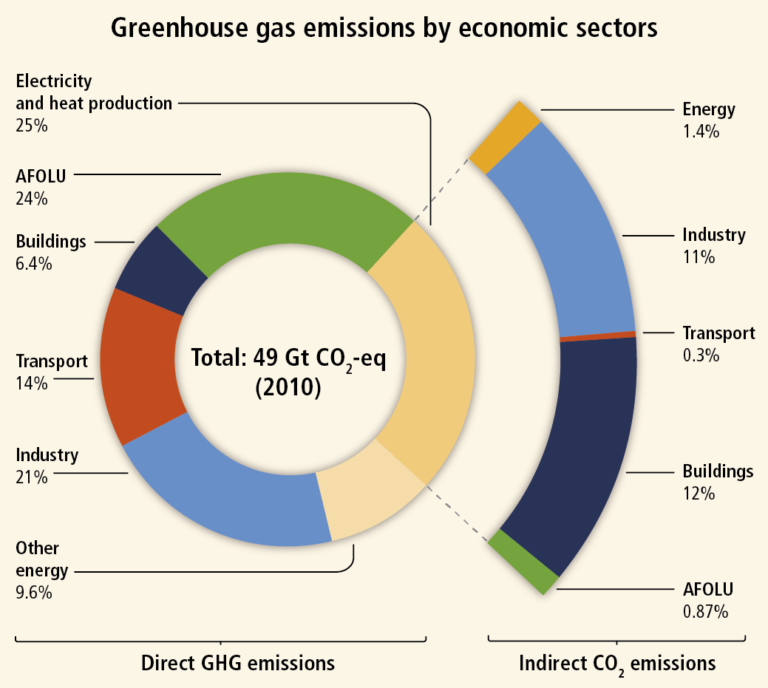 Figure 2: 1.7 | Total anthropogenic greenhouse gas (GHG) emissions (gigatonne of CO2- equivalent per year, GtCO2-eq/yr) from economic sectors in 2010. The circle shows the shares of direct GHG emissions (in % of total anthropogenic GHG emissions) from five economic sectors in 2010. The pull-out shows how shares of indirect CO2 emissions (in % of total anthropogenic GHG emissions) from electricity and heat production are attributed to sectors of final energy use. ‘Other energy’ refers to all GHG emission sources in the energy sector as defined in WGIII Annex II, other than electricity and heat production {WGIII Annex II.9.1}. The emission data on agriculture, forestry and other land use (AFOLU) includes land-based CO2 emissions from forest fires, peat fires and peat decay that approximate to net CO2 flux from the sub-sectors of forestry and other land use (FOLU) as described in Chapter 11 of the WGIII report. Emissions are converted into CO2-equivalents based on 100-year Global Warming Potential (GWP100), taken from the IPCC Second Assessment Report (SAR). Sector definitions are provided in WGIII Annex II.9. {WGIII Figure SPM.2}

Besides its contribution to global warming, farming has other detrimental effects on the environment. Agriculture is often the reason for deforestation and a change in land use, from natural ecosystems that take up and store carbon dioxide (CO2) from the atmosphere, to farmland. These activities cannot be viewed independently.

Nitrous oxide is mainly formed during the application of fertilisers rich in nitrogen to fields. It also originates from manure or engines burning fossil fuels. Carbon dioxide originates from the burning of fossil fuel, used to power agricultural machinery. However, these direct emissions from agriculture are comparatively small, only making up about 1% of global, human-induced emissions.

Land-use changes relating to agriculture have a far more significant impact on carbon cycling. Plants absorb CO2 from the atmosphere, so plants, forests and many natural ecosystems that have developed over thousands of years store vast amounts of carbon. Changing the function of this uncultivated land from being a carbon sink and store to being a source of GHG emissions due to burning plant material or farming, has a negative impact on the emission balance. Likewise, maintaining and increasing plant biomass contributes to carbon sequestration and reduces the concentration of CO2, so forestry and the management of woodland also impact on the amount of GHGs in our atmosphere.

In terms of direct emissions from agriculture, CH4 from fermentative processes, N2O from soil management, CO2 from burning fossil fuel and change in land-use are the most important sources of GHGs.

In addition to generating GHG emissions, agriculture is also responsible for a long list of negative impacts on the environment. Fertilisers rich in nitrogen can pollute water and threaten aquatic ecosystems. Pesticides, herbicides, and monocultures can lead to a loss in biodiversity. As populations expand agricultural production must increase or become more efficient. Increasing the area of land for farming, offers one option for increasing production but it has its drawbacks. Clearing uncultivated land for farming can lead to the destruction of natural ecosystems, which may have a devastating effect on the local wildlife and biodiversity. Many sectors need large amounts of water, which may cause water scarcity and drought. Constant exploitation of soils cause erosion and compaction, leaving them useless for future generations.

Yet, ever since we gave up our lifestyle of hunting and gathering in favour of living in settlements and using domesticated plants and animals to provide a constant source of high quality nutrition, agriculture remains essential for feeding the human population; estimated to grow to nine billion people by 2050. It’s therefore paramount that we find ways to increase farming productivity in the future, whilst at the same time investigating ways of reducing the impact of agriculture on GHG emissions and the environment. 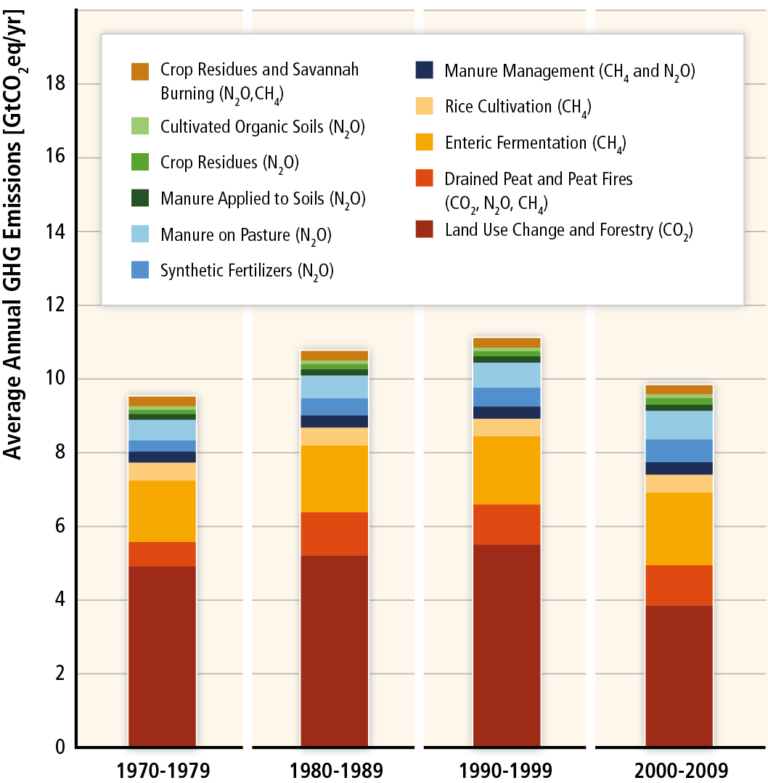 Figure 3: 11.2 | AFOLU emissions for the last four decades. For the agricultural sub-sectors emissions are shown for separate categories, based on FAOSTAT, (2013). Emissions from crop residues, manure applied to soils, manure left on pasture, cultivated organic soils, and synthetic fertilizers are typically aggregated to the category ‘agricultural soils’ for IPCC reporting. For the Forestry and Other Land Use (FOLU) sub-sector data are from the Houghton bookkeeping model results (Houghton et al., 2012). Emissions from drained peat and peat fires are, for the 1970s and the 1980s, from JRC/PBL (2013), derived from Hooijer et al. (2010) and van der Werf et al. (2006) and for the 1990s and the 2000s, from FAOSTAT, 2013.