Running and maintaining a farm is a lot of work that often requires the use of heavy machinery, electricity or large amounts of water. How can we reduce the emissions from these activities?

In comparison to the emissions of CH4 and N2O, the emissions of CO2 from the farming industry are low compared to other sectors. In the UK, agriculture accounts for only 1.1% of the CO2 emissions. However, there are number of mitigation options, many of which can be applied outside of agriculture, too. 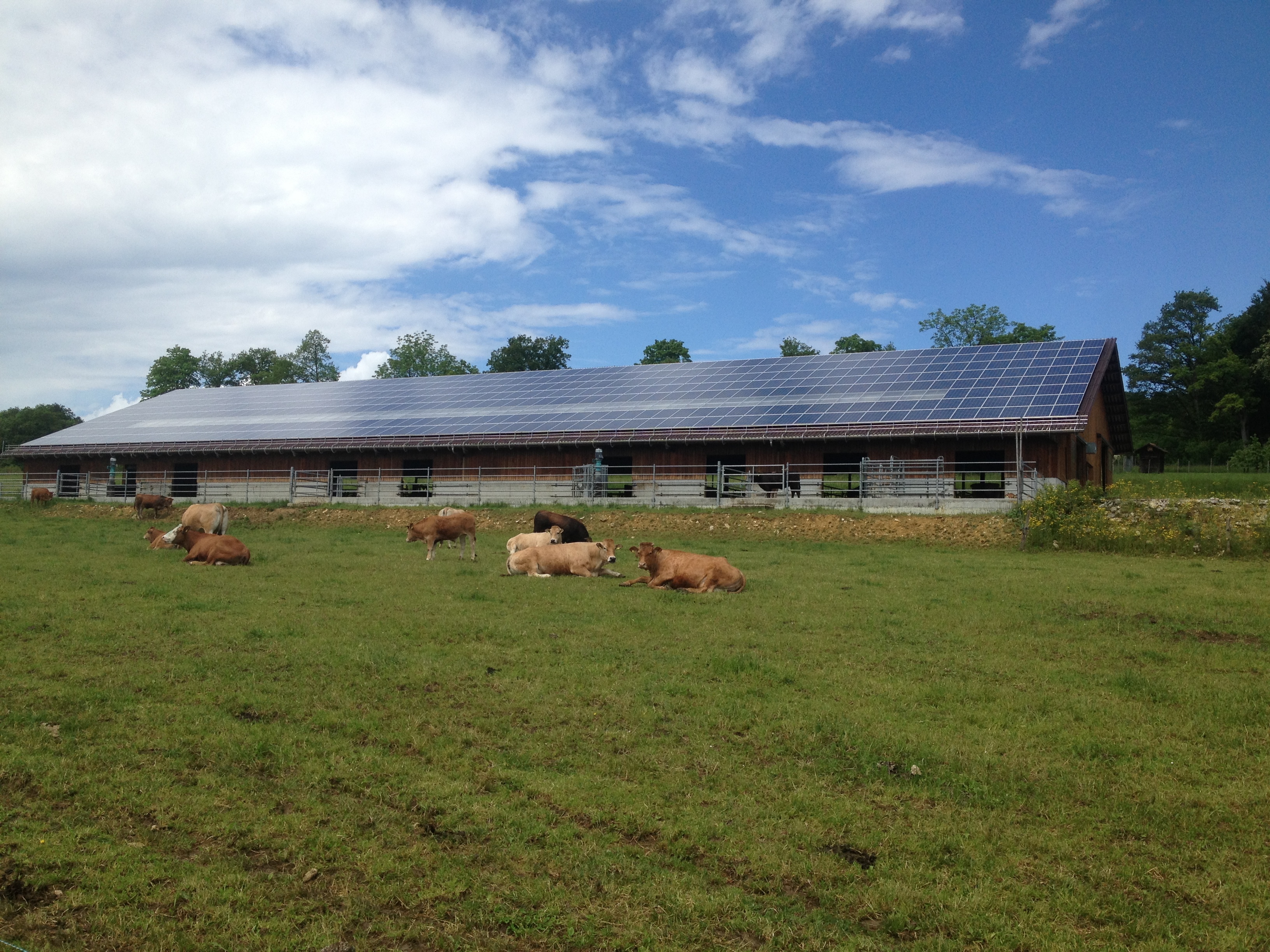 The largest proportion of electricity is still created by the burning of fossil fuels, thereby emitting CO2, but there are ways to create electricity in a sustainable way.

In the last few years, as technology progresses, solar panels have become cheaper. If the power generated exceeds the need of the farm, the additional electricity created by the solar panels can be fed back to the grid and used by others, which the farmer will receive a payback for.

Inefficient heating systems within houses are responsible for using considerable amounts of fossil fuels, which result in the emission of CO2. The amount of fossil fuels burnt for heating could be reduced drastically by improving the insulation of buildings.

Efficient wood burners to heat a house could be considered carbon neutral – provided that trees and woody plants harvested for firewood are replaced with new ones which ensure the uptake of CO2 from the atmosphere.

Using wood to cook and heat can create problems in some developing countries though, when the wood is harvested directly from natural ecosystems and precious forests. In Madagascar, a project promotes the use of energy efficient wood stoves, which save about 60-80% of the firewood, reducing deforestation yet still providing renewable energy for the locals. You can read more about this project on the Chances for Nature website.