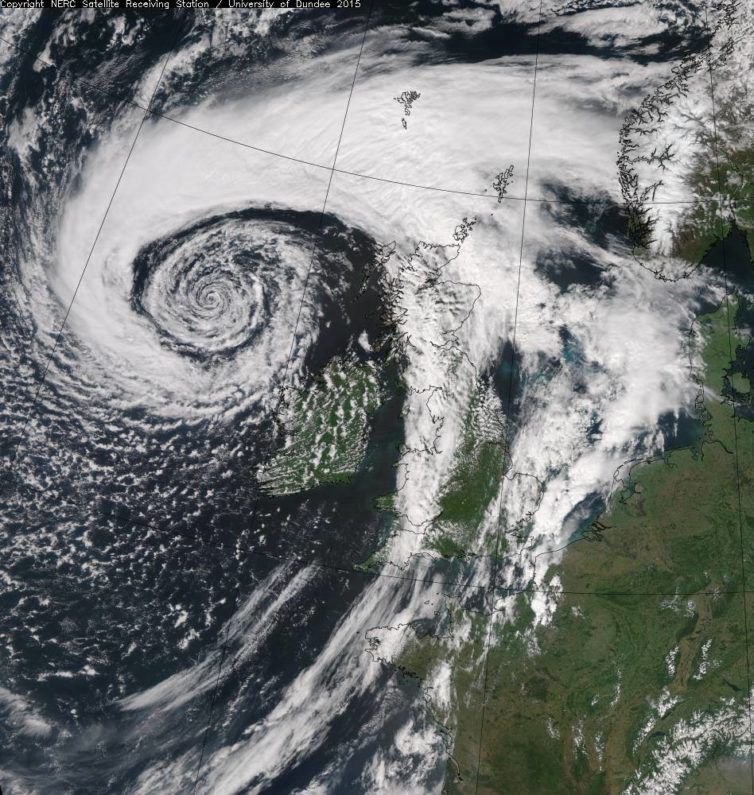 These storms typically last several days, are a few hundred kilometres in size and travel approximately eastwards across the North Atlantic. They are characterised by a swathe of cloud the same scale as the UK, and when shown on a weather map (also known as a synoptic chart), are distinguished by low pressure in the middle and distinctive fronts. They bring us both our ‘normal’ and our ‘extreme’ weather. 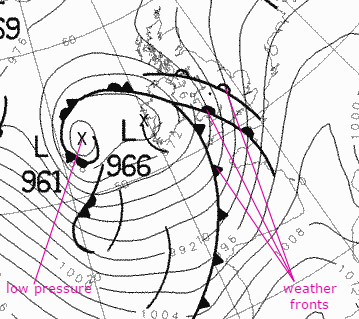 View Course
Before we explore how these storms are formed, let’s start with a bit of history. The first scientific study and classification of these weather systems was performed by a group of Norwegian meteorologists: the Bergen School. The location was no coincidence, Bergen experiences a lot of weather systems.
Working without the benefit of satellite and radar pictures, the tools we use to tell us about the atmosphere today, this group did a remarkable job of describing the nature of weather systems. Using only ground based observations and information from weather balloons, they realised that depressions occur as a consequence of the pole-to-equator temperature gradient.

You can see this in further detail in Figure 3. In this graph, the latitude is recorded along the bottom (the x axis) and the amount of energy is recorded on the left (the y axis). The blue line shows that, over the course of the year, the Tropics receive more energy than the North Pole and South Pole. The red line shows the amount of energy the Earth is losing to space.
As you can see, the Tropics lose more energy than the Polar regions, but the two lines are not the same. The Tropics are absorbing more energy than they are losing, whilst the North and South Poles are losing more energy than they are absorbing. If energy absorption and loss are the only factors at play this would mean that the Tropics would be always warming, and the Polar regions always cooling. However this isn’t the case, something else must be transporting heat from the Tropics to the poles.
This is where storms, such as mid-latitude depressions (and hurricanes in the Tropics) come in to play.

We’ll discover in the next article why depressions form on this polar front.